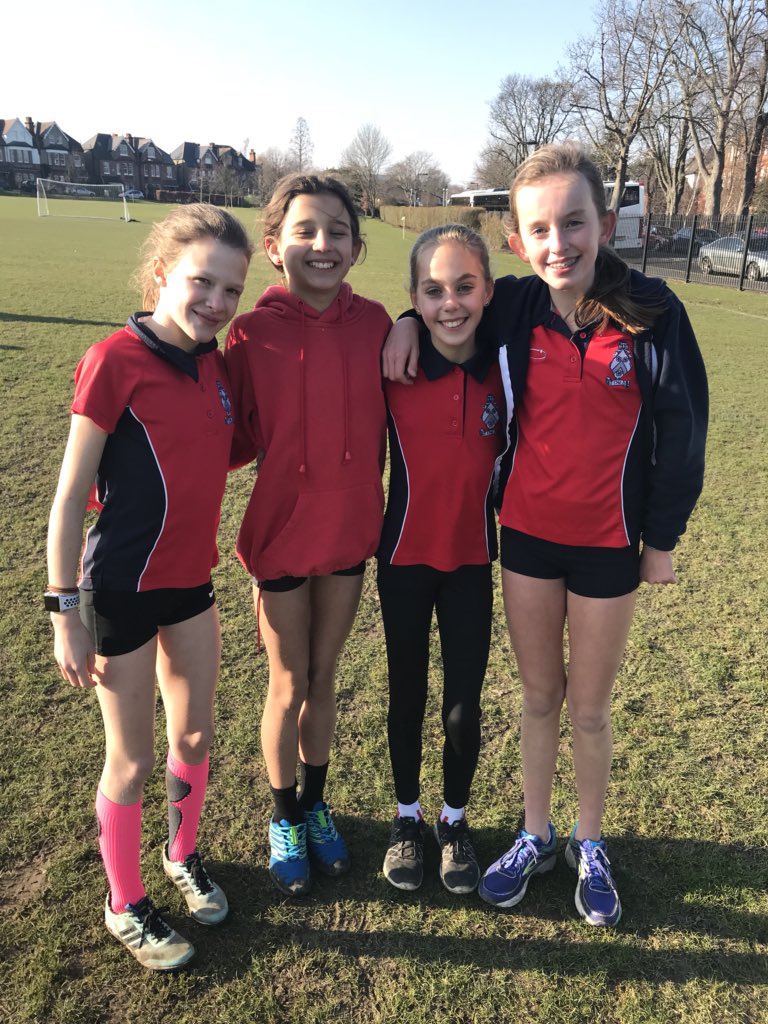 12 Girls from James Allen’s Girls’ School (JAGS) will represent their borough in the London Cross Country championship after winning four gold and two bronze medals in the Southwark Schools race on 22nd February.

In total, 20 girls from JAGS took on runners from schools across Southwark at Alleyn’s School over a distance of three kilometres.

Phoebe Bowen and Annabella Bailey both came away with the gold medals in the Year 8 and Year 7 races respectively; they were joined on the podiums by Louise Maignan (Year 8) and Ivanna Tymczyszyn (Year 7) who picked up the bronze medals in the same races.

These four individual medalists and eight of their teammates will now head on to the London Schools Athletics Association’s cross country championship on 6th March at Avery Hill after being selected for the team that will compete for Southwark.

There were two further gold medal successes on the day for JAGS as the combined times of all the runners from the Years 7 and 8 races saw them celebrate winning the team competitions.