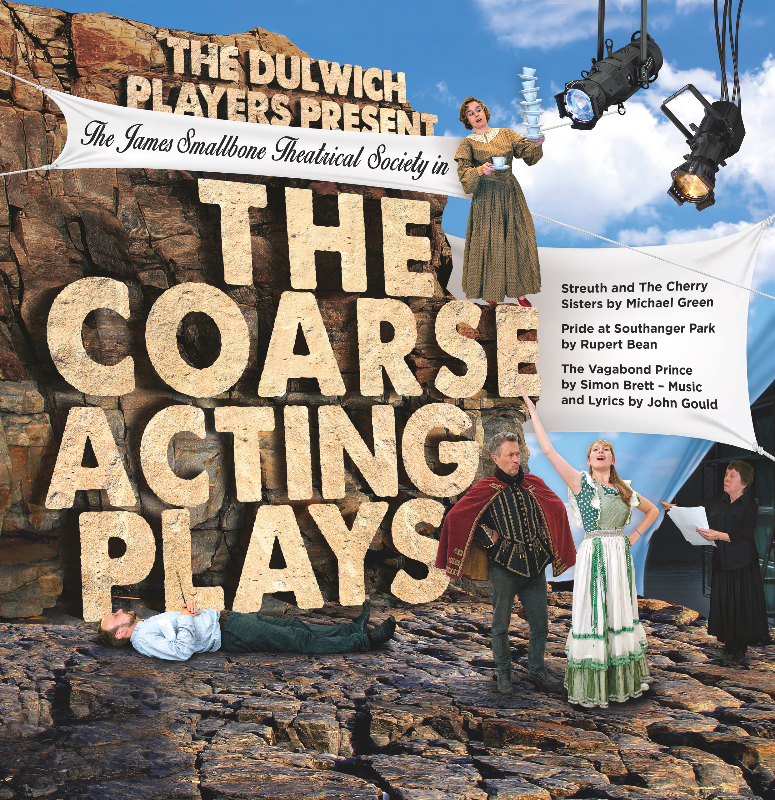 Never restrained by their many, many shortcomings, the Sir James Smallbone Theatrical Society, fuelled by self-delusion, pomposity and an unrequited love of the theatre, will be staging the Society’s Annual Jubilee Festival of the Dramatic Arts. A last minute change of venue, double booked with a less than charitable charity event all add to the evening’s mayhem.

The Dulwich Players, in the guise of Sir James Smallbone’s finest, dare to look at the less accomplished side of amateur dramatics. The four, mercifully, short plays being presented for your entertainment will be ‘Streuth’ (a little known murder mystery play); ‘Pride of Southanger Park ‘(a previously unknown regency drama); ‘The Cherry Sisters’ (an undiscovered early Chekhov fragment) and, to round off the evening, the stirring romantic musical that is the ‘The Vagabond Prince’.

The intrepid casts have to battle against the laws of Coarse Acting, where actors fail to appear, props fall to pieces, effects fail and fellow actors remember everyone else’s lines but their own. Confusion reigns in a joyous evening of comic theatrical fun.

This amateur production of The Coarse Acting Plays is presented by special arrangement with Samuel French, Ltd.