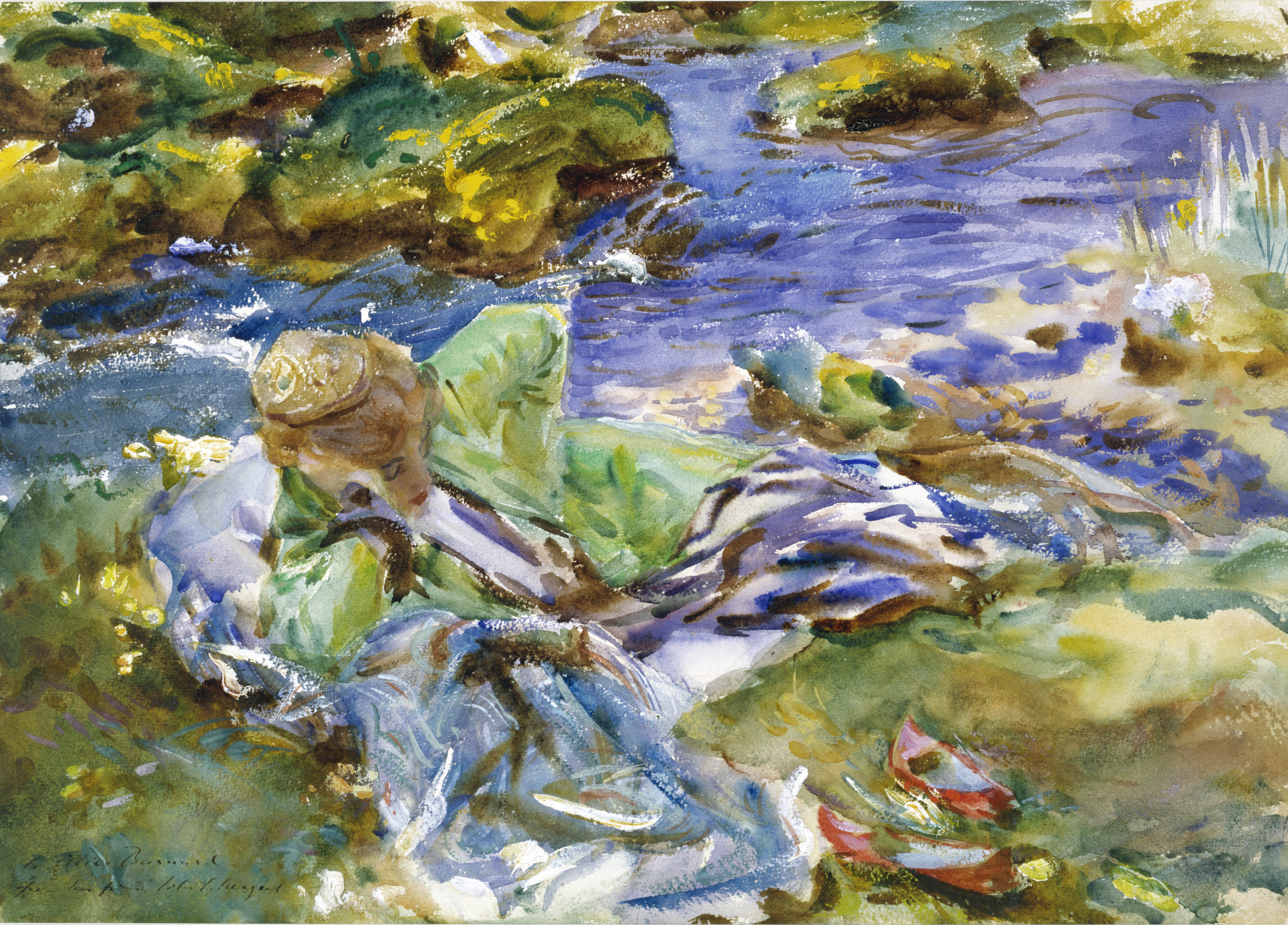 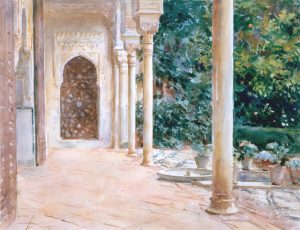 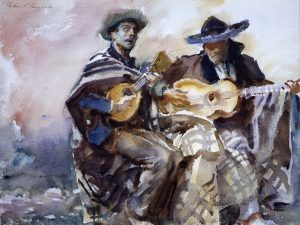 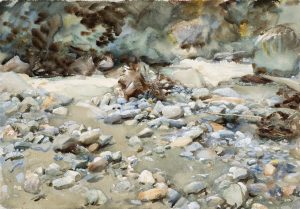 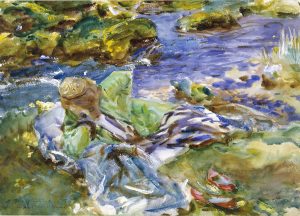 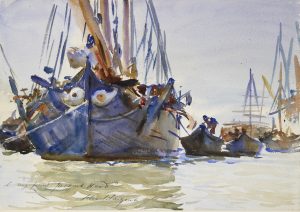 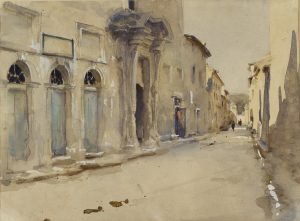 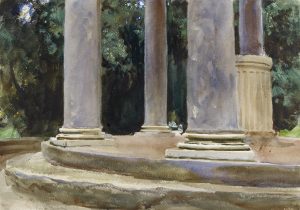 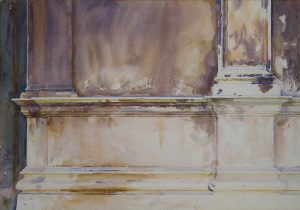 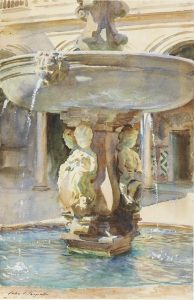 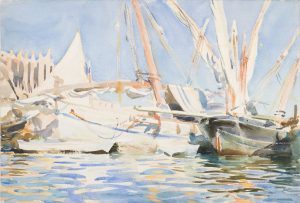 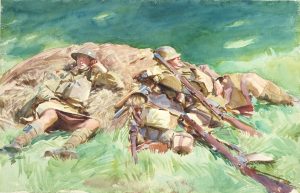 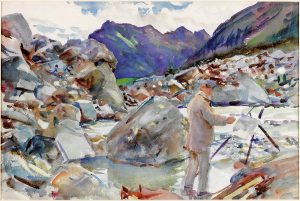 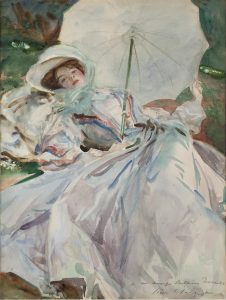 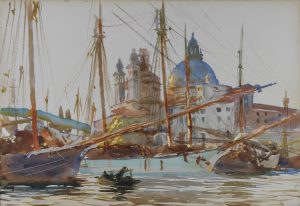 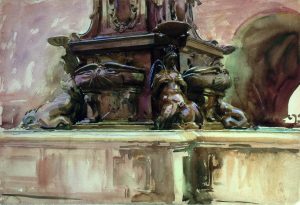 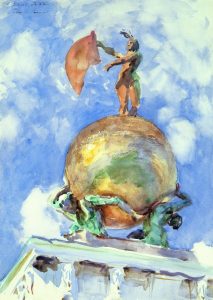 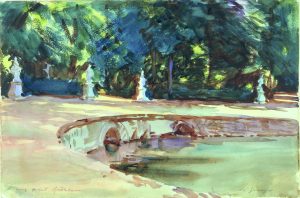 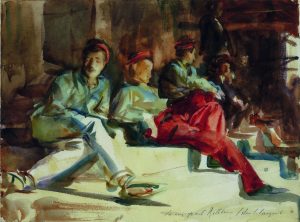 In June 2017 Dulwich Picture Gallery will present the first major UK exhibition of watercolours by the Anglo-American artist, John Singer Sargent (1856- 1925), since 1918.

A key selection of works from over 30 lenders, including The lady with the umbrella, 1911, on display in the UK for the first time, will offer an alternative perspective on Sargent, demonstrating a technical brilliance and striking individuality.

‘Sargent: The Watercolours’ will bring together 80 works from arguably Sargent’s greatest period of watercolour production between 1900 and 1918. Renowned as the leading portraitist of his generation, Sargent mastered the medium of watercolour during his painting expeditions to Southern Europe and the Middle East, where he developed a distinctive way of seeing and composing. Whilst these watercolours have often been dismissed as simple travel souvenirs, they were an integral part of Sargent’s artistic production.

Arranged thematically, the exhibition will showcase Sargent’s landscapes, architectural structures and figurative scenes. It will draw attention to the most radical aspects of his oeuvre, in particular his use of the close-up to focus attention on a specific motif, his unusual use of perspective and the arresting and dynamic poses of his figures. The show will also serve as a startling reminder of Sargent’s mastery of the visual complexities of light, the effects of which are present in almost every one of his works.

“In Sargent’s watercolours we see his zest for life and his pleasure in the act of painting. The fluency and sensuality of his paint surfaces, and his wonderful command of light, never cease to astonish us. With this exhibition we hope to demonstrate Sargent’s mastery of the medium and the scale of his achievement”.

Sargent practiced the art of watercolour from a young age and continued to use it throughout his career, his style developing in tandem with his work in oils. By 1900, aged 44 and at the height of his career, he had grown restless, seeking escape from the confines of his studio and the pressures of portrait commissions. Working en plein air, he explored subjects of his own choosing, travelling to remote spots where he could work undisturbed. For this purpose, he regularly turned to watercolour, a medium that allowed him to paint, rapidly and without much preparation, a scene that caught his eye.

The show will open with some of the best examples of Sargent’s fragments and close-ups. Sargent rarely painted buildings as complete and coherent entities; his sliced angles and perspectives and the unorthodox viewpoints require the spectator to imagine their complete form. In Rome: An Architectural Study, c. 1906-7, Sargent records a corner of a building, concentrating on the effect of daylight on the stone using contrasting warm and cool tones. In The Church of Santa Maria della Salute, Venice, c. 1904-9, the domes of the great church are obscured by the rigging of ships in the canal so that they become part of a pictorial pattern.

The show will go on to explore Sargent’s depictions of cities, in particular, his paintings of everyday life in Venice, which he often captures from canal level – the city seen from the gondola perspective. Works also depict the less glamorous side canals, with their narrow passageways, their strange geometries and the mysterious play of light and shade. Painting some of the most famous sites in other cities, Sargent only gives a glimpse of their grandeur, concentrating more on the pattern and form surrounding as in the earlier work, Constantinople, 1891, in which he depicts a strikingly horizontal view of the historic center of Istanbul.

After the turn of the twentieth-century, Sargent painted more landscapes than any other subject. His scenes are often unconventional, opting for closely cropped details rather than full, panoramic views. Sargent focused on form and surface pattern, particularly in his mountain landscapes such as Bed of a Torrent, c. 1904. He transforms mossy rocks and flowing brooks into a complex arrangement, rejecting distance and scale. Similar to photographic snapshots, his landscapes, with their informal compositions and abrupt cropping, capture a moment in time.

The exhibition will culminate with a selection of Sargent’s figurative paintings, including depictions of his travel companions, fellow artists and working people as in Group of Spanish Convalescent Soldiers, c. 1903. In many of these works Sargent rejects the primacy of the figure. In The lady with the umbrella, 1911, for example, his subject is foreshortened and contorted, an avoidance of the obviously pretty and picturesque.

The show will be curated by Richard Ormond and Elaine Kilmurray, widely accepted as the UK reigning experts in this field. Richard Ormond is Sargent’s grand-nephew. He was previously director of the National Maritime Museum, London. Elaine Kilmurray is an art historian, author and curator. She has worked with Richard on numerous publications and co-curated exhibitions on Sargent’s work in London, Washington, D.C., Boston, Ferrara and Los Angeles.

The exhibition will be accompanied by a fully illustrated colour exhibition catalogue and will feature fascinating new research into Sargent’s watercolour oeuvre with lead essays from the curators.