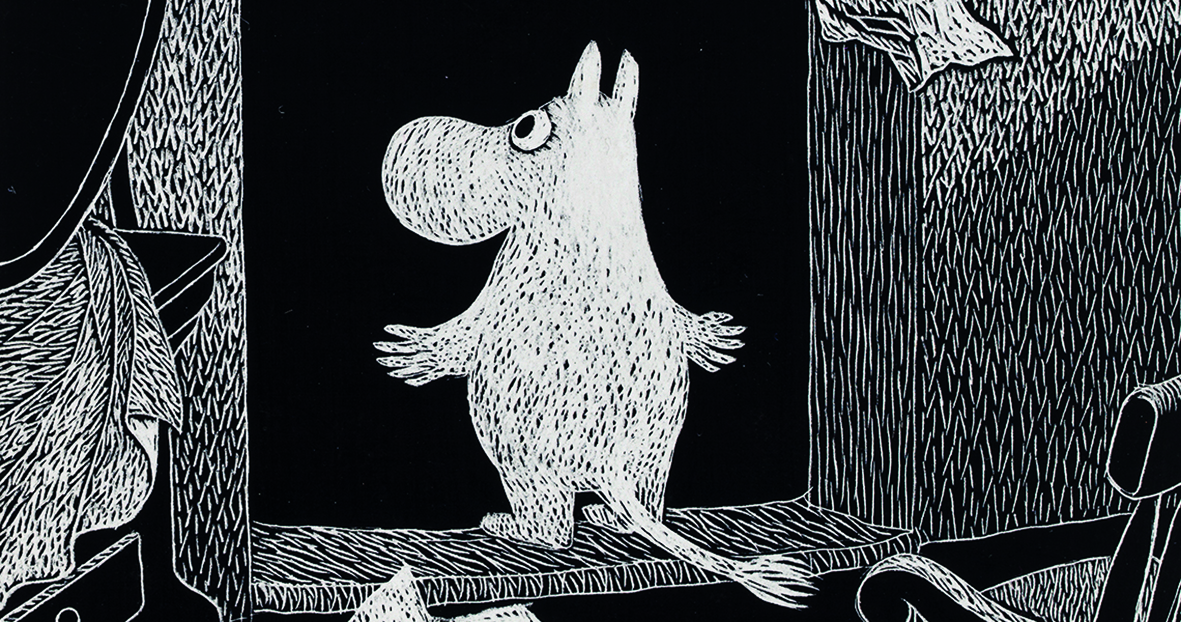 The first UK retrospective of one of the most celebrated illustrators of the 20th century, Tove Jansson (1914–2001). Known internationally as the creator of the Moomin characters and books, Jansson’s broader output of graphic illustrations and paintings are relatively unseen outside her home country of Finland.

Sargent: The Watercolours: Until 8 October 2017

The first UK show in nearly 100 years devoted to watercolours by the American artist, John Singer Sargent (1856–1925). This exhibition brings together over 80 watercolours to reveal Sargent’s idiosyncratic view of the world and the scale of his achievement.

The Private Made Public: Antonio de Pereda, until 8 October 2017

On display is Antonio de Pereda’s Two Figures at a Table with Kitchen Utensils (1631-1678), on loan from Penrhyn Castle (National Trust). A contemporary of Velázquez, Pereda is one of the finest still-life painters of the Spanish Golden Age and his Kitchen Scene is filled with exquisite details, which visitors will be able to explore at close quarters.

Gallery Lates: 6–10pm, £12 Standard, £10 Concessions and Friends
Every month we’re bringing you specially themed Friday Lates that offer the chance to experience the Gallery in an entirely unique way. Start your weekend with exclusive after-hours access to exhibitions, performances, music, workshops and talks – all with a drink in-hand.

Feast: 6 October
Taking inspiration from Antonio de Pereda’s Two Figures at a Kitchen Table, we’ll be hosting a night of multi-sensory exploration where you’ll have the chance to get up close and personal to the exquisite still life details in our Collection.

Dulwich Pavilion: Until 8 October 2017
Last chance to see the Gallery’s very first pavilion, designed by emerging architects, IF_DO and celebrating 200 years since the Gallery first opened to the public.

In Memory of Giles Waterfield (1949-2016): 18 October
Two special lectures in memory and celebration of the late Giles Waterfield, the Gallery’s first Director, covering topics we think Giles would have enjoyed.

John Sheeran: Saving Dulwich Picture Gallery
3.30pm, £12, £10 Friends
Former Keeper at the Gallery, John Sheeran will give a personal tribute to Giles exploring the development of the Gallery from a place with no electric lighting to an international renowned cultural hub.

Thomas Marks: The Witty Museum
7pm for 7.30pm, £16, £14 Friends
We are delighted to welcome Thomas Marks, editor of Apollo Magazine, for an entertaining lecture exploring the possibilities within museums and art galleries for comedy and ambiguity.

Contextual Lecture Series: Continental Culture: The Road to Europe
All lectures, Tuesday mornings 10.30 – 11.30am, £12, £10 Friends
Throughout this series we examine facets of European development, social and political unrest and the remapping of a continent. Over the past 200 years Europe has been fraught with war, disease and struggle but from the darkness came cultural progression and political innovations that have changed art, politics and the world.

Dr Jan Pigott: Dulwich Picture Gallery in Context – 10 October
This lecture will explore the significance of the Gallery’s Permanent Collection, personalities in the Gallery’s history, and relations with Dulwich College and the Royal Academy.

Professor William Doyle: The Eclipse of Aristocracy – 17 October
For most of their history the countries of Europe were ruled by hereditary, privileged, landed elites, but by the 18th century their dominance was beginning to be questioned. We discuss their decline.

John MacAuslan: When Europe Shriveled: the 5th Century – 31 October
Fourth-century Europe seemed prosperous, stable and secure, but this came to a sudden end in the fifth century. Nobody then had foreseen the catastrophe; what tipped them over the edge? And what happened in Britain?

InSight Lecture Series: 20th Century Art and Architecture of South America
10.30-11.30am, Series of 3 £32, £26 Friends. Single lecture £12, £10 Friends
This series examines key periods in the vibrant history of South American Art and Architecture, from the innovative buildings of Oscar Niemeyer to the artists of the 1930s, who created a distinctive and confident art movement.

Oscar Niemeyer: the Geometry of Freedom – 4 October
The architecture of Oscar Niemeyer is central to the cultural identity of twentieth-century Brazil. This talk will trace an extraordinary body of work across eight decades and several continents, from collaborations with Le Corbusier and the breakthrough projects of Pampulha.

Radical Geometry – 11 October
In the 1930s the prospect of a bright new future, powered by economic prosperity and political stability, encouraged young artists in Argentina, Uruguay, Brazil and Venezuela to create a new visual language. This talks looks at such innovations as interactive sculpture and shaped canvases.

InTown Lecture Series
7 for 7.30pm, £12, Friends £10
A series of lectures about major exhibitions in other London galleries

Jasper Johns: ‘Something Resembling Truth’ at the Royal Academy – 5 October
Jasper Johns has occupied a central position in American art since 1958 when he established a new direction in a world which was, at that time, dominated by abstract expressionism.

Matisse in the Studio at the Royal Academy – 19 October
Graham Greenfield will examine this new exhibition which displays the eclectic contents of Matisse’s studio, together with the paintings they inspired. Many other sources of inspiration will be shown and their influence discussed.

Tuesday Evening Lecture Series: Immigrant Artists
7.00 for 7.30pm, £12, £10 Friends
This series of lectures discusses the way in which foreign artists came to influence the work of art in Britain, their British contemporaries and later generations.

Pictures, Sculptures, Silks and Silver – Foreign Artists in Britain, 1650 – 1750, 3 October
From Huguenot silks and silver, to elegant portraits and glorious sculptures, this talk looks at the influence of the European Baroque on the art of Britain.

Anthony van Dyck and Britain – 17 October
Well known in Europe, Van Dyck was invited to England in 1632 by King Charles I. Until his death Van Dyck became a popular chronicler of the English court, his brilliant style of portraiture hugely influencing later generations.

Mini Masterpieces
Experience the delights of our Collection with your child aged 6-24 months. Enjoy an informal, child-friendly gallery visit followed by a hands-on, sensory art session tailored for you and your baby. Collection-based themes change monthly – come to one or all!
10am – 11am and 11.30am – 12.30pm. £12 per adult & child

The Big Draw (Living Lines)
7 October, 10am – 5pm, Adults standard gallery entry charge; children FREE
Join us to celebrate The Big Draw. Bring our Permanent Collection to life by creating stop-motion animations with artist, Chloe Cooper, who will guide you through the process of planning your story, drawing characters, and animating them.

October Half-Term
23 – 29 October
Join us as we celebrate Tove Jansson and the world of Moomins with a week of creative mixed-media workshops.

Huggable Heroes (6-9yrs)
24 & 25 October, 10am – 12.30pm, £35
Over two days come face to face with Moomintroll, Little My, Snufkin and many more characters from our exhibition, to create your own fantasy cuddly toy!

Create a Character (10-12yrs)
26 & 27 October, 10am – 12.30pm, £35
Play with character and exaggeration to come up with your own creation inspired by the Moomins. Over two days create a variety of character drawings using mixed media, and then mould and cast your own 3D character head.

Museums at Night
28 October, 6 – 9.30pm, £20 per child, accompanying adults FREE
Enjoy Tove Jansson after dark, let the Freshwater Theatre Company take you on a theatrical journey, make you own fabric Moomin creatures and help build a magical Moomin world in the Mausoleum.

Sargent’s Strokes
Three Saturdays from 7 – 21 October, 10am – 1pm, £30 per session, or £85 if you book all three
Celebrate the final weeks of Sargent: The Watercolours with three watercolour workshops – take part in one or all three. The first session will focus on fragments, the second will focus on reflections, and the third will focus on landscapes. Take inspiration, as Sargent did, from the environment around you, or work from photographs from your own travels.

Drawing for All
Ten Tuesdays from 10 October – 12 December, 10am – 1pm, £130, £125 for five sessions
Take part in this drawing course designed for beginners or those who would like to extend their drawing practice. Each session will have a different focus and draw from a variety of sources: still lifes, life models, and more. Sign up for five or ten sessions!

Off The Wall: Saturday 14 October. 2 – 4pm. Free
Meet new people, work with a professional artist and engage in lively discussion as you challenge the role of galleries for young people today. Working in the Gallery you will explore universal themes such as love, power, beauty and equality, using our Permanent Collection and temporary exhibitions as your stimuli.