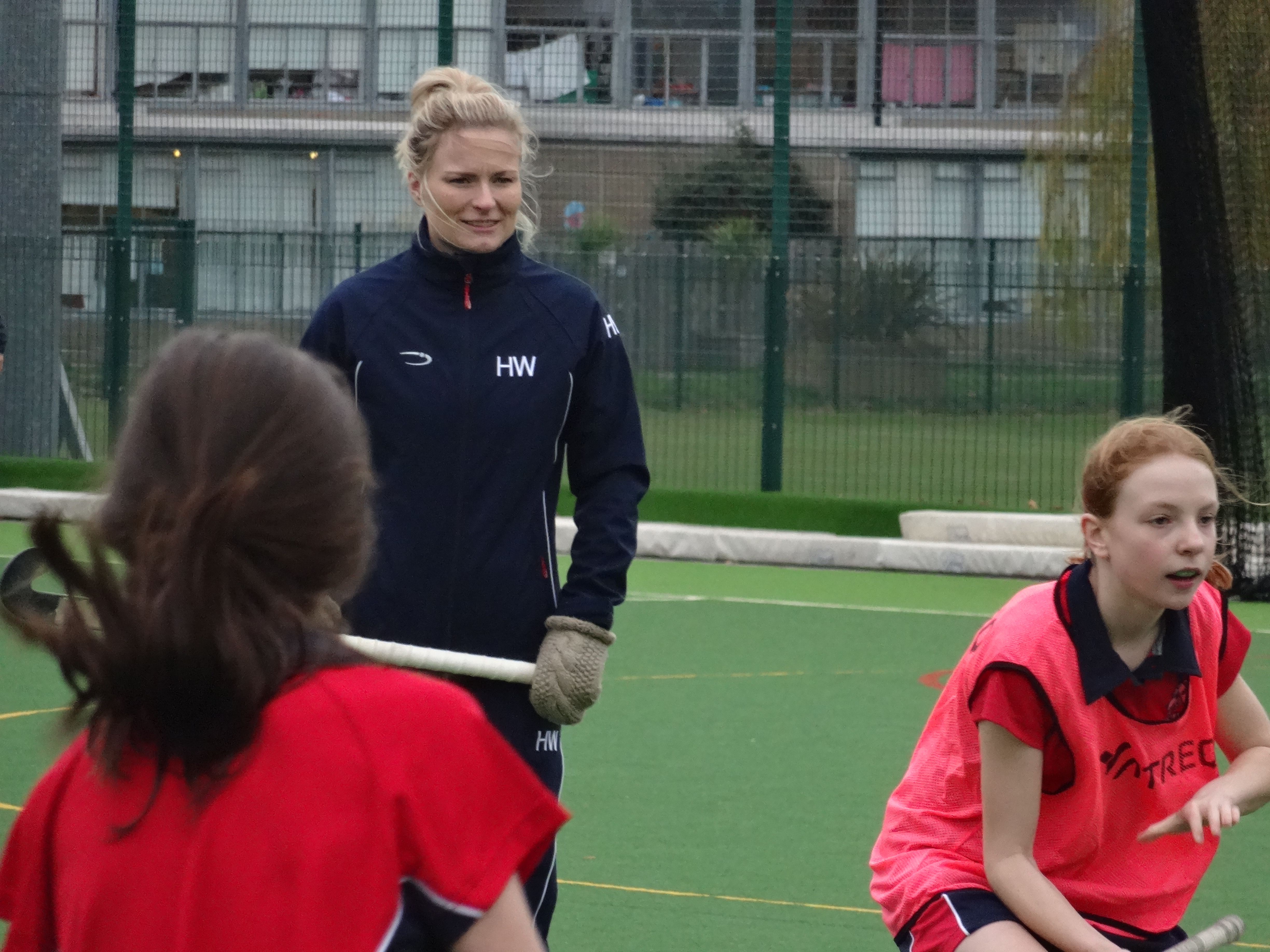 Olympic hockey star Hollie Webb gave students at James Allen’s Girls’ School an insight to how she reached the pinnacle of her sport before taking to the pitch with the school squads.

Hollie, who scored the Gold medal winning penalty in the final against The Netherlands at the Rio Olympics spent yesterday in East Dulwich to pass on some of her skills to hockey stars of the future.

At the start of the day she spoke to all students at assembly where she talked about her journey to Rio 2016 and the ethos of the Team GB Hockey team that led them to gold medal glory.

She spent the rest of the day on the astro turf, putting the school’s hockey squads through their paces with some of Team GB’s training drills. The girls also had the chance to ask about her experience in Rio and get her tips on how to reach the highest level in the sport.

At the end of each training session, Hollie rewarded the players for their hard work by signing their hockey sticks. She also gave them a final incentive to keep practicing by passing her gold medal round to show what they could go on to achieve.