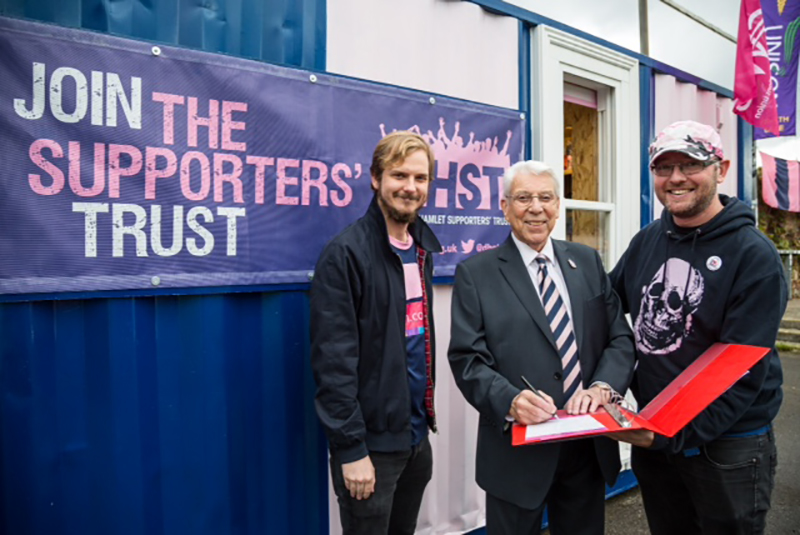 Heading into Mid-October Dulwich Hamlet sit just outside the the play-off places in the league. Unbeaten away from home The Hamlet have failed to find consistency at home and and despite a crowd of over 2,200 spectators attending Dulwich Hamlet’s recent first ever Trade Union Day against Bognor Regis, the visitors ran out 3 -1 winners. The following game saw Dulwich secured a point at Leatherhead after coming back from 2 goals behind and if they had taken their chances in the closing stages of the game, could have been leaving the Fetcham Grove ground with all three points. On Tuesday 18 October a healthy mid-week crowd of 750, at Champion Hill, saw the team bounce back from the Bognor Regis home defeat to beat newly promoted Harlow Town 3-1.  This game marked the visit of Benjamin Odeje. In 1971 Benjamin Odeje became the first black footballer to represent England, appearing in a schoolboy international against Northern Ireland and had two short spells playing for Dulwich Hamlet. Ben fondly remembered our fans during his time with us: “I really felt the warmth of the fans during my time at Dulwich, and all these years later it’s great to see so many here tonight passionately supporting the team”

We are always delighted when fans join up to the Trust.  It’s rewarding to see fans appreciating the work we are doing for the club. We are particularly pleased that all the club’s Football Committee are now members. This is a fantastic recognition of the work that the Trust Board are putting in alongside other volunteers (such as those on said committee) to make Dulwich Hamlet a success.  Our latest recruit was former Chair of the Club and now President, Jack Payne. Jack signed his form by the Mega-Container before the game last Saturday with our membership secretary (Peter Wright) on the left and Chair (Duncan Hart) on the right.