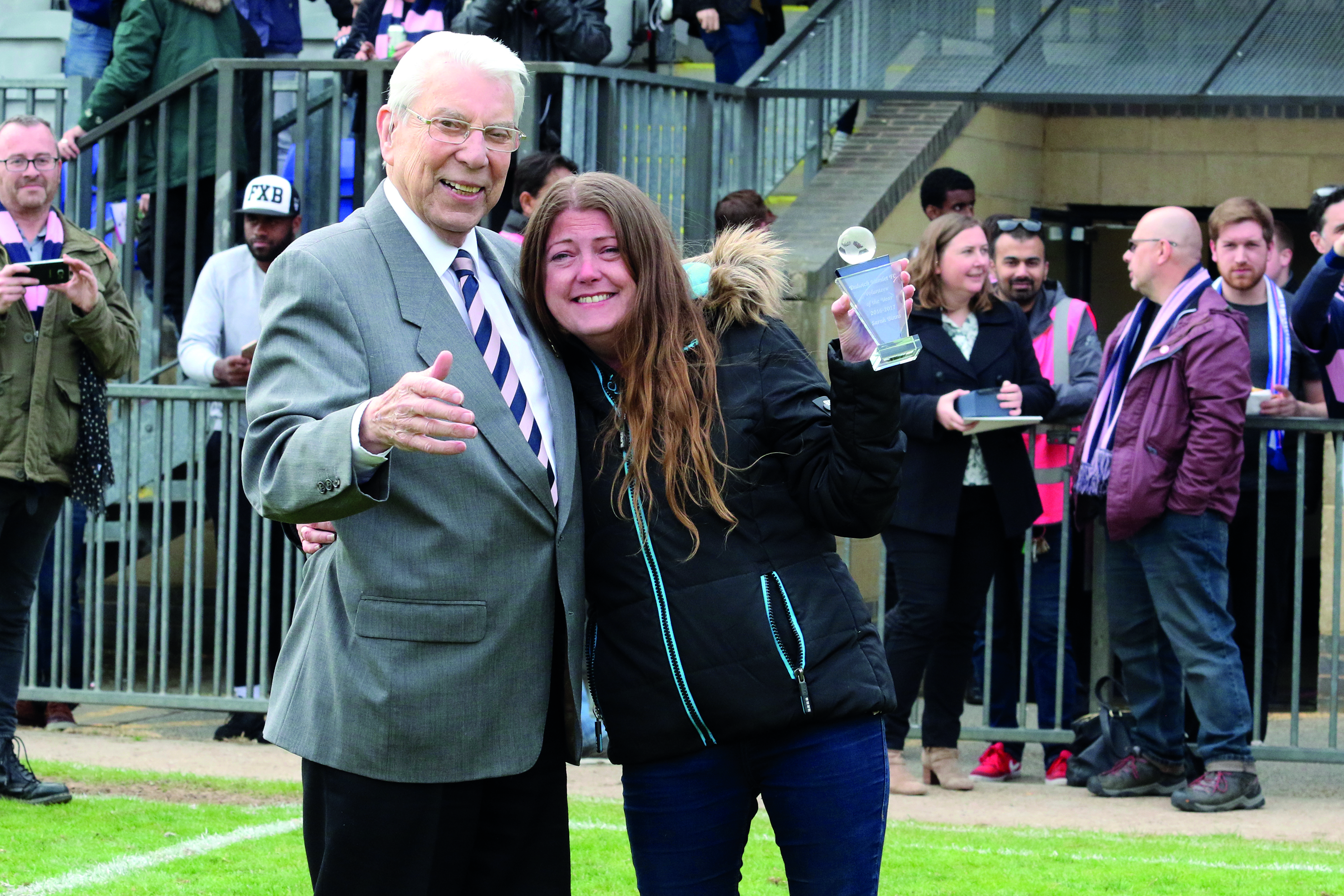 Despite losing against already relegated Greys Athletic in the lost home game of the season, Dulwich Hamlet sealed their place in the Ryman Premier league’s promotion play-offs for the third year running.  At the time of writing the team travels to fellow promotion candidates Wingate and Finchley hoping to secure a home fixture for the one legged semi-final tie due to take place Thursday 27 April.

The club reached the semi-finals in both the League and London Senior cup competitions this season but disappointingly failed to make either final. The recent London Senior Cup lose away to Cray Valley Paper Mills was particularly hard to take due to the fact that it had previously been announced that the final was to take place at Champion Hill.  Despite The Hamlet going into a 2-0 lead, the home side forced extra time which saw the Southern Counties East league side hold out to win 3-2 and seal their place in the final.

After the final home league game of the season, the club announced this year’s winner of the Club Person of the Year and it deservedly was awarded to Supporters Trust Board member Mel Hughes.  Mel puts in 100’s of voluntary hours a year into ensuring that the club shop is always fully stocked of amazing Dulwich Hamlet supporters merchandise and she can often be seen in the local East Dulwich post office on a Saturday morning posting items to Hamlet supporters around the world.

For the first time the club introduced a Volunteer of the Year award and this was won by Sarah Binns.  Each season, the Supporters’ Trust put in many hours of volunteering both behind the scenes and on match days and we have a great team of Trust members who regularly help us out.  There is always room for more volunteers covering such work as 50/50 sales, programme sales, flyering, working in the Mega Container, general ad hoc work and doubling up with other roles for big matches.  If you’re interested in volunteering you can contact the Supporters Trust at info@dhst.org.uk

Combined with collections on the day & the proceeds of the clubs 50/50 ticket sales, around £2,000 was raised for charity in the recent silent auction to win one of the clubs one-off purple International Women’s day kit’s which was recently worn against Merstham FC.  The remainder of the kit was raffled off over three recent home matches, organised by the Dulwich Hamlet Supporters’ Trust, with every penny from this being split being handed over to help pay for our free-to-see Dulwich Hamlet-TV service; & the Inter City 125 campaign, which is trying to raise enough money to take The Hamlet to Hamburg, for a pre-season training camp to Germany in July 2018, which will include a special celebratory game against our good friends from Altona 93.

Before the last league fixture of the season, a group of Dulwich Hamlet FC fans will be walking from Champion Hill all the way to our away game at the Harry Abrahams stadium, home of Wingate & Finchley FC. The purpose of the walk is two-fold: Firstly to raise money in aid of the InterCity 125 fans’ campaign, and secondly to raise money for Shelter, a charity the club has supported many times in the past.  The InterCity 125 appeal is an independent, joint fund-raising initiative by Dulwich Hamlet fans, to raise funds for a special trip to take Dulwich Hamlet Football Club on a pre-season tour to Hamburg, Germany in 2018, for a unique celebratory football match with our great friends, Altona ’93. This pre-season friendly in July 2018 will mark the joint 125th anniversary of both Clubs.

Dulwich Hamlet Supporters’ Trust Chair Alex Crane said: “The Dulwich Hamlet Supporters’ Trust is incredibly supportive of both the InterCity 125 appeal and the Shelter charity. It’s fantastic to see so many fans taking part in this charity walk and raising money for two great causes. We would like to wish all fans the best of luck and hope the many sponsors help them all to smash their fundraising targets. I’m sure they’ll have many fans of both Dulwich and Wingate & Finchley warmly receiving them when they arrive at the Harry Abrahams stadium”