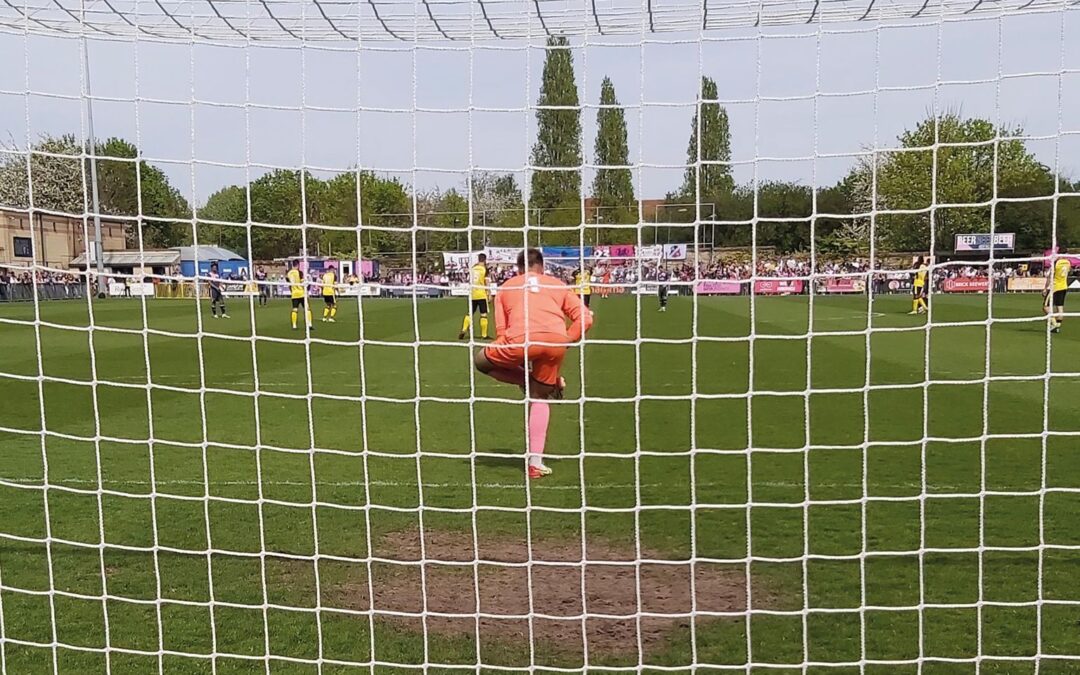 Dulwich Hamlet closed their season before a tremendous crowd at Champion Hill who very much enjoyed a heartening hammering* of Hemel Hempstead, Hertfordshire’s senior alliterative team (*2-1 and a bit squeaky at the end). The victory saw The Hamlet finish tenth in the National Conference South; a creditable enough performance across the season, but mildly disappointing given the heady heights the men’s team reached before Christmas (second no less).

Lots to be cheerful about though.  The home crowds have been consistently huge. And while this has tested the stadium’s facilities to the full, as well as the patience of some of The Rabble, the throng of thirsty fans has helped refill the club’s coffers after a projected period of penury across lockdown. The board, the staff, the Supporters Trust, and all those who work tirelessly to keep our local club thriving, deserve the freedom of Champion Hill for all they have done to steer the Sons of Edgar Kail through this testing period.  Remember, not so long ago the Pink and Blues were exiled to Mitcham, a place where you’d struggle to buy a sourdough loaf. Solzhenitsyn himself would have struggled to do justice to the hardship suffered. Yet now Champion Hill is rocking again with average crowds the biggest in the league at over 2,700. And with the new stadium on the horizon, the future is looking pretty sound.

Some big questions hang over the club, however.  Will long-serving manager Gavin Rose want or be offered a new contract?  Will player of the year, keeper Charlie Grainger, be head-hunted by a more senior club?  And will the urinal under the Tommy Jover ever be unblocked? Only time will tell.

Meanwhile Dulwich Hamlet women’s team had a decent season, finishing sixth in their league and falling just short of cup glory with losing to league champions and their North London nemesis Ashford in the Capital Senior Cup Final. While very much part of the club, the women’s team have developed a strong and unique culture of their own, as well as a passionate and dedicated fanbase.  Next season promises great things.

So that it is it for the season. What are we all going to do?  There’s the Queen’s Platinum Jubilee to look forward to we suppose. And why not celebrate HMQ’s glorious reign by bedecking yourself in patriotic pink and blue, via the online Hamlet merch shop at www.dhst.org.uk. It is what she would want.

See you in August and Up The Hamlet.