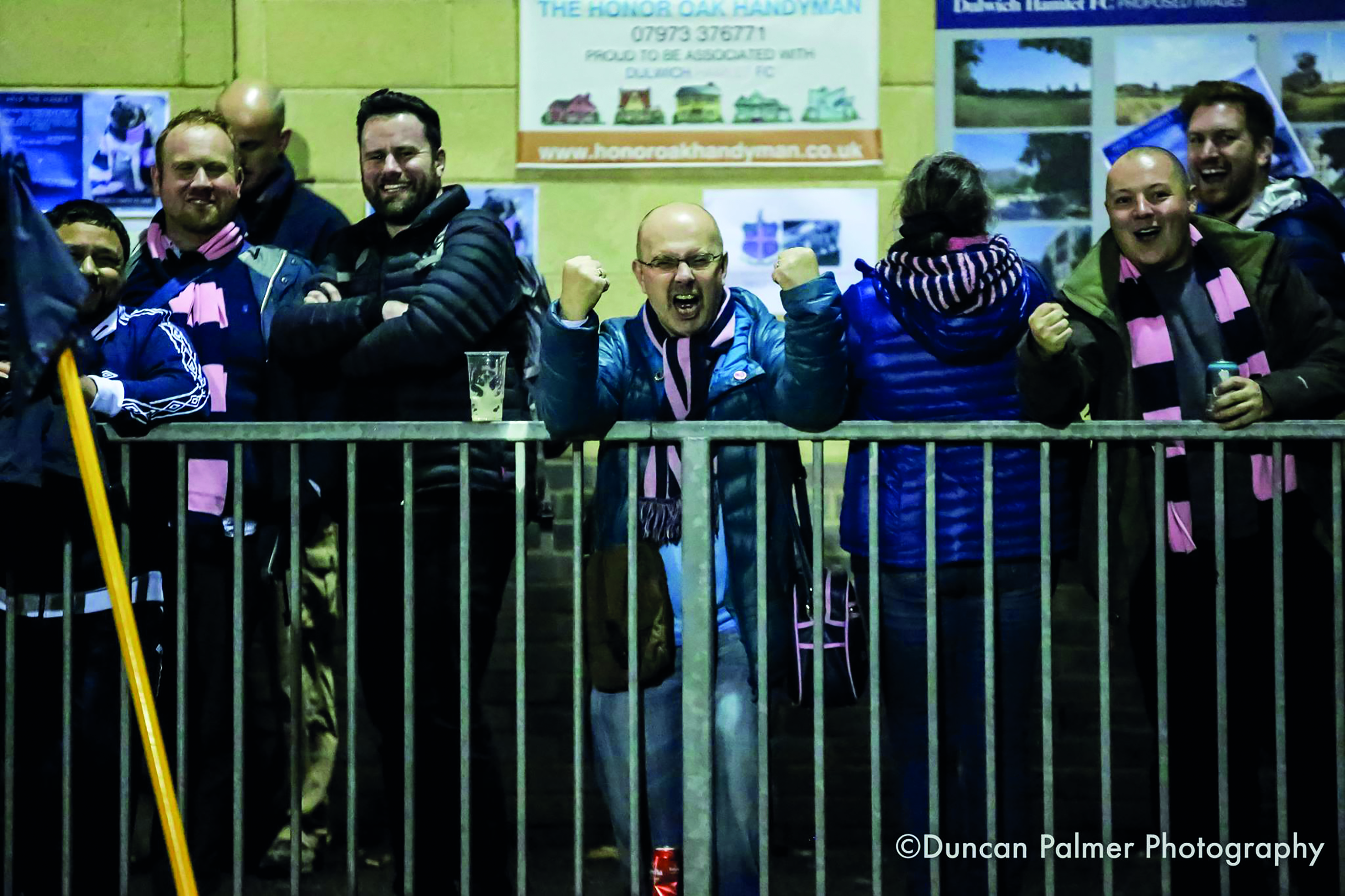 With the team sitting comfortably at the top of the league, Dulwich Hamlet has entered a period of uncertainty. For those who are not aware, the operators of the Football Club and owners of Champion Hill (Meadow Residential) announced the withdrawal of all financial assistance to the football club. They have handed back responsibility and payment of the players and staff to the Club’s owner, Nick McCormack. This action potentially threatens the Club’s ability to compete at a level which matches the ambition and the Trust Board has been working hard, alongside the Football Committee, to find a solution. However, this has been made harder by the fact that key information, and clarity on the situation, has not been forthcoming (at the time of writing). We will continue to work hard and try our best to reach a positive outcome for club, its’ supporters and the local community.

What has become clear since this announcement from the Dulwich Hamlet’s Football Club Committee, and the local and national media attention that followed, is just how much people care about Dulwich Hamlet. The level of support for the Club has been overwhelming; not just from our own supporters and the local community, but from the wider football community around the world. This support suggests that, should the situation worsen, we will not go without a fight. The response to fundraising efforts has been terrific and we are very fortunate to have the 12thman scheme (@dhfc12 ) already in place. It provides a direct way of funding the team to make up any shortfall that has resulted from recent events.

You can support the work we do by joining the Supporters’ Trust. I am pleased to say that over the last couple of weeks we have had a fantastic response from supporters, with over 150 new members signing up.  This takes us to well over 500 members in total, which is the largest member base the Trust has ever reached. It was only less than a week before that we celebrated our 400th member (who is also one of our youngest), thanks to Tim Glenn signing up his young son George. George was also a mascot against Staines Town earlier this season and attends most games with his Dad. You can join Tim, George and over 400 other members by joining the Supporters’ Trust at tonight’s match. Sign up in the shop or join us online via our website at www.dhst.org/join. It costs just £10 for adults, £5 for concessions and £2 for under 18s.

Alongside many new members, this month saw a huge surge in sales of merchandise at our online shop (www.dhfcshop.co.uk). This was partly fuelled by receiving the latest batch of replica shirts, which are now available to buy. Purchasing merchandise from the Trust shop also helps direct funds back to the Football Committee as we currently share a percentage of our profits with them.

Details can be found below of home matches coming up in December at Champion Hill.