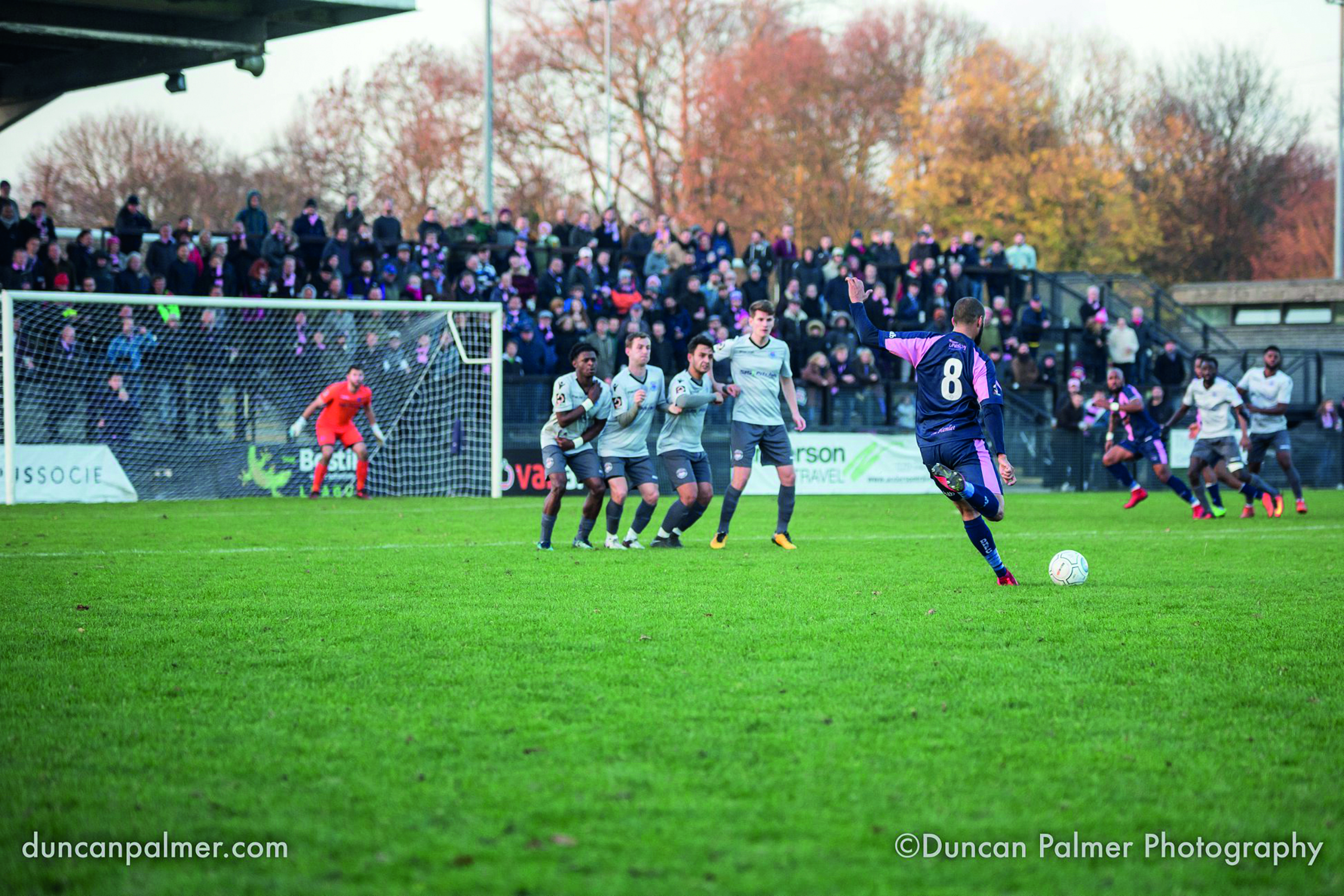 Whilst the playing squad continues to try to find some consistency on the pitch, the team off the field have been continuously working hard over the past 9 months to get them back playing games at Champion Hill.  In early October an agreement with the current owners of the ground, Southwark council and Dulwich Hamlet was reached, resulting in the club being given a lease to return to its home in East Dulwich before Christmas.

Joint Supporters’ Trust Chairs, Alex Atack and Duncan Chapman commenting on the clubs return “As we’re sure you are aware by now, the Club is looking forward to our return to Champion Hill next month.”  They continued, “Whilst we are obviously delighted that the Club is able to return to Champion Hill, we must acknowledge the months of hard work behind the scenes by so many people. First, Liam Hickey and Tom Cullen, who stepped up to become the Club’s Directors when we had to leave Champion Hill. Familiar faces to all who attend the matches, Liam and Tom took on the almighty challenge of running the Club when Meadow handed over control. They worked tirelessly to find us our temporary home whilst bringing investment into the Club which allowed us to continue to compete despite reduced matchday revenues. Liam has since stepped down, and been replaced by Ben Clasper (CEO of our shirt sponsors Rogo Scott).   Recently, Ben has been at the forefront of driving negotiations around our return to Champion Hill. The amount of work that has gone into the conversations between Southwark Council and Meadow Partners, alongside the Trust, cannot be underestimated and without Ben representing the Club at the meeting on 22nd October, we are confident that we wouldn’t be returning to Champion Hill on such favourable terms.”

“On the topic of the meeting on 22nd October, we must acknowledge the instrumental role of Tracey Crouch MP (the former Sports Minister). Everyone connected with the Club was delighted by her statement in the House of Commons in March, offering support and the opportunity for mediation over the dispute. Ideally it wouldn’t have come to it, but to see Tracey follow through on her words and call a mediation meeting, which ultimately led to our return, was fantastic and couldn’t have come at a better time given her resignation last week. A little closer to home, both Helen Hayes MP and Harriet Harman MP have been immensely supportive of the Club’s return to East Dulwich. Lord Roy Kennedy also spoke up for us in the chamber of the House of Lords and drummed up support in the corridors of Westminster armed only with a smile and a Hamlet scarf! We look forward to welcoming them all back to Champion Hill when we return.”

So many supporters and members of the local community have been instrumental in driving the campaign to get the club back to SE22.  Some, through organised campaigns such as SaveDHFC, have ensured our plight is at the forefront of everyone’s minds.  The 12th Man scheme has contributed hugely to the playing budget and allowed the Club to not just survive but also to gain promotion to and compete in the National League South

As part of preparing Champion Hill for the return of the club, the Supporters’ Trust recently put out a call for volunteers to help clean up the stadium. This took place on Saturday 10 November, as our National Conference South game away game against Truro City was moved to the Sunday.  Over 80 fellow supporters and community members got stuck into tasks like sweeping, scraping and weeding – inside and outside the stadium.  Thanks to everyone who was available to assist on the day – you all fully deserved the fantastic food provided by local East Dulwich businesses Meat Liquor and Franco Manca.

Talking of local businesses, The East Dulwich Tavern held another General Knowledge Quiz Night and Raffle in aid of Dulwich Hamlet’s 12th Man fund raising scheme.  Entry on the night was £2.00 per person, with the addition of some great raffle prizes, £810 was raised for the football club on the night.

For upcoming fixtures and confirmation of the first game back at Champion Hill, please visit the club website:  dulwichhamletfc.co.uk