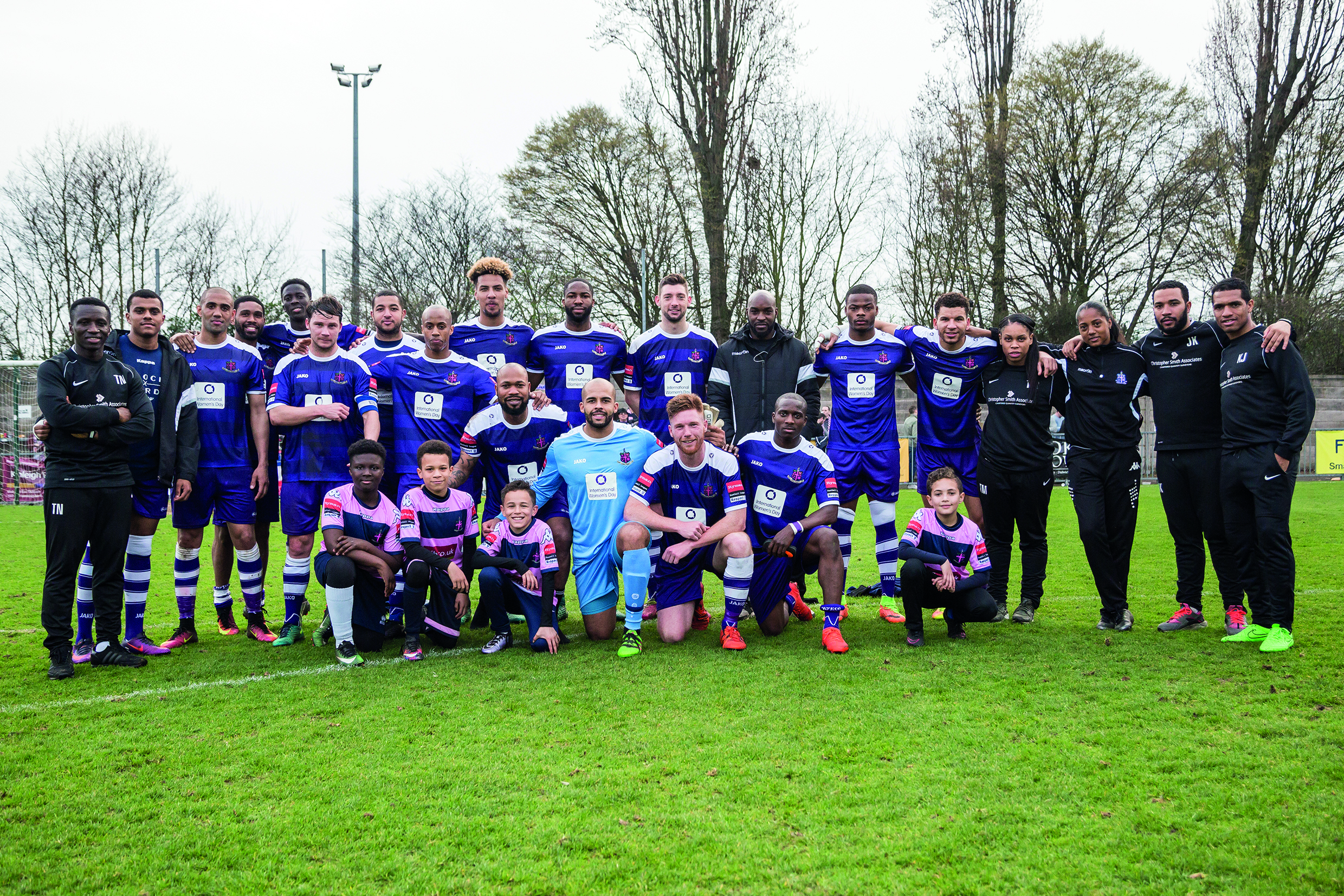 A crowd of just under three thousand fans saw Dulwich Hamlet entertain National Conference team Macclesfield Town in the quarter-finals of this seasons the FA Trophy competition, the furthest the club has progressed for three decades.  A wonderful strike from open play from Ash Carew in the 87th minute sealed a replay for the team from East Dulwich.  With the initial date of the replay having been postponed due to snow, some 200 fans made the 10 hour round trip to see the trophy run come to a valiant end with a two – nil defeat against the home side.

With Dulwich reaching the latter stages of three cup competions this season, league games have been few and far in the past month resulting in the the team slipping out of the play-off places.  With a significant number of games on their rivals there is every confidance around the club that the team will make the Ryman Premier League play-offs for the third year run

On Saturday 11 March, Dulwich Hamlet Football Club once again celebrated International Women’s Day (IWD) when they beat Merstham FC by five goals to nil at Champion Hill.  The day was an opportunity to celebrate the contribution that women have made to Dulwich Hamlet FC and our local community.  To commemorate the occasion the club commissioned a special one-off purple kit in lieu of their famous pink and blue colours and both teams were lead onto the field by young female footballers from the offical DHFC charity partner for 2016/17, ‘Football Beyond Borders’.

After the game there was the opportunity for fans to own one of the match-worn purple shirts by entering a silent auction for the kit worn by the starting XI on the day. All the proceeds of the silent auction, including bucket collects on the day, will go to IWD’s charity partners Catalyst and WAGGGS.

On the last evening of February, a Dulwich Hamlet squad took on a Centrepoint XI team in a recent charity match hosted at Champion Hill with the game being sponsored by Dulwich Hamlet Supports Trust.  Amongst the Centerpoint team, containing a number of ex-professional footballers, was both the Hamlet Manager Gavin Rose and Coach Junior Kadi.  Every penny raised that evening was handed over to Centerpoint, a charity in the United Kingdom, which provides accommodation and support to homeless people from 16 to 25.

Picture by Duncan Palmer : Dulwich Hamlet team line up after the game in their ‘one-off’ purple kit

This article first appeared in the April 2017 issue of SE22 magazine.