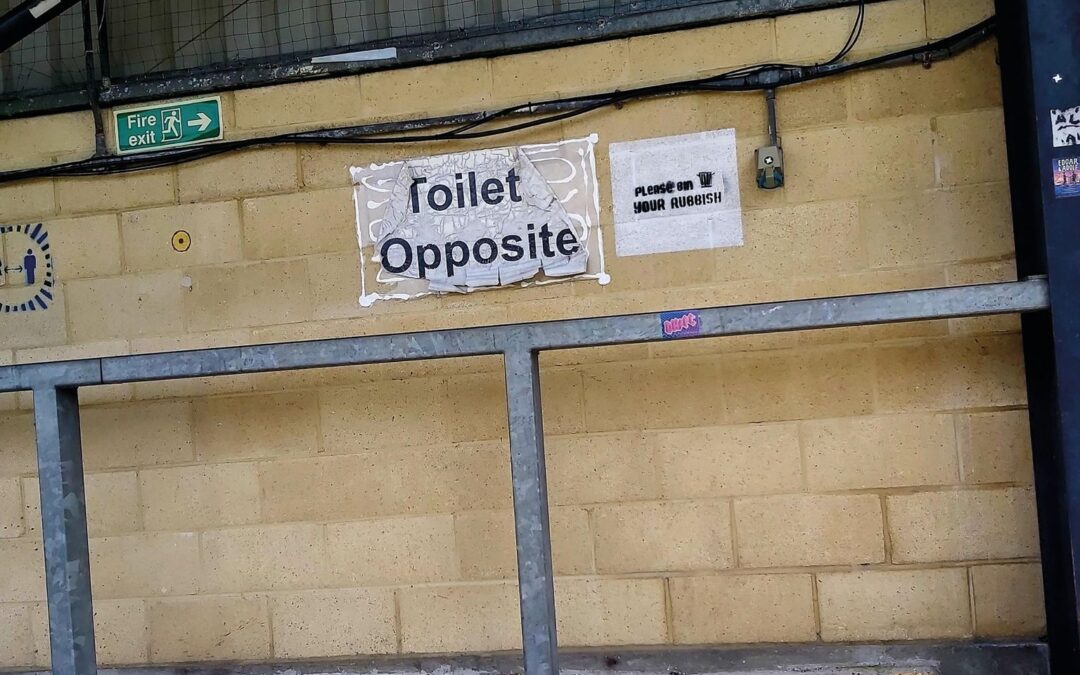 Some Welshman once wrote “Do not go gentle into the fag-end of the season. Rage, rage against the dying of any playoff hopes.” And reader it pains us to report that there is a sense of annoyance among the Rabble as Dulwich Hamlet’s 2021-22 season deflates like a poorly sewn Mitre Ultimatch.

We’ve been here before. Like many local denizens, the Dulwich Hamlet boys have a knack of coming out of Christmas with a mild sense of dread and torpidity, worn across their back like a sodden duffel-coat ill-advisedly worn on a wet Boxing Day constitutional across Peckham Rye. And while 2022 hasn’t been without the odd victory here, and an uninspiring draw there, even the most devoted Rabbleista has resigned themselves to a meh of a mid-table finish. At least we’re safe from the drop.

A highlight in recent weeks was the return leg of El Middleclassico, with the Pink and Blues heading to Bath to play The Romans of that fair if somewhat dull city.  Bath were down to ten men early in the game, so the Hamlet would surely put them to the gladius. Well no, unfortunately, with the game playing out to a dismal 0-0 draw; bleaker than one of Bath fan and Althusseresque auteur Ken Loach’s Spartist flicks. The quinoa wrap was good though. And respect to the Bath fans who to their credit knew how to pronounce it.

Back on home soil, over 2,500 locals enjoyed the Easter sun and a 1-1 draw against the Kentish Men of Tonbridge Angels.  A late injury-time equaliser from fan favourite and all round good egg Danny Mills grabbed an amply celebrated point for the boys in pink and blue. The team might be misfiring, but the Rabble’s love is unconditional, like that of a mother for a dilatory under-performing teen.

But be gone doom and gloom, for the Hamlet women’s team doth teach the torches to burn bright. The Daughter’s of Edgar Kail are indeed lighting up the Dog Kennel Hill firmament with their late season endeavours, chief among which was a stirring penalty victory over Fulham to reach the Capital Women’s Cup Final. An incredible achievement and a fitting end to a gruelling season full of grit and fight and spice. The game is at 7:45pm on 3 May at the Meadowbank Stadium, Mill Lane, Dorking (RH4 1DX) and they’ll be playing the league champions, Ashford Town. So get yourself down there if you can and support the pride of SE22.

Suffice it say, as we all plan our sexy summer and beach wear, there’s no better colour combo than pink and blue.  So get yourself kitted out with some Hamlet clobber via the Supporters Trust’s site (www.dhst.org.uk). And get yourself too down to the last men’s game of the season on Saturday 7 May against Hemel Hempstead, 3pm kick-off.  As ever at Champion Hill it will be a big old party, no matter how badly the team play.

Up and at ‘em and upThe Hamlet.