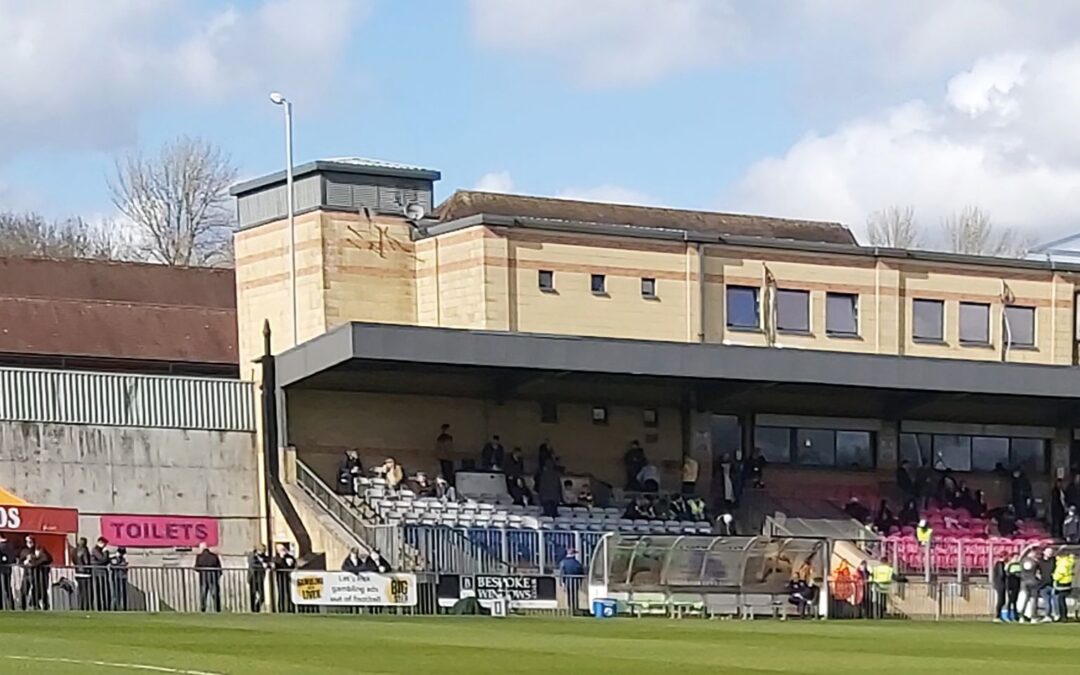 With Spring’s first kiss planting itself on the brows of the Dulwich Hamlet faithful, a sense of optimism hung thick in the Champion Hill air; like the smoke from the fancy kebabs being cooked outside the Tommy Jover toilets.

The occasion was a middle March middle of the table clash against south-coast lighthouses Havant and also Waterlooville.  Could the Hamlet reboot their faltering season against a team famed for their somewhat agricultural approach to the beautiful game?  Well unfortunately not, with the Pink and Blue’s Imperial Guard meeting their Waterlooville on the unforgiving slopes of East Dulwich. While the sides were evenly matched in the early exchanges, Havant and Waterlooville had done their homework on our boys and fielded a side where no player (other than the goalkeeper rather oddly) was less than two metres tall. With local favourite sky-high Danny Mills left inexplicably on the bench, the Hamlet’s largely aerial approach seemed ill-advised and unsurprisingly failed to gain much purchase on the game. The Hampshire hightowers left Dog Kennel Hill Sainsbury’s car park one-nil victors, drinking fizzy pop and eating Pringles to celebrate.

Disappointing for fans though this was, your correspondent was struck by how much the many and sundry dogs that attend Dulwich Hamlet games these days seemed to really (really) enjoy themselves. While many Hamlet hounds wear team colours, it doesn’t appear that poor results on the pitch moderate their muttish merriment. Pats are plentiful. Strokes superabundant. And there is a steady supply of dropped food which sees our furry friends dementedly licking trampled meat out of the terrace concrete, scurrying around the feet of the assembled throng. Just the kind of thing a dog digs. So if you’ve got a pooch – and who hasn’t these days – why not consider taking it for an afternoon out to Champion Hill. Entrance is free for dogs and they will certainly thank you for it.

Meanwhile, Dulwich Hamlet’s women are picking some late season form, which has seen them make the semi-finals of the Capital Senior Cup, while stretching away from the lower reaches of their league.  Of particular note was a superb away victory against local rivals Millwall, with Brit Saylor leaping like a freshwater salmon to head home the winner. Eat that with your lemon butter sauce.

As you read this the season will be clattering towards its close, with barely a handful of home games left to enjoy. So keep your eyes on the Dulwich Hamlet website (www.pitchero.com/clubs/dulwichhamlet/) to check out the details of both women’s and men’s games.  And while you’re about it, why not head to the Supporters Trust’s site (www.dhst.org.uk) to check out the end of season sales.