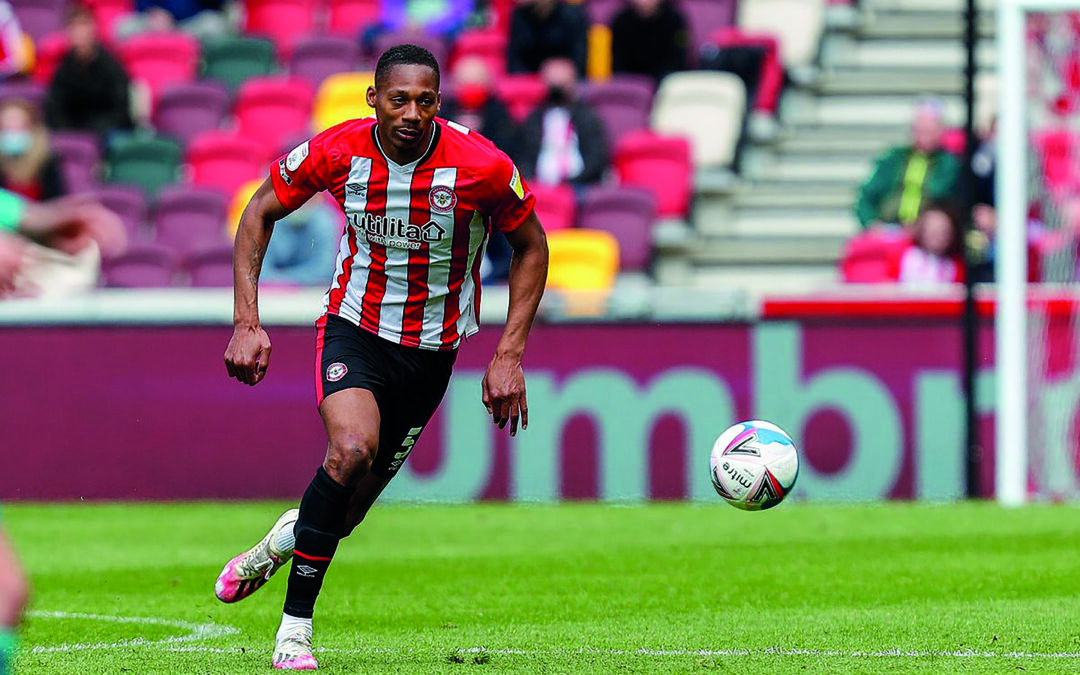 Dulwich Hamlet has seen some great players over the years. Indeed Edgar Kail was so great they named the approach to Dog Kennel Hill Sainsbury’s after him.  In recent years too a steady procession of players have graced Champion Hill before going on to scrape a living in the lower reaches of the professional game.  But now one of Gavin’s Graduates has made it into the Premier League.

About a decade ago, a young gangly midfielder started making a few appearances for Dulwich Hamlet, famously coming off the bench to help the pride of East Dulwich hold out for the draw against Burgess Hill that would see them win the Isthmian South (oh happy day). That youngster was Ethan Pinnock, a local boy who over six years at Champion Hill would earn a degree in Physical Education while playing in pretty much every position for the Pink and Blues, before finding his métier in the centre of defence.

Those who witnessed Ethan’s last couple of seasons with the Hamlet will know he was destined for the professional leagues. His poise, athleticism and ability to read the game soon attracted a host of club scouts. And sure enough off Ethan went; to Forest Green Rovers in the football hotbed of rural Gloucestershire. After a successful stint there, Ethan moved to Barnsley for a couple of seasons before Brentford snapped up the young colossus.

If you know your footer you will know The Bees have just gained promotion to the Premier League, with Ethan as the rock at the heart of their defence. So the newly capped Jamaican international will soon grace the Premier League. Every Hamlet fan wishes Ethan the very best. We are very proud of you indeed.

Elsewhere, Champion Hill favourite Danny Mills has just been appointed to the Player Advisory Board of Kick It Out, English football’s leading equality and inclusion organisation. Dulwich Hamlet are long standing supporters of Kick It Out and their fight against discrimination for everyone who plays, watches or works in football. And as those of you who have been to Champion Hill will attest, it is at the heart of the club’s ethos that everyone, whatever their colour or creed, should feel safe, welcome and valued.

Those of you who are members of the Supporters’ Trust won’t want to miss the AGM on 20 July 2021. Truly the social highlight of the year. And if you’re not a member, why not head to www.dhst.org.uk where you can join before hitting the online merch sale to pick up some sweet replica shirts for next to nothing.

We are of course at the end of a season that never really was.  Let’s hope that next season will be able to kick off with fans present.  So get your jabs, keep your distance and look out for updates on the club’s website (www.dulwichhamletfc.co.uk).