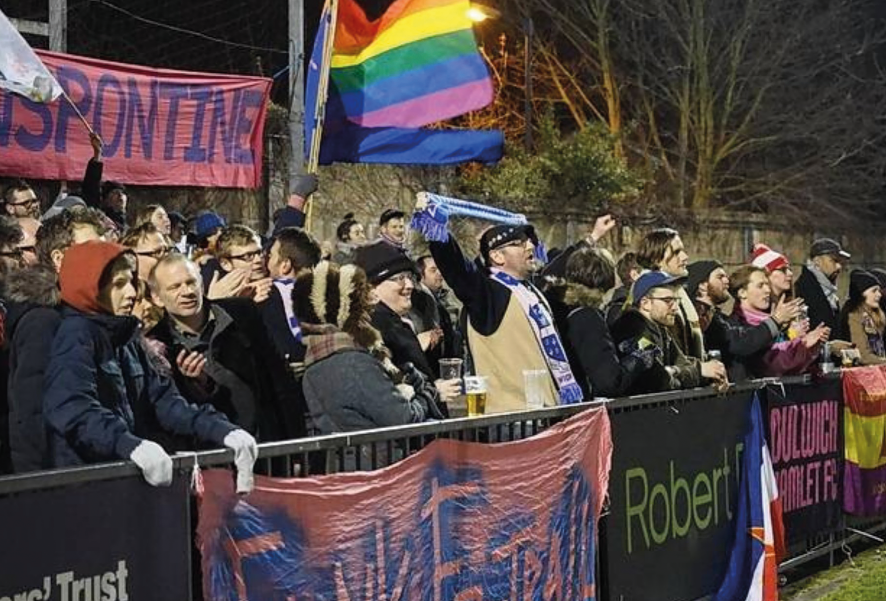 In 1533 the new Archbishop of Canterbury Thomas Cranmer declared that Henry VIII’s marriage to Catherine of Aragon was null and void. England’s Protestant reformation had begun. On 18 February 2021, nearly 500 years later, The National League declared that the National League South 2020/21 Playing Season too was null and void. Unlike 1533, the historical ramifications of this annulment are yet to fully unfold. But if you’re reading this Hilary Mantel, you’ve just found the subject of your next novel.

Let the record show that, when finally the veil was drawn over this duffer of a season, Dulwich Hamlet were in twelfth place in the table with sixteen hard fought points. Your writer can’t be bothered to check for sure, but we think this is the highest up the league pyramid the Pink and Blues have ever finished. For the Egyptologists among you, that’s roughly where the ventilation shaft exits The Great Pyramid of Giza and points towards the Shoulder of Orion.

But this is very thin gruel indeed for the avid Hamlet fan. Save for the odd game here and there, most of our games were behind closed doors with little of the famous Rabble exuberance to drive the Kings of Champion Hill forward.

All efforts now are focused on making sure the club can get through this difficult period and be ready to cut a swathe through the second tier of English non-league football when we emerge out of lockdown.

There is however still a lot fans and denizens of our corner of South East London can do to help the club get to the start of the new season in good order.

For one you could join the Dulwich Hamlet Supporters’ Trust. Founded in 2002, the Trust is an independent, democratic, not for profit organisation whose focus is to support a successful and secure future for the Hamlet, while giving a voice to the Club’s supporters. In the last three years the Trust has invested around £60,000 in the Club, the majority of which has been used to secure a significant stake in the Club.

The best way of supporting the Trust is to become a member. You can also support the Trust by donating and joining the 100 Club, where contributions are shared between the Trust and in a Lottery for its members.  And of course you can continue to buy club merchandise from the Trust run club shop (online and at the Megacontainer at Champion Hill when lockdown rules allow. All sales help support the Trust in its work and in its various work in the community.

Check all of this out and more on the Trust’s website at www.dhst.org.uk.

In the meantime, let’s all hope for a safe and successful start to the upcoming season in the later part of summer. Keep an eye on the club website www.dulwichhamletfc.co.uk for all news and developments.

And up the Hamlet!