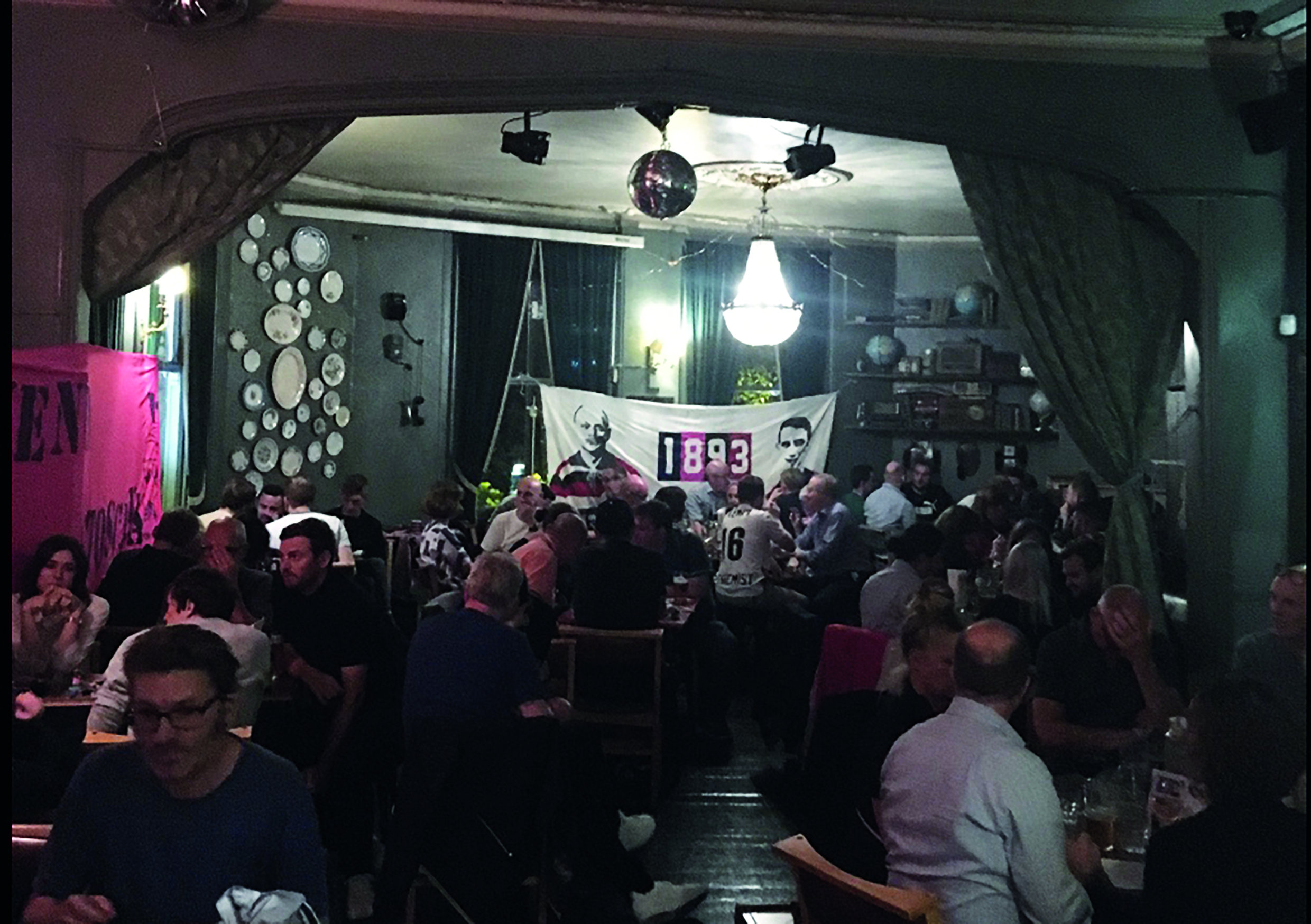 It has been a mixed bag of results so far in the league for Gavin Rose’s team.  However, the performances so far have shown that Dulwich will be competitive in this division.  Stepping up a league, we knew it would take time for the squad to find the consistency that saw them promoted last season.  However, the quality of the squad looks to be at the same level of the teams we have played already.  The opposition generally have just been a little more streetwise on the pitch.

The first few home games in the Vanarama National League have seen good crowds at Imperial Fields, but since the move from Champion Hill they have so far not reached the sort of attendance figures we once recently enjoyed.

For the first time in recent history, Dulwich Hamlet sold over 400 season tickets, which is an amazing achievement, but we seemed to have lost a few supporters since the enforced move away from East Dulwich.

Although currently homes games are being played only 8 miles away, the journey is not easy for fans with no direct trains and buses.  The Supporters’ Trust will be looking at running a number of initiatives to encourage supporters and the local community, who may be finding the journey difficult, that their continued support for the club is so important.

The fans match day support really does make a difference to the on-field performances and brings significant funds into the club, more importantly it shows Meadow Residential (Owners of Champion Hill) and Southwark Council what this football club means to the local community.

The football club’s Community Team are already focused on encouraging schools and youth organisations to attend home fixtures by continuing thier free family ticket offer to these groups.

This season they have extended the offer beyond Southwark by including any school or youth organisations in the vicinity to our temporary home at Imperial Fields.

Any school or youth organisation who would like to take the football club up on this offer, should email George or Rob at schools.dhfc@gmail.com .

The Supporters’ Trust will be organising coaches this season for distant away games and fixtures that may be affected by rail closures. This year the Trust will be trailing subsidised coach travel to ensure that travelling to away matches is affordable for as many fans as possible. In the event that any profits are made on coach travel, the Trust will donate these between the 12th Man scheme and the Club’s charity for this season, Redthread (www.redthread.org.uk).

The first coach to Bath City on 18 August proved very popular with supporters.

On Thursday 16 August, The East Dulwich Tavern’s popular PUB QUIZ raised funds in support of Dulwich Hamlet Football Club. The packed crowd helped raise over £500, with every penny donated to the club via the 12th Man Scheme.  Many thanks to the team at The East Dulwich Tavern and all the local businesses that donated prizes for that evenings raffle.