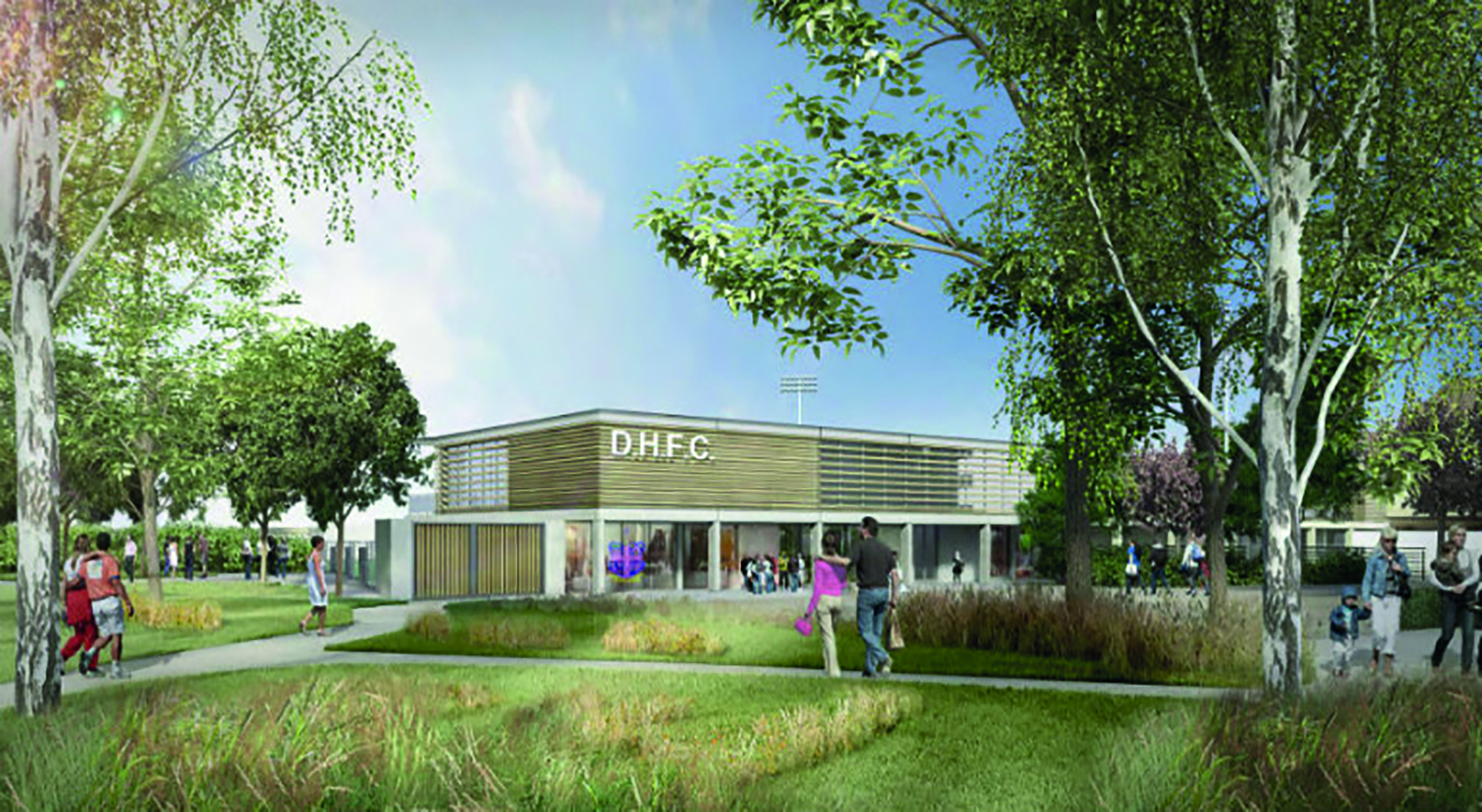 Dulwich Hamlet Supporters Trust (DHST) hosted a joint meeting with the Football Committee on Monday 20 February to urge supporters to make their views heard regarding Southwark Council’s refusal to take a decision on the proposed redevelopment of Champion Hill.

The proposed redevelopment of Champion Hill offers the best chance to secure the long-term sustainability of Dulwich Hamlet Football Club and protect its future by placing ownership into the hands of supporters.  It provides a new ground and leisure facility that will be accessible to the local community, including local schools.

Before the meeting Alex Crane, the new Chair of DHST said “It is imperative that the Planning Inspectorate understands the wide backing the scheme has from the community”.

He continued, “the future of our Football Club is being put into severe jeopardy and will be put at risk if supporters and the local community more broadly do not act to back the scheme”.

Further information on how to show your support can be found on the DHST website.

A star-studded XI representing the youth homelessness charity Centrepoint will take on Dulwich Hamlet Football Club in a fundraising match on 1 March. The match is being organised by The Street Football Association (SFA) which, as part of Centrepoint, uses street football to positively transform the lives of homeless and socially excluded adults.

Working with professional football clubs, the SFA give men and women the inspirational opportunity to represent their country or a top team. For the game, SFA players who have represented England in The Homeless World Cup will join celebrities and former professionals on a unique team sheet to take on the Isthmian League Premier Division team.  The Centrepoint squad includes: Rappers Wretch 32 and Example, comedians Rob Beckett and Tom Rosenthal, Nottingham Forest cult hero Jason Lee, TalkSPORT’s Perry Groves and some exciting secret names.  The game kicks off at 19:45 and all proceeds taken at the game will go directly to Centrepoint to support homeless young people.

Dulwich Hamlet will be once again celebrating International Women’s Day on Saturday 11 March 2017  (KO – 15:00) during the home game versus Merstham. The day will be an opportunity to celebrate the contribution that women have made to Dulwich Hamlet and our local community.  On the day Dulwich Hamlet will run out in an all purple kit (the primary colour of the IWD organisation) that has been specially produced for the occasion and will feature IWD’s charity partners Catalyst and World Association of Girl Guides and Girl Scouts (WAGGGS) logo’s. Fans  will get the opportunity to get their hands on this one-off playing strip, as it will be auctioned off for charity after the game.

International Women’s Day is celebrated annually on 8 March, thousands of events are held throughout the world to inspire women and celebrate achievements.  www.internationalwomensday.com