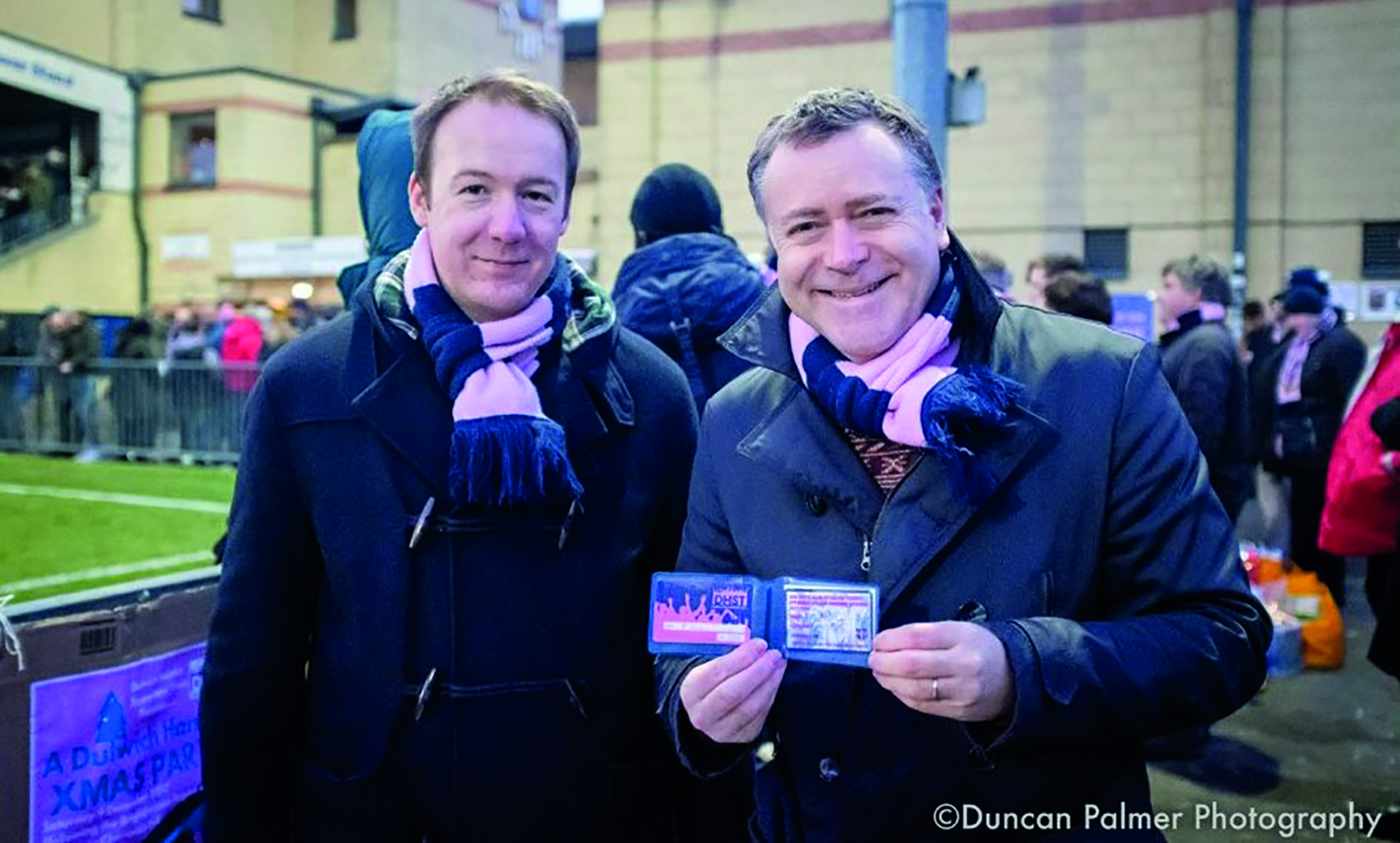 At the time of writing the team continue to sit in top spot of the Isthmian Premier Division. But with only a matter of points separating themselves and Billericay Town (who also have several games in-hand) and both teams playing each other on 30 December, if Dulwich head into the New Year in the same league position it would have been a successful holiday period for the team on the field.

The last few weeks have seen some very worrying times at Champion Hill with the owners of the land, Meadow Residential, making life extremely difficult for the Club. Threats to evict the Club from the ground and issuing of a back-dated rent invoice totaling over £120k have made the fight to keep the Club going much harder. This, after signs from Meadow that they wanted to work co-cooperatively and find a solution. Their actions do nothing to ward off people’s long-held suspicions that they were anything but the stereotypical speculative, property developer who were only in it for the money.

The Supporters’ Trust and Football Committee continue to work hard to keep things going along with the many other volunteers who give up their time to help. None more so than the Club’s 12th man scheme which has now become the major source for paying the players and management. The Club needs all the support and financial help it can get if we are to continue to play at a level which matches our ambitions. If you’ve not been to a game before then there’s never been a better time to start with the Club sitting top of their league and playing some great football. We hope to see you soon!

The Trust hosted the clubs Xmas party in the club bar following the Brightlingsea Regent game on the 9 December.  Music started at 18:30 and continued until late, we had an amazing buffet supplied by club sponsors Meat Liqour and Franco Manca to whom we are very grateful. Many local businesses donated prizes for both the raffle and auction that took place that evening with all funds raised going towards the 12th Man scheme.

We would also like to extend our thanks to all our fans, whether old or new, who have purchased merchandise.  A percentage of the merchandise profit goes back to the Club so the more you buy, the more money the club receives. We can promise you that we will keep fighting for the club to a) be sustainable and b) move towards our stated objectives and aims.

Finally, DHST board members would like to thank you all for your continued support and we wish you all a happy holiday.

The next home match coming up at Champion Hill is on Tuesday 23 January – v Wingate & Finchley, 19:45.