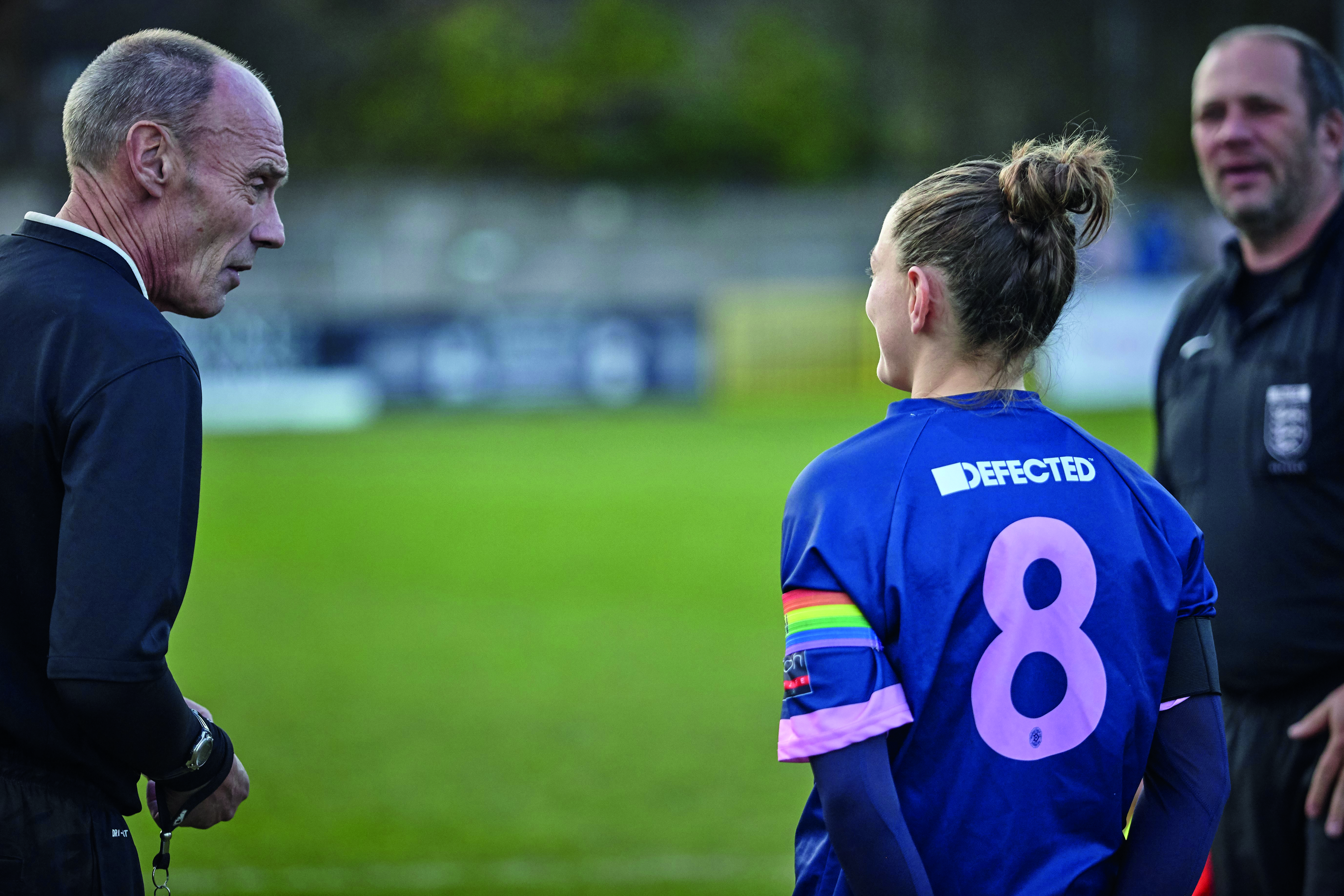 In the run up to the Christmas period the men’s team registered a Four – One away win at Hungerford Town to record their first league win since the end of August. Despite losing the remaining two games of 2019 within the space of three days, the team have recently started to find some consistent form on the pitch registering two wins and two draws at the start of the new year moving further away from the bottom half of the table.

February marks LGBT History Month in the United Kingdom, the first of which took place in 2005.  In recent years, Dulwich Hamlet has not shown strong support for this section of our community during this period but this continues its support all year round.  This has resulted in a significant raise in members of the LGBT community attending games, knowing that they have a secure and welcoming place to watch football.

Just before Christmas, lifelong supporter Mishi Dulwich Morath sadly passed away.  A member of the LGBT community himself, Mishi  extremely influential in helping to create this amazing inclusive community football club that we all see today.

In the past two years, the Supporters’ Trust have launched a special LGBT Dulwich Hamlet scarf at the first home game of February, the profits of which helped raise funds for LGBT charities.  Last season, two hundred scarves, (featuring the colours of the LGBT Rainbow Flag) sold out before kick-off in the club’s fixture against Welling United.  This resulted in £400 being donated to both LGBT football organisations, Football v Homophobia and the Gay Football Supporter’s Network.

Again this year, the first weekend in February will see the Trust launch this season’s scarf, when it goes on sale at the men’s fixture against Essex club, Chelmsford City on Saturday 1 February (15:00).  This season the Trust will also have beanies, baseball and Trucker caps alongside badges with the club crest being changed from its famous pink and blue colours to feature those of the LGBT rainbow flag.

As you will now be aware, from the start of this season the club now has a woman’s squad with their first team playing in the London and South East League. Featuring a strong LGBT presence amongst the squad, the club and Supporters’ Club will also be celebrating LGBT history month at their home fixture on Sunday, 9 February (14:00 KO) when Fulham Fc are the visitors to Champion Hill.

The Supporters’ Trust will be hosting a quiz night at the club bar, Champion Hill on Thursday 27 February to raise funds for both the football clubs charity partners Redthread and Football Beyond Borders.  You can find more information on this event by  visiting the Trust website: https://dhst.org.uk/