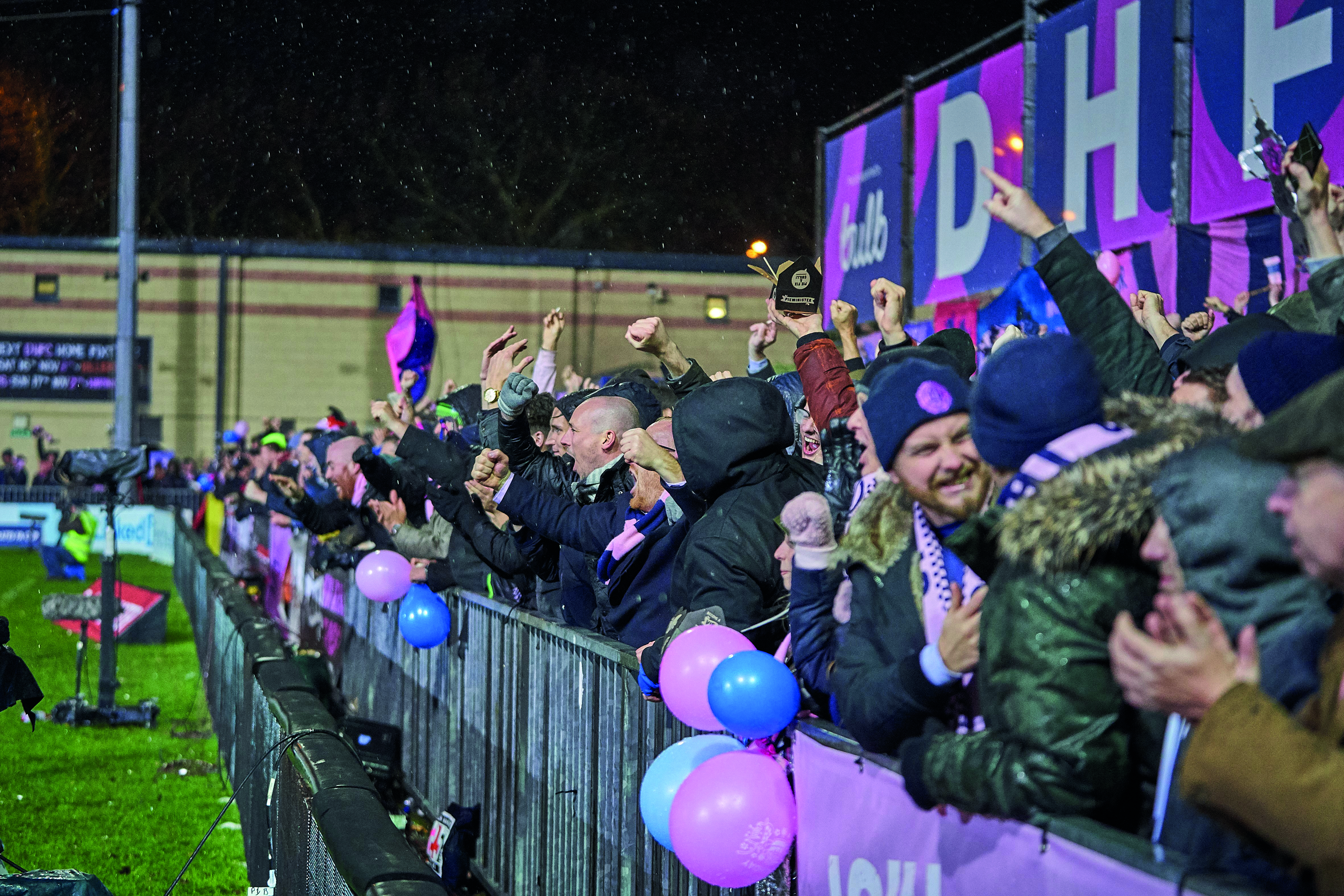 Last month saw Dulwich Hamlet playing in the front of the BBC2 cameras for their First Round FA Cup tie against Carlisle United.

Great cup runs create such excitement and the team, supporters’ and the local community showed the viewing public why this is such a great football club and fully deserve the plaudits that have come our way in recent weeks.

The sold out crowd of 3,330 saw the game finished with a four – one win for the visitors Carlisle United, however for long periods of the game The Hamlet matched them and we were pressing for an equaliser when Carlisle scored their third goal, which effectively ended the tie.  In the end, the League Two club was simply too strong for Dulwich on the night.

Sadly, in the run up to last weekend’s cup-tie, the Supporters’ Trust had been informed that Farouk Menia, Coach of Dulwich Hamlet FC women’s team, had passed away after a long battle with cancer.

The Supporters’ Trust sends its collective condolences to his family and two children. He leaves behind a strong women’s team that I know will continue to build on the foundations he helped create during the 8 years he had been involved with them.

The football club and Trust recently collected coats for Wrap Up London (an organisation that works with local charities and community groups to assist the homeless).  The coats then got redistributed to local charities and community groups who directly offer support to people who are homeless, refugees, older people and others facing crisis.  Further information on how you can still donate can be found on their website: https://wrapuplondon.org.uk

Sales of club merchandise, in the Mega-container club shop on match days and online (www.dhfcshop.co.uk), has been amazing through-out the season so far. In addition to the supporters’ Trust donating a percentage of the profits to the football club, the Trust uses some of the proceeds to invest directly in the club.

Since September 2018, they have made direct financial investments into the club, of approximately £66,000.  As well as through shop sales, much of this was also raised via the 100 Club lottery, so please consider joining via www.dhst.org.uk

As well as providing the club with capital support at a time of critical need, this investment has allowed the Trust to acquire (for the first time) a meaningful shareholding in the club (approximately 19%).  They hold these shares on behalf of their members and the wider community and aim to build the community-held stake over time.

Despite reaching the First Round of the FA Cup for the first time in 21 years, the men’s team have been struggling to secure in the league and are currently find themselves just outside of the relegation zone.  In sharp contrast the Women’s team find themselves currently top of the league, although with second place QPR have a number of games in-hand.

Future home fixture at Champion Hill, for both teams, can be found below: