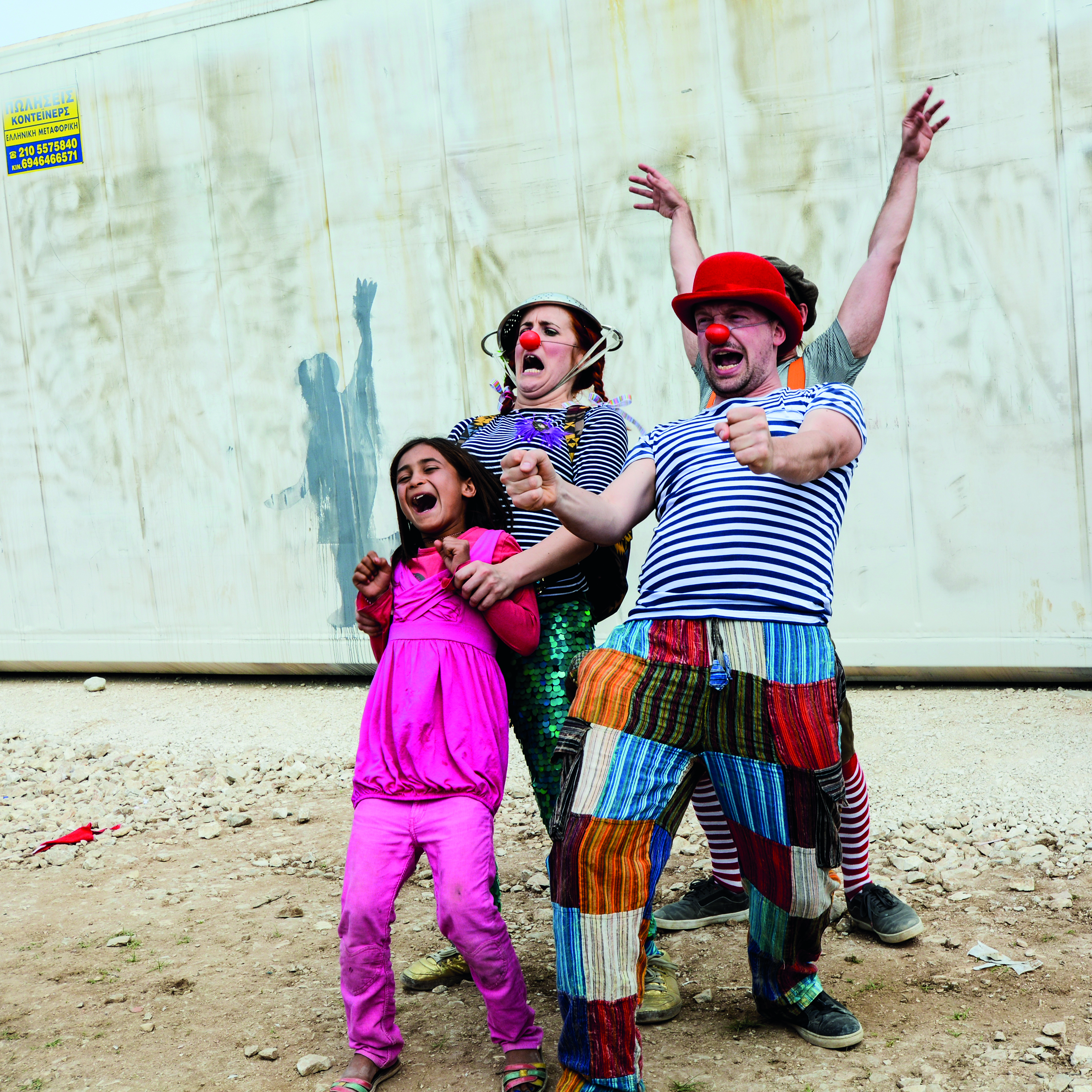 May is the month that the Dulwich Festival comes to town! Featuring artists and performers from across the spectrum of arts, music and theatre, the Festival will run from 12th-21st May 2017. There is something for everyone.

Broadcaster and journalist Robin Lustig, will be in conversation with BBC Deputy Political Editor, John Pienaar, at the Dulwich Picture Gallery on 17th May. Entertaining the audience with stories from his 40-year career, this discussion will provide a fascinating insight into the world of journalism at home and abroad.

Come and meet Jennifer Scott, new director of the Dulwich Picture Gallery, who will be in conversation with art critic Alastair Sooke. Scott, only a month into her tenure as the first female director of the Gallery, will be talking about her ideas for its future, on 19th May.

The charity Clowns Without Borders focuses on the homeless child victims of displacement and aims to encourage affected children to laugh, play and forget their struggles. At St Barnabas Parish Hall on 13th May, young festival-goers will have the opportunity to experience one of their performances; expect a very silly afternoon!

For drama lovers, the Festival welcomes back internationally-acclaimed Tangram Theatre Company with the third and final part of their scientrilogy, ‘The Element in the Room: A Radioactive Musical Comedy about the Death and Life of Marie Curie’. Their collaborative, challenging and entertaining approach to theatre will enthrall a family audience, so get ready to join in!

This year’s musical calendar caters to all tastes. The Festival begins on 12th May with an evening of three choirs celebrating the human voice in their own distinct ways; Note-Orious, a community choir of local amateur singers; The Barberfellas, a small barbershop chorus from London’s LGBT community; and Gospel Essence, the a cappella choir from Gareth Malone’s ‘Naked Choir’ programme. For classical music fans, a highlight will be a performance of ‘Façade’, William Walton’s setting of Edith Sitwell’s poem sequence, by the Bloomsbury Ensemble of London with Julie Berry and Paul Guinery narrating, in the spectacular surroundings of the Dulwich Picture Gallery on 16th May.

Meanwhile, for contemporary music lovers, acclaimed indie-folk quintet Patch & The Giant will be performing at Belair House on 18th May, supported by the incomparable singer-songwriter James Riley who has ventured home to the UK from an extended stay in Tennessee. The following evening, 19th May, at the same venue, blues singer-songwriter, Adam Norsworthy, known as the lead singer of British-blues rock band The Mustangs will delight with his mellow sounds during an intimate evening. He will be bringing along some special guests to play with him.

Jazz lovers will be excited to learn of the return of The Harlem Meer Cats to the Festival line-up after their launch sell-out event in the 2014 Festival with six of the finest early jazz specialists in London. Ned Bennett’s authentic adaptations of such classics as Black and Tan Fantasy, Echoes of the Jungle, Jubilee Stomp and many more really capture the exotic atmosphere of New York’s famous Cotton Club. Duke Ellington’s “Jungle Style” is at once dark yet joyous, mysterious yet immediate, with growling trumpet, seductive sax and talking trombone.

Over 250 artists will once again be opening the doors of their homes and studios for the ever-popular Artists’ Open House, taking place across both weekends of the festival and giving the public an opportunity to view their work and talk to the makers about their creative processes.

For those who want to discover even more about the process of painting, the London Fine Art Studios are running two events for the Dulwich Picture Gallery’s first Art in Action day on 13th May; a live portrait painting demonstration by Ann Witheridge, founder of London Fine Art Studios and live painting around the Gallery by special guests from the Studios and regular teaching artists from Dulwich.

This year’s Dulwich Festival Food Trail features a truly mouthwatering array of delicious offerings from some of the best restaurants and cafes in the area. Booking essential on the festival website.

Further information on all Festival events, venues and dates can be found at: dulwichfestival.co.uk, Twitter @DulwichFestival and Facebook facebook.com/DulwichFestival/