Dulwich College: a Cradle of Writers? 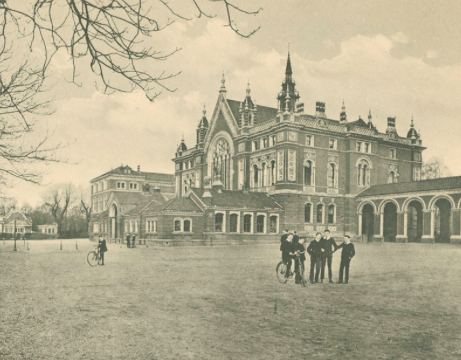 It is widely known that P.G. Wodehouse was a proud old boy of Dulwich College. It is a little less well-known that Raymond Chandler, CS Forester and Dennis Wheatley were also alumni. Or that two Booker prize winning writers, Michael Ondaatje and Graham Swift, attended the school in the 1950s and ‘60s respectively. And that Booker nominated Tom McCarthy (‘C’) and Tom Rob Smith (Child 44) followed them in the 1980s and 90s.

Please join us for a conversation about the life and works of these writers and to discuss why Dulwich College might have produced a disproportionate number of eminent and popular authors over the last 120 years – and hopes to do so again over the course of the next century, as it progresses towards its 500th anniversary.

We are delighted to have Patrick Humphries OA, the author of biographies of Nick Drake, Bruce Springsteen and Richard Thompson, who has been commissioned to write a personal account of the Dulwich writers he remembers reading in his youth, yet another popular Old Alleynian writer Simon Brett OBE (Charles Paris, Mrs Pargeter, Fethering, Blotto and Twinks and After Henry) and Tom Rob Smith in conversation with Dr Joe Spence, Master of Dulwich College.