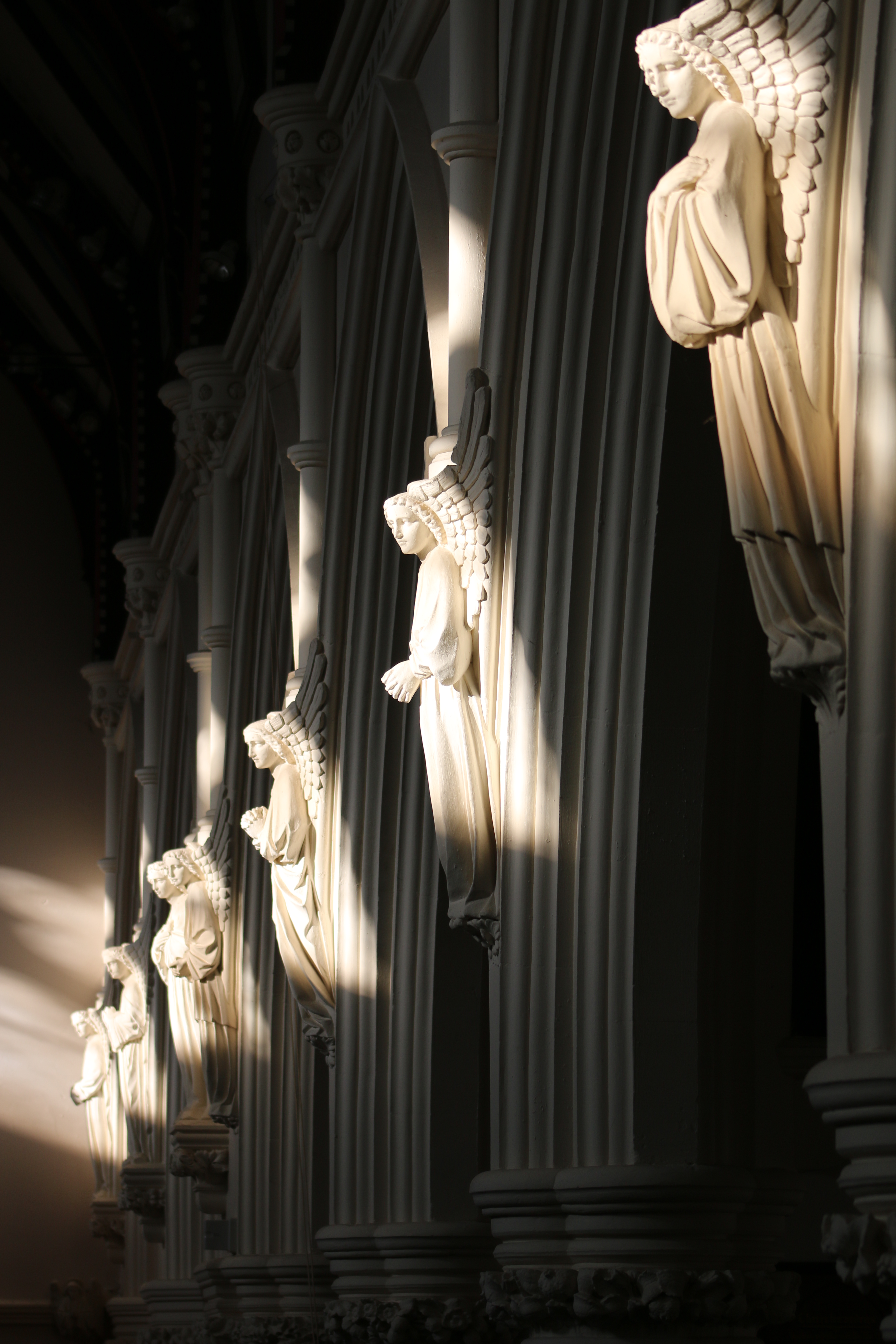 A heavenly image of the Parish Church of St Stephen in Dulwich has scooped a top prize in a national photography competition.

The photograph, which shows a beam of sunlight illuminating the church’s stunning stone angels, has been named one of nine regional winners in Ecclesiastical Insurance’s Parish Pixels competition.

The church receives £1,500 as South East winner and is in with a chance of scooping the top prize of £5,000 if it is named national winner later this year.

The intricately carved angels look down on the choir stalls at the back of the church, which is widely acknowledged as one of the most stunning in London, and was pretty enough that the French Impressionist Pissarro painted it in 1870, two years after its consecration.

Rev Canon Bernhard Schunemann from the church said: “The angels are very special and inspire our choir singers to new heights. They’re all slightly different so when I have school classes in I love pointing the children upwards to look at them and spot the differences.

“We’re delighted to win. Although Dulwich is seen as an affluent area, in fact three quarters of the people in our parish live on a council housing estate and we are the only urban priority area in the deanery. The money will be very useful in our community outreach.”

Parish Pixels was launched last summer, inviting Anglican churches in England, Wales and Scotland to capture the essence of their church in a single snapshot, accompanied by a one-sentence caption.

The competition attracted more than 600 entries, and a panel of judges, featuring representatives from the regions, selected the nine winners from across the UK.

The public will now be given the chance to vote for their favourite image before Ecclesiastical and church representatives select an overall winner. The overall winner will receive a £5,000 prize for the church.

Michael Angell, Church Operations Director at Ecclesiastical, said: “The response to the competition was fantastic and we received many incredible images showing the diverse range of people, places and features that make Anglican churches so special.

“These nine regional winners really stood out to the judges and we’re now urging the public to show their support for their local church to be crowned as national winner.”

To vote for your favourite church, simply show your support and vote online www.ecclesiastical.com/parishpixels