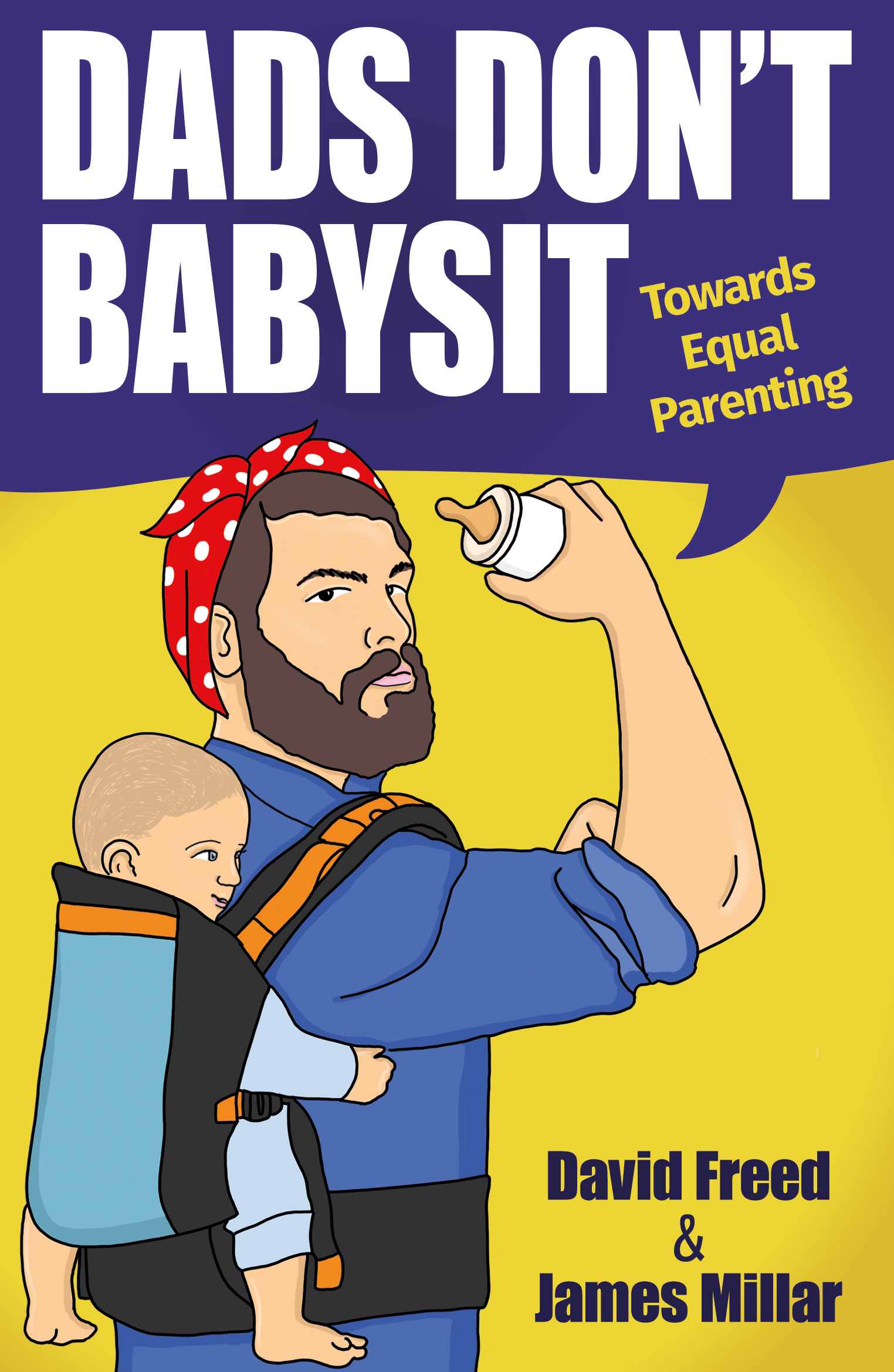 James Millar is a political journalist and author living in East Dulwich with his partner and two primary school-aged children. His latest book, Dads Don’t Babysit, published on September 14, looks at why men don’t take on more of the childcare in most families despite saying that they want to and what can be done to change that.

Go to any of the many rhyme time or little swimmers or baby gym sessions and there’ll be a dad there with his little one.

But only one dad. Or at best a handful, compared to many more mums or even grannies looking to entertain their offspring.

That’s because women are better suited to childcare. Or just like doing it more than men. Right? Cobblers.

Men want to spend more time with their families and the weight of evidence shows that they are just as capable of parenting as their female partners.

But there’s a ‘paternity gap’ – a difference between what men say they want and what actually happens.

I wrote Dads Don’t Babysit to look at why that is and what we can do to close that gap. And in the process I learned that if more men do more parenting it’s good for everyone – dads, mums, children, the economy as a whole.

Men who do more parenting enjoy better relationships with their children, their partners, and consequently better mental health. If you really want to be selfish about it men who are more engaged with their offspring live longer.

Women benefit because they are able to return to work sooner, if that’s what they want, if their partners step up and take on more childcare. Take nine months to a year out of the workplace and a woman will see her earning potential suffer for the rest of her life. Take less than nine months and the impact is negligible.

Children with involved dads do better at school not just in academic results but also in terms of keeping out of trouble, having a wider circle of friends and their outlook will be less gendered.

And the nation flourishes with men doing more parenting. Men and women who are actually happy with their work life balance are fitter, happier and – crucially – more productive.

As a nation we can make it easier for dads to do more parenting, for parents to share the load and the joy more equally because it’s right and fair but also because we probably can’t afford not to. After years of economic sluggishness and some sort of Brexit banana skin around the corner the economy could get a boost worth about half a trillion quid courtesy of a fairer split between paid employment and domestic work.

And best of all making it happen is really simple.

The first step is to talk about it. There’s really no shortage of pregnant women and dads-to-be in our SE22 nappy valley.

Expectant parents need to have a discussion about how they’ll split parental leave. Maybe they can’t split the leave on offer straight down the middle. But even if dad takes just an extra couple of weeks it has a positive impact on the child and the family.

If a man tells his mates he’s going to be a father the discussion needs to move not on to how his sex life is going to suffer but to whether he’ll be taking some parental leave or switching to flexible working.

Of course the current shared parental leave system is imperfect. Change it.

Email Helen Hayes the local MP telling her that you want her to take up the subject, that she ought to get a debate in parliament on increasing the amount of leave available to men. Tell her to back Lib Dem MP Jo Swinson’s bill currently going through parliament that would force companies to reveal their parental policies. If her constituents demand it she’ll do it.

Finally, be the change you want to see.

The more men that go to rhyme time the less awkward the one or two that currently attend will feel. The easier it will be for others to join, the more normal it will be to take a walk through Dulwich Park during the day and instead of seeing a sea of women either about to give birth or having recently done so there’ll be an equal number of mums and dads enjoying all the family friendly activities that our area has to offer.

Dads Don’t Babysit by James Millar and David Freed is out September 14, published by Ortus.