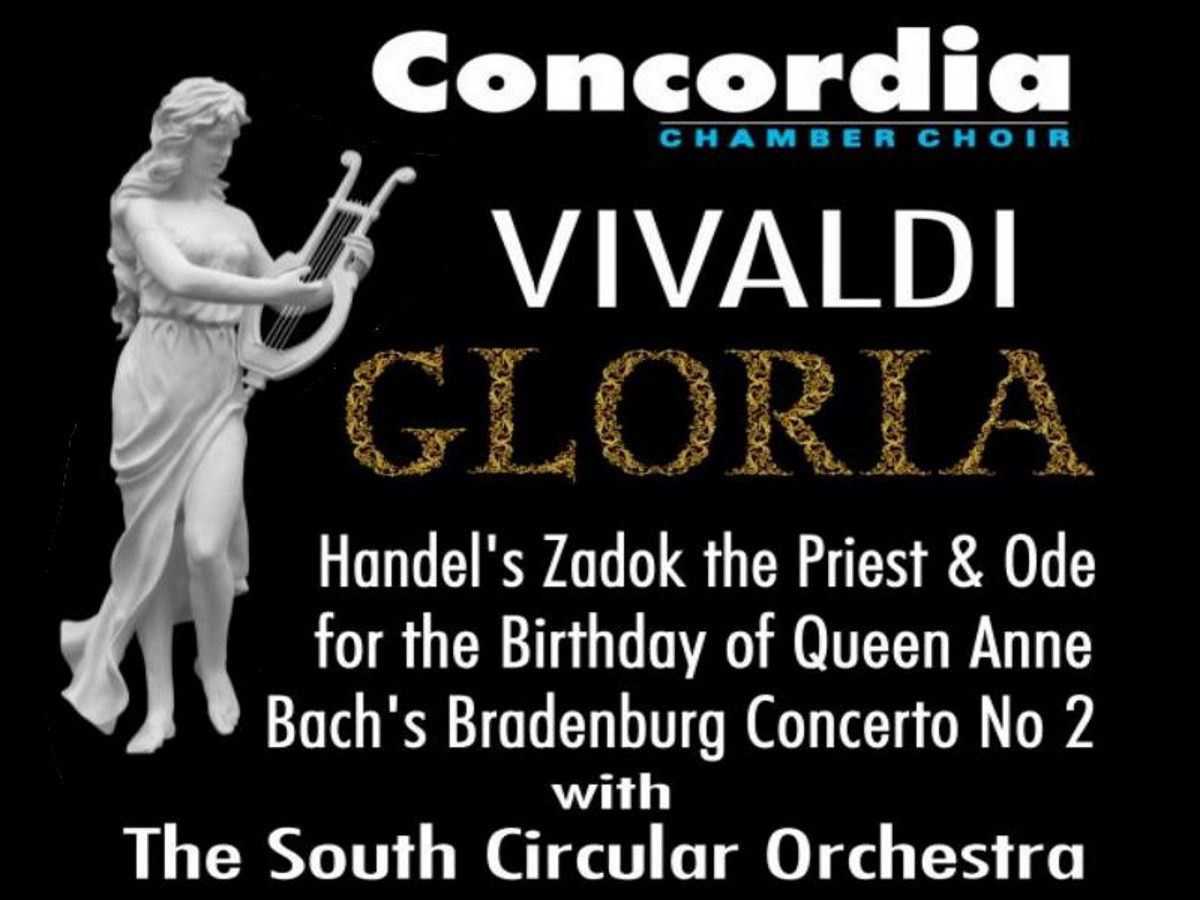 All the magnificent music in Concordia’s autumn concert was composed within the span of only 20 years – in the astonishing flowering of European music in the early 18th century which we now call The Baroque.  The programme especially celebrates the trio of composers whose work defines this golden era: Vivaldi, Handel and Bach. The centrepiece of the concert will be Vivaldi’s Gloria, almost a ‘lost’ masterpiece till the mid-20th century, but now one of the most popular and revered works in the canon of sacred music. The genius of Handel will be represented by two contrasting pieces: Zadok The Priest, which never fails to take the breath away with its sweep and majesty and Ode For the Birthday Of Queen Anne, a secular cantata, part of which was sung at the wedding of the Duke and Duchess of Sussex this summer. Last, but not least, special guests, The South Circular Orchestra, will perform the 2nd of Bach’s much-loved Brandenburg Concertos.

The performance is at 7.30pm on Saturday 24th November at All Saints’ Church, Lovelace Rd, SE21 8JY. Tickets cost £14 at the door, or £13 in advance from www.concordiachamberchoir.co.uk. Concessions (students and those on means tested benefits) half price.  Remember that feeling you get coming home from an amazing concert?  Make a note in your diary now!