Comedian Henning Wehn, brings the house down at the end of Dulwich College Symposium 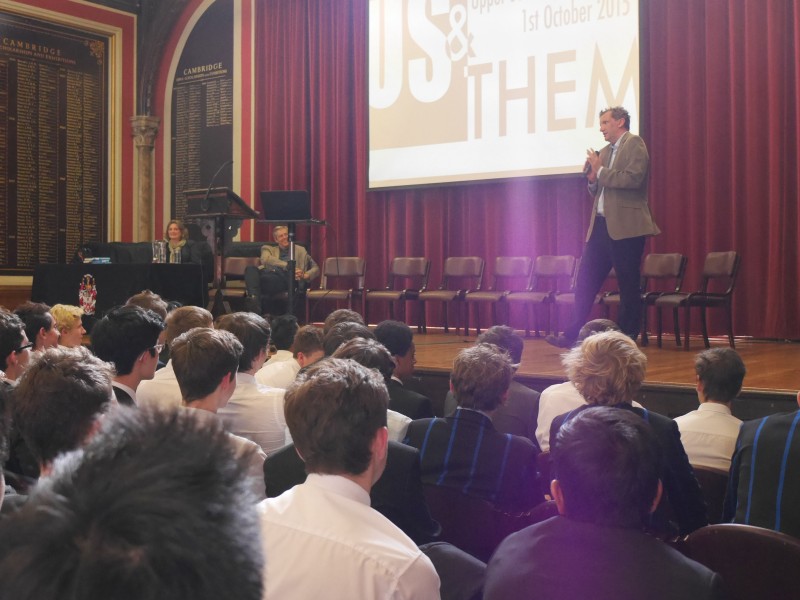 BBC journalist Justin Webb, Kwasi Kwarteng, MP and comedian Henning Wehn headed the bill on 1 October for a day packed full of enquiry, discussion and debate on the theme of ‘Us & Them’.

The Upper School Symposium, held every October, is Dulwich College’s flagship academic day for all boys in the Lower and Upper Sixth forms. This year, the day was opened by Kwasi Kwarteng, who offered his thoughts on integration, political correctness and history teaching in our schools, as well as engaging in discussion about the current migration crisis, with sixth-formers offering a range of probing questions from the floor. Journalist and author Justin Webb, shared his fascinating personal insights into American politics, as well as discussing the future of journalism in a world where the formerly clear divisions between news-gatherers and the public are becoming increasingly blurred.

All Upper School boys also attended two seminars or workshops, choosing from the 34 on offer, their subjects ranging from criminal psychology and caricature to feminism and contemporary film. Several seminars were given by sixth formers themselves, individually, or in collaboration with teachers. The Symposium was rounded off in style by Henning Wehn, self-styled comedy ambassador for Tooting, whose ‘vorsprung durch slapstick’ approach to the ‘us and them’ of Anglo-Teutonic relations provided both food for thought, and belly-laughs aplenty. This was a day which will surely be remembered for years to come by all involved!