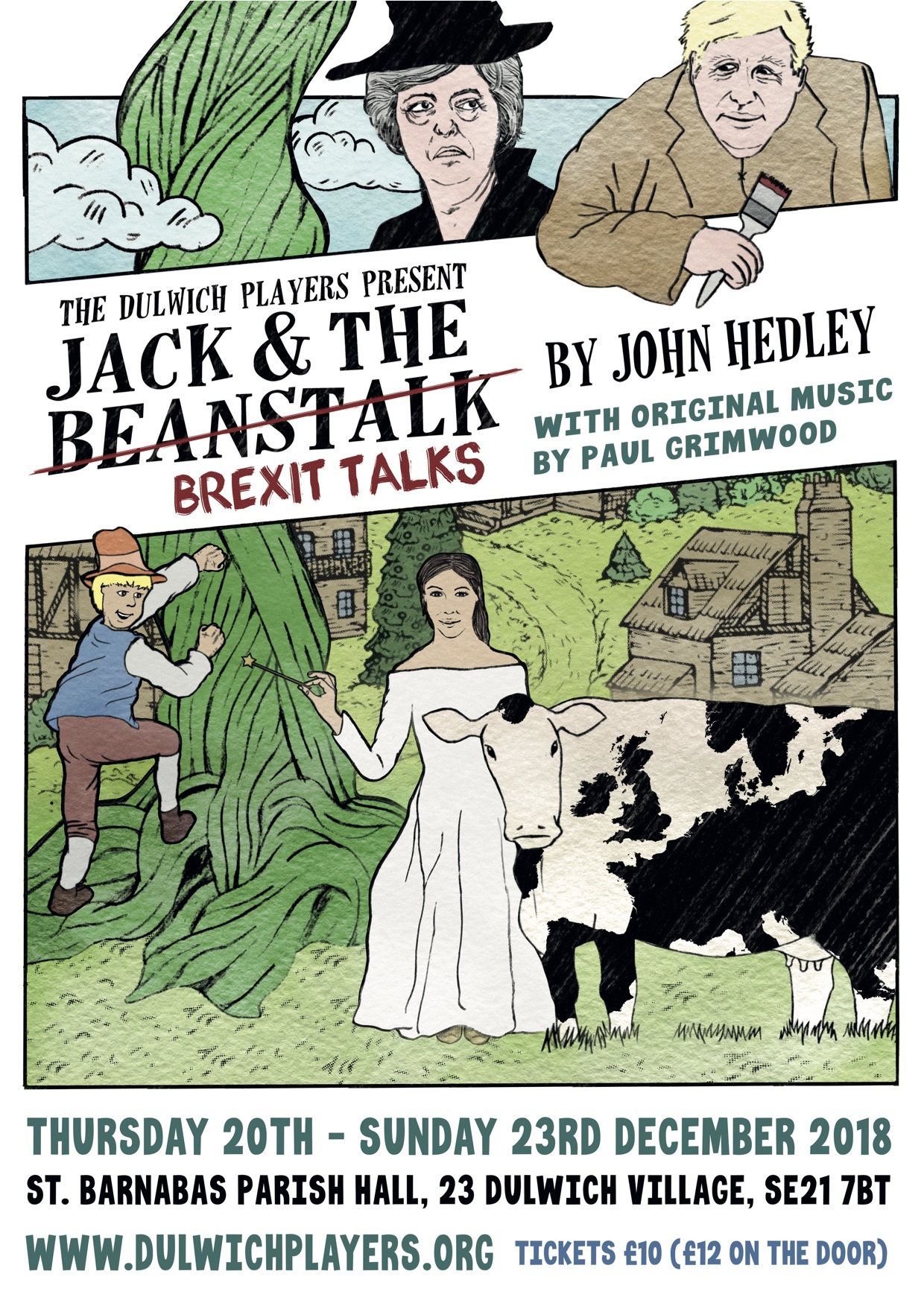 This Christmas the Dulwich Players return to St Barnabas Hall in Dulwich to perform “Jack & The Beanstalk” (or “Jacques & The Brexit Talks”), written by Dulwich resident John Hedley.

Suitable for all ages, this is a traditional Christmas family pantomime with music, song and dance – and a highly topical dilemma: should the inhabitants of the village of Dull Itch stay in the Kingdom of Remainia, or will they be better off in Cloud Cuckoo Land, a country ruled by a fearsome but bumbling Giant named Boris? A magic beanstalk is the only link between the two realms. But will our hero Jack have the courage to climb the beanstalk? Will the good Fairy save him from the Wicked Witch’s cooking pot? Will Daisy the cow end up on the Giant’s barbecue? Will Jack manage to steal the Giant’s treasure and win the heart of Meghan, the beautiful American girl? The answers to these, and to many other questions you never ever thought of asking (oh, no you didn’t!) will be revealed in an evening of fun, fantasy and frolics.

Tickets:
£10 (£12 on the door) and £5 (under 16 years of age). Available online at  www.dulwichplayers.org (Ticketsource), Dulwich Players Box Office 07936 531356 or email boxoffice@dulwichplayers.org and on person from Art Stationers, Dulwich Village.