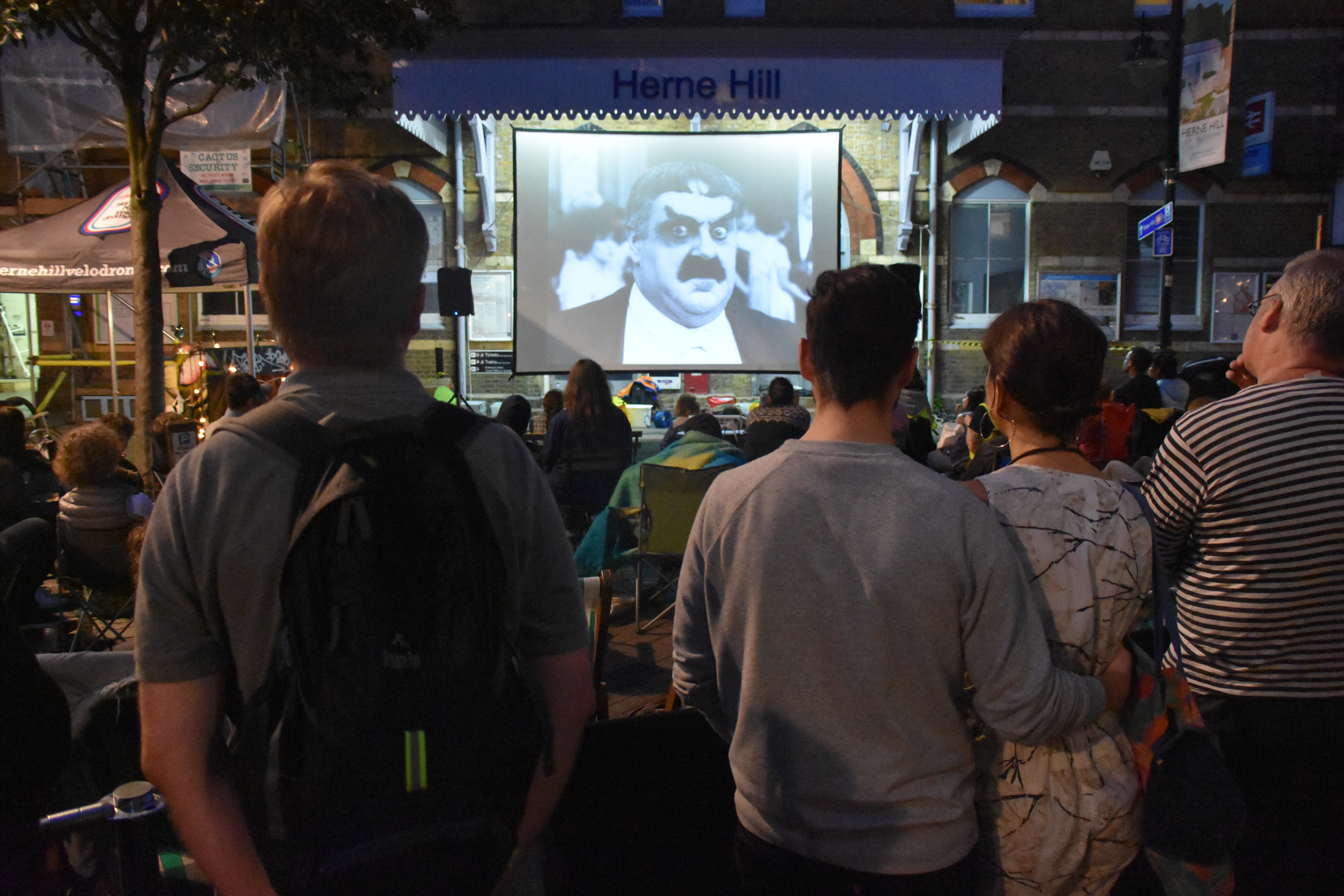 The Herne Hill Free Film Festival is celebrating Christmas with 9 free events this December, across a range of venues in SE24. The festival runs from the 7th – 20th December with a programme that includes Christmas classics, festive fantasies and, for the scrooges, a few Santa-free films too!

At each event the Herne Hill Free Film Festival will be partnering with Norwood and Brixton Foodbank, to raise awareness of the great work the charity does and to bring food and support to those in need in the local area during the holiday period

Price: All events are free; no booking is required, but all venues are indoors and have limited capacity

The festival programme kicks off on the 7th December with a screening of the Oscar winning Babette’s Feast at the Herne Hill Baptist Church. This screening marks the start of the Herne Hill Free Film Festival’s partnership with the Norwood and Brixton Foodbank, at one of the group’s collection points. This means that people coming to any of the festival’s films in December will have the opportunity to bring food or spare change, all of which will be donated to Norwood and Brixton Foodbank so that people in our local area will be able to get the emergency food and support they need this Christmas.

We’re busy on 9th December as not only will we be running a rolling afternoon of Festive Family Shorts at the Judith Kerr Primary School’s Christmas fair but we will also be bringing Elf back to Herne Hill. After making its Herne Hill Free Film Festival debut in 2016, Jon Favreau’s holiday favourite sleigh-rides its way to Holy Trinity Church to spread a little early Christmas cheer in this family friendly screening. This is followed by the slightly less festive Paris, Texas at the Lido Café on the 10th December, marking the recent passing of Harry Dean Stanton with probably his finest film.

Makerspace makes a return to the festival’s programme on the 14th December with a screening of the British classic The Italian Job, transporting audience members from a cold December evening in London to the sunnier climes of late-1960s Turin. After a two-film break, Christmas is then back on at the iconic All Saints Church which hosts a foot-tapping French Christmas on 16th December with Catherine Deneuve’s and Nino Castelnuevo’s musical romance The Umbrellas of Cherbourg. This venue captivated audiences for the first time at Christmas in 2016 and this year it looks set to do the same, with the richly-coloured restoration of this 1964 classic.

On the 17th December Aardman’s Arthur Christmas comes to the Copper Beech Café at JAGs Sports Club. This venue is a newcomer to the area in 2017, and the Herne Hill Free Film Festival is excited to be able to able to pay a visit to screen this animated tale of a Christmas that almost goes wrong.

On the 19th December palm trees then replace Christmas trees on the screen when Jet Trash, the critically acclaimed 2016 British-Indian film shot in Goa, comes to The Prince Regent. Members of the cast and crew will be attending this film, and they have kindly offered to put down their mulled wine and mince pies to answer questions from the audience! The festival finally closes on the 20th December with a traditional European Christmas tale of horned beasts and naughty children given the Hollywood treatment in Krampus at Canopy Beer Co. Neither horned beasts nor naughty children will be permitted to attend.

Now in its 5th year the Herne Hill Free Film Festival was established to bring film to all corners of the local community, to make the experience of cinema accessible to everyone and to introduce people to films they might not otherwise cross paths with.

Note: Programme may be subject to change.