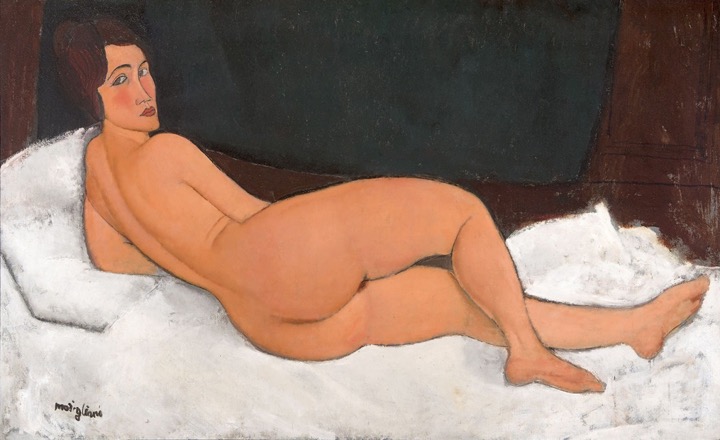 A new series of art history lectures about major exhibitions in London is to start at the very beautiful Bell House in College Road, Dulwich. Built in 1767, it is Grade II listed, and gets its name from the striking bell tower, the bells of which, together with Dulwich College Chapel, rang whenever a fire broke out.

Rosalind Whyte, the first lecturer, has a Masters from Birkbeck College, and a Masters degree in Art History from Goldsmiths’ College, University of London.  She is a Guide and Lecturer at Tate Modern, Tate Britain and the Royal Academy, and used to lecture at the Dulwich Picture Gallery, London.  She leads Art Appreciation holidays and is a guest speaker on many cruises, both as an individual and as part of a team from the Tate Gallery. Rosalind is an accredited lecturer for the Arts Society and lectures extensively for them and other Art Societies in Britain, Europe and South Africa.

Amedeo Modigliani had a brief, turbulent life, during which he developed a unique and instantly recognisable pictorial style. The archetypal ‘misunderstood artist’, his works met with little success during his life time, but came to be among the best-loved paintings of the 20th century. Tate Modern’s exhibition includes over 100 works, ranging from his seductive nudes (the largest group ever reunited in the UK) to his lesser-known sculptures. It also includes portraits of friends, lovers and supporters, including around 40 works that have never been seen in this country before.

In its first solo exhibition of Picasso’s work, Tate Modern is focussing on 1932, a year that was highly significant for Picasso, both personally and professionally.  Having just turned 50, he had his first major retrospective exhibition, which cemented his position as a titan of 20th Century art.  He also had a new love in https://www.bellhouse.co.uk/about-1his life, Marie-Thérèse Walter, who became his muse and the subject of many aintings in that year.

With over 100 paintings, as well as sculptures, drawings and family photographs, the exhibition will provide a fascinating insight into an artist at the height of his artistic powers.