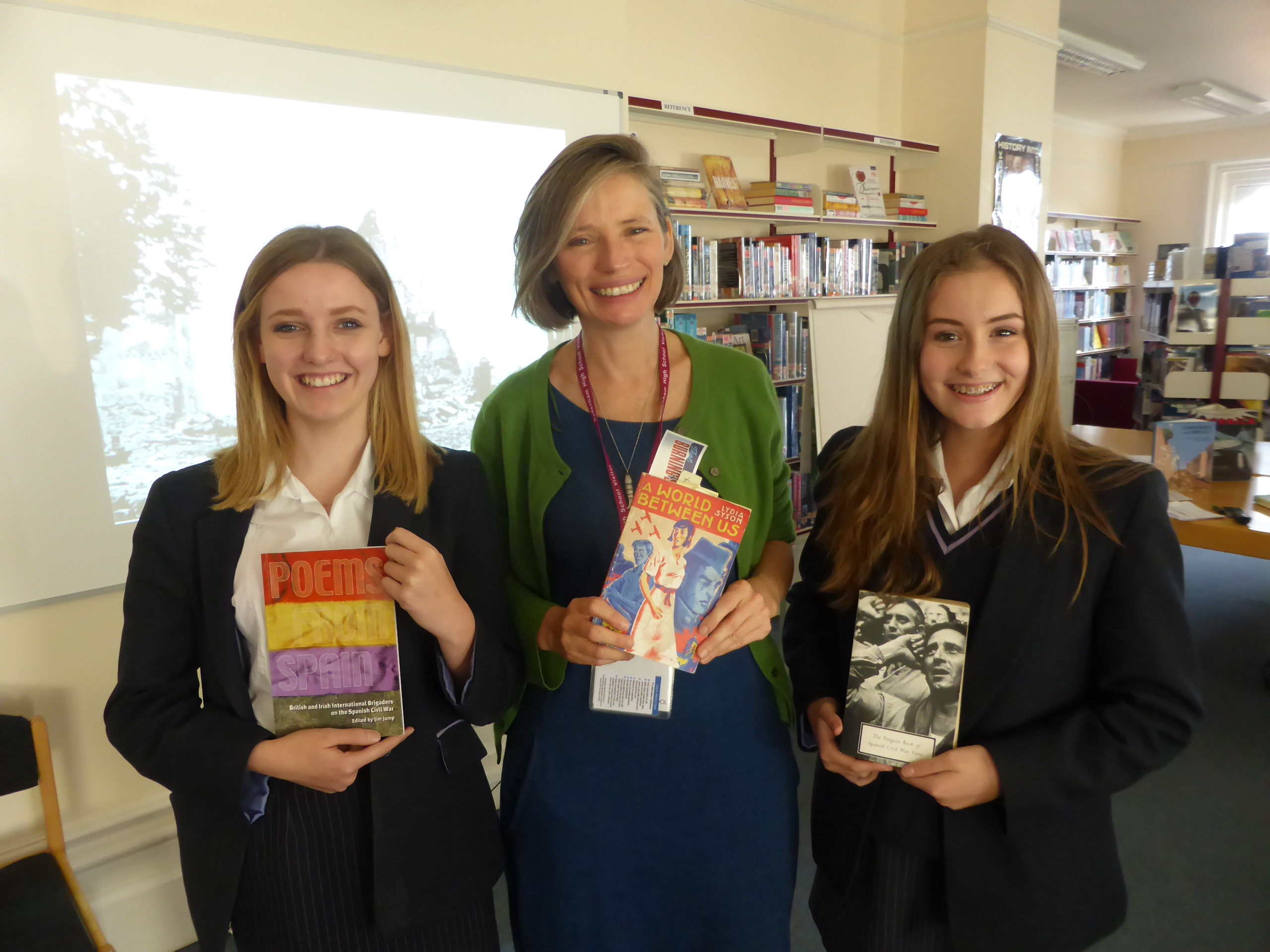 As part of the historical and literary commemoration of the 80th anniversary of the Spanish Civil War, local author Lydia Syson visited Sydenham High School to discuss her work and run creative writing workshops with Year 10. Her book, A World Between Us, is set during the period and features a heroine from Sydenham.

Ms Syson provided a vivid backdrop to the events of the Spanish Civil War and explained how art, poetry and film became the filter through which people gained their understanding of what was happening.

Using a Picasso’s painting of the bombing of Guernica and a poem about the same event as stimuli, students tried their hand at creating their own ekphrastic poems; Ms Syson promised to share the best ones online.

Her talk and workshops clearly made a strong impact on the students who left the following comments after the session:

“I really enjoyed today’s workshop as it moved me incredibly and inspired me to write a poem.  It has given me the impetus to explore this topic, visit museums and read more books including Lydia’s.”

“Today was very moving.  It was great to hear more about the Spanish Civil War…..I hope to read the book as it sounds very interesting.”

“It really helped to improve my poetry writing, especially with all the videos and talks about the Spanish Civil war.”