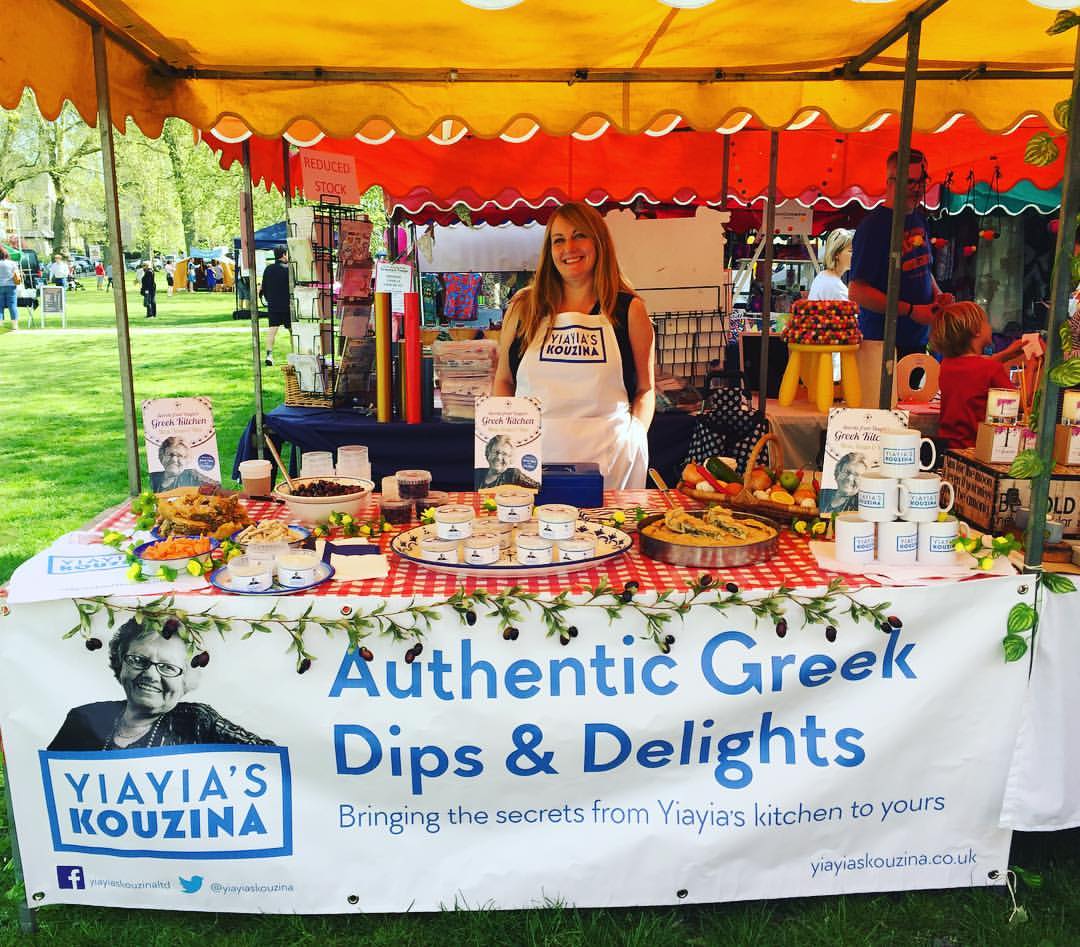 Is it really June already?! The first half of this year has passed by in the blink of an eye! It seems like just last week I was still wrapping my grey coatigan tightly around me for the school run and then BANG! – summer had arrived. Well, for a weekend it did anyway.

And, what a glorious weekend it was for the Dulwich Festival Fair! We could not have hoped for more wonderful weather on the day. The crowds flocked to Goose Green to get their fix of the sunshine, live music, great food, fab shopping and entertainment for the kids that did not require re-mortgaging your Victorian terrace to pay for.

Thank you to everyone who came to visit me on my Greek food stall, Yiayia’s Kouzina! Free baklava to you all next time…

When it was the turn of the Dulwich Park Fair the following weekend, there was a definite nip back in the air. Although, as this is all part and parcel of a typical British summer, almost every inch of green was still decorated with families sprawled out on picnic blankets and clinking plastic Prosecco flutes while chasing after their kids and/or sausage dogs.

Glasses were also raised to Anna Gryce at the East Dulwich WI AGM, as she was re-elected as President for another year. Congratulations to Anna and to the other newly elected members of the committee.

Meanwhile, the 7th XI of Dulwich Cricket Club headed down to cider country to partake in a pint or two of the local apple produce. My husband insists that they played a few games of cricket too…

Now, with summer half term upon us, many thoughts are turning to lazy afternoons in the park, and the opening times for the Adventure Playground on Peckham Rye.

However, it’s not all about the kids. To celebrate the longer days and warmer nights, Aquarius Golf Club are throwing a party on the last Friday of the summer months with entertainment from South London’s finest party band, The Hit Men, playing soul, funk, and all your favourite party hits. I went along to one of the events last summer and it was great fun.

Some highlights for June on the local events calendar include a Bat Walk and a Tree Walk up on One Tree Hill and Honor Oak Park Allotments are throwing open their gates for an open day with guided walks, home made cakes and a BBQ on 26th.

As always, you can find details of all local news, events, and ticket information over on our events page. You can also find us on Facebook and follow us on Twitter @arounddulwich.