Around Dulwich – 2018 End of Year Review 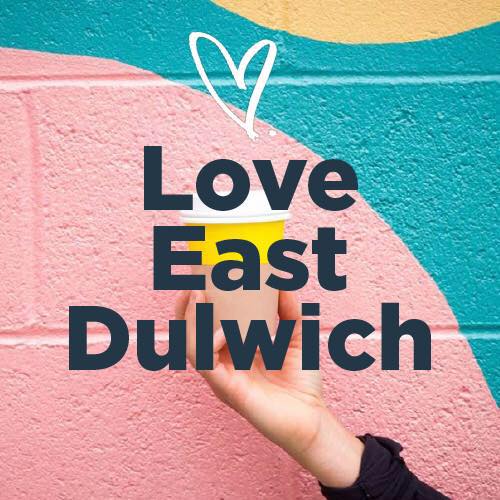 This end-of-year review must start with Dame Tessa Jowell, our long-time Dulwich MP, who passed away in May after a year-long battle with brain cancer. The former culture secretary, who played such a pivotal role in bringing the 2012 Olympic Games to London, never gave up being Tessa, earning a tearful standing ovation in the House of Lords in January with an emotional plea for more cancer treatments to be made available through the NHS.

“In the end, what gives a life meaning is not only how it is lived, but how it draws to a close,” she told peers.

She was a credit to our community. How Parliament, at this time of acute division and mistrust, misses Tessa’s ability to reach out. Hers would be a voice of calm and authority.

Like the rest of the country, we remembered the fallen of World War I on the 100thanniversary of the end of World War I. The memorials around the borough tell countless tales of futures curtailed. It was great to hear that the Calvary War Memorial in the grounds of St. John The Evangelist will benefit from a grant of £7,730 from the Grants for War Memorials scheme supported by the First World War Memorials Programme and Historic England.

Remembrance Sunday provided a brief moment of unity in a year of escalating political crisis. The divisions were clearly evident when Question Time came to Dulwich for the first time when James Allen Girls School hosted the show in November. JAGS also hosted the auditions for David Dimbleby’s successor. And the winner is …… Fiona Bruce!

What will 2019 herald on Brexit? Will Brexit actually happen? Will there be another election? Who will be prime minister? Will they finally sort out the speeding on Forest Hill Road? Lord only knows what the coming year has in store.

At least 2019 will bring some much-needed stability to Dulwich Hamlet after one of the most tumultuous years in the club’s 125-year history, which fortunately ended with the Hamlet back at Champion Hill after a nine-month exodus. The high point came on a boiling hot May Day Bank Holiday, when Dulwich Hamlet secured promotion for the first time to the National League South, but only after a penalty shootout against Hendon. That playoff final took place at Imperial Fields, home of Tooting & Mitcham, who came to the club’s rescue after the Hamlet was locked out of Champion Hill in March in the wake of a dispute between the owners of the ground, Meadow Residential, and Southwark Council. Having gained promotion with the dramatic 4-3 penalty shootout win, which earned a good old-fashioned pitch invasion, the Hamlet has not found it easy in the new division. But at least it can look forward to 2019 with optimism now that it’s back home after the dispute was resolved.

It’s also been a big year of transition at Dulwich Cricket Club where John Smith announced he was stepping down as president after 33 years of diligent and inspirational leadership. John was hugely instrumental in the growth of the club and in the establishment of the Southwark Community Sports Trust. It would be remiss not to mention the role of Tessa in making sure the grounds formerly owned by London South Bank University remained available to us all. In modern-day Britain, change appears to be a constant in the local retailing scene and what follows is certainly not an exhaustive list of the changes in our neighbourhood. While saying goodbye to long-time staple Londis, Marks & Spencer opened its newest Simply Food store by East Dulwich station. We also bid farewell to Curry Cabin but welcomed Saucy, which serves Great British Classics. Coming soon, Mr Simms Olde Sweet Shoppe is due on Lordship Lane selling, well, you guessed it. The Begging Bowl has also set up a Kickstarter campaign to secure funds for the extension and refurbishment of its Peckham restaurant. An action group comprising East Dulwich businesses, market traders and residents launched a competition to celebrate everything that’s great about East Dulwich. Local residents were asked to submit their favourite snaps capturing the spirit of SE22 and the 15 winning photos will form an outdoor exhibition stretching from East Dulwich station to Lordship Lane. This project was funded by a grant from the London Borough of Southwark.

The local cultural scene continues to go from strength to strength. The Picturehouse is well and truly established and showcases a broad range of movies from the latest Hollywood blockbuster to older classics such as Escape from New York! This year’s Dulwich Literary Festival had another stellar line-up, including Jo Brand, Nick Hewer and John Suchet. The Dulwich Festival returned in spring with a theme of ‘Celebration’ to mark its 25th year. Here’s to the next quarter century!

East Dulwich finally gets a new secondary school – it’s been a while! Charter School East Dulwich will finally open its doors on Jarvis Road on January 10 with the school relocating from its Southampton Way temporary site.

Peckham Sponsors Refugees will meet with a Home Office representative in the next few weeks to seek pre-approval to re-home a refugee family fleeing conflict and devastation in Syria. The family is expected to arrive early next year. Welcome.

The Link Age Southwark 25th Birthday Gala at Dulwich College promised a night of glitz and glamour and it did not disappoint! Over £20,000 was raised for this wonderful charity to support their work in helping older people maintain active lives in the community.The Dulwich Charity Lunch – also in aid of Link Age Southwark – was hosted at The Palmerston again this year and thanks to the generosity of our local businesses, over £2,000 was raised. Clearly there’s so much more going on in and around Dulwich, so do keep the team at SE22 magazine posted and I’ll catch you again next year. All the best for 2019! Pan Pylas is a journalist for The Associated Press, a proud Hamlet fan and a seasoned veteran of the Dulwich 7th XI cricket team! You can follow him on Twitter at @panpylas.