Around Dulwich: The 2017 Review 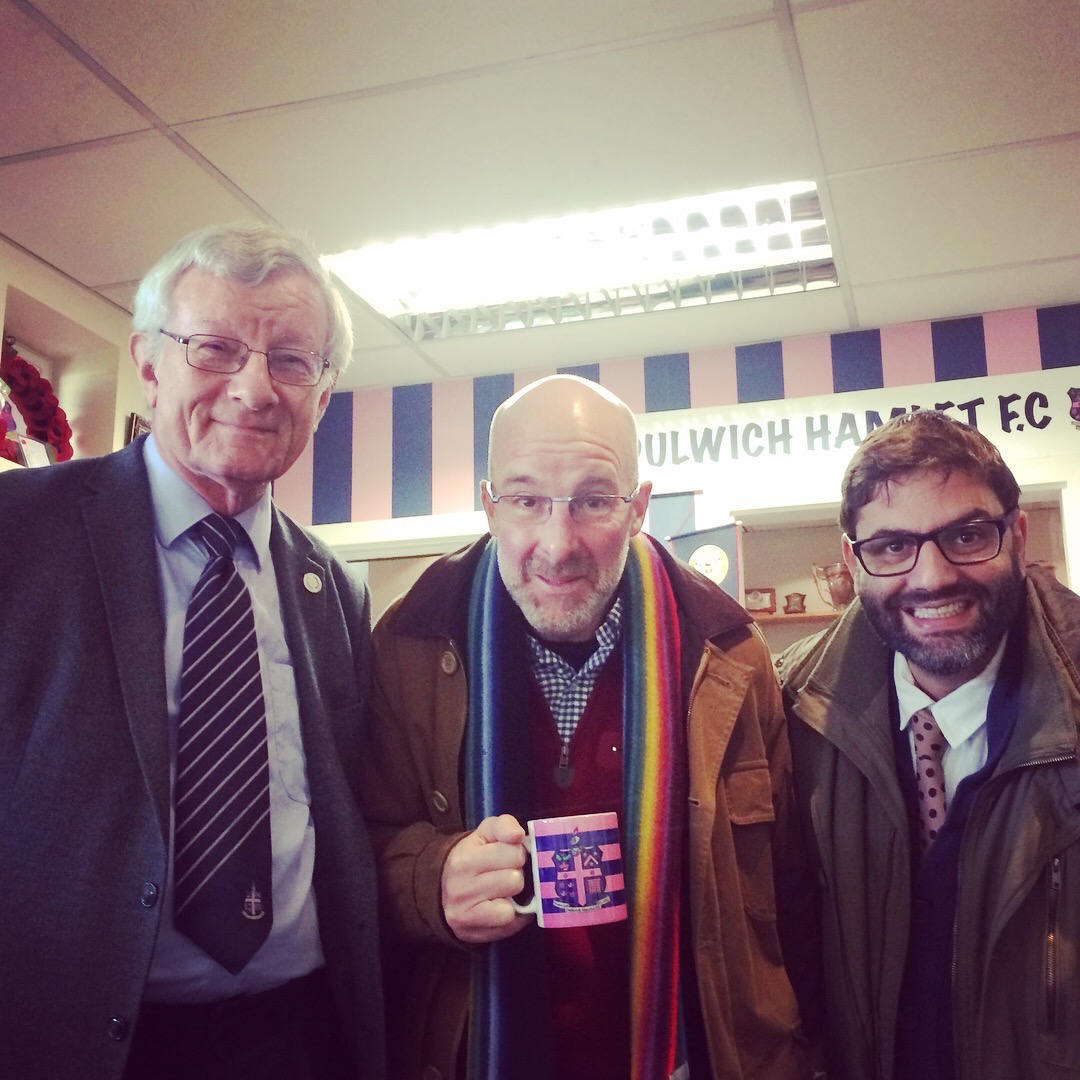 It’s a bit like waiting for the P4 bus. You wait an eternity and then two come along at once. That’s certainly the case with regard to two of the local area’s more established drinking dens. Following years of upheaval, it is with great pleasure that this end-of-year review starts off with the news that The Crown and Greyhound in Dulwich Village and The Half Moon in Herne Hill have returned. Welcome back!

It is a little bit unfortunate that ‘The Dog’s’ return has coincided with those blasted road-works in the Village. Come on lads, it took less time to build the Northern Line!

Another big change in SE21 in 2017 was the departure of Café Rouge, which has been there for as long as this writer has lived in the area. However, for this writer, how welcome to see it replaced by The Real Greek. Though the food can never be as good as my mum’s, surely! Sarah Pylas and Angela Burgess with Consultant Chef, Tonia Buxton, at the opening of The Real Greek in Dulwich Village

As the years go by, it’s quite noticeable how much churn is taking place on the foodie front. Maybe it’s something to do with age akin to how policemen and policewomen all seem to be getting younger and younger.

Le Chardon, another restaurant with links to France, closed its doors for the final time too, replaced by Tart London, a purveyor, surprise, surprise, of tarts. However, anyone suffering Gallic withdrawals has La Bonne Bouffe on North Cross Road to try out. And there’s also Suzanne James’ new supper club, fifty seven, on the same street (I don’t have the exact address but I’m sure you can work it out).

When the history of Britain in 2017 is written, it’s likely that Theresa May’s triggering of the two-year Brexit timetable in March and her miscalculation in calling a general election for June 8th will feature heavily. Labour won all three constituencies in and around Dulwich with much bigger majorities and Ellie Reeves was elected the new MP for Lewisham West and Penge. It would be remiss of us all in the community not to wish long-time Dulwich MP, Dame Tessa Jowell, all the best in her battle against brain cancer.

There must be some concern in the community that King’s College Hospital has been put into special measures by the government. Lord Kerslake also stepped down as chairman of the hospital Trust, and voiced worries about the “scale of the challenge” facing both the NHS and the Trust.

Another local institution struggling is Dulwich Hamlet. The club needs all the help it can get. Though it’s flying high in the Bostik Premier League, the club is facing a battle for survival following a dispute surrounding its Champion Hill ground. For those who don’t know, the owners of the ground, Meadow Residential have withdrawn their financial support from the club, after Southwark Council rejected Meadow’s plans to redevelop the site. As part of the redevelopment, Meadow was going to build a new stadium for the Hamlet on an adjacent site. Southwark wants Meadow to build more affordable housing. Meadow even threatened to close the ground for the recent visit by Brightlingsea Regent on what was a food-bank collection day! Eventually, the Hamlet signed a new license agreement allowing it to play at Champion Hill until the end of the season but did so “under duress.” The club clearly has funding problems and we, the fans, have to help, whether it’s in just turning up, sponsoring games or drinking copious amounts of beer. If you haven’t been, make it a New Year’s resolution. You won’t regret it. Come along to see the derby match against Kingstonian on New Year’s Day. It’ll be a great way to emerge into 2018, a year we hope when sense will prevail and the Hamlet’s future is guaranteed! Whether it’s tripping up while going for a walk, slicing a tee shot out of bounds or volleying into the net, we are truly blessed living where we do. Sports historian Simon Inglis told an audience at Dulwich College recently that there’s no other place in Britain where sport’s legacy has sustained itself through the decades of urbanization and change to the same extent as Dulwich. That’s clear at Dulwich Cricket Club, which this year survived relegation from the Surrey Championship Division Two on the last day of the season, and celebrated its 150th anniversary with a dinner at Lord’s and a tour to India. Here’s to the next 150!

In 2017, we had a raft of interesting speakers at the annual Dulwich Literary Festival organised by Dulwich Books, including novelist Alan Hollinghurst and now-retired cricket commentating legend Henry Blofeld. Village Books also had a stellar bunch of speakers too, including Yotam Ottolenghi (yes, food again), Philip Pullman and Robert Harris (hopefully his new book, Munich, made it into my Christmas stocking!).

For many people, the sense of community really emerges at the Dulwich Festival in May, which always seems to be blessed by the weather. Here’s hoping I haven’t jinxed it for next year. From the mayhem at Goose Green through the artists’ open houses to the more genteel atmosphere at Dulwich Park, there’s always something to pique one’s interest. For my part, it’s the beer tent that always seems to win out!

For those with an artistic bent, 2017 was one not to miss. The Dulwich Picture Gallery showcased the modernist works of Vanessa Bell, who along with her sister Virginia Woolf was part of the Bloomsbury Group, as well as John Singer Sargent’s stunning Watercolours. And for those younglings (it is Star Wars time, remember), the Robot Zoo at the Horniman Museum & Gardens was good old-fashioned fun.

Clearly there’s so much more going on in and around Dulwich, so do keep the team at SE22 magazine posted and I’ll catch you again next year. All the best for a happy 2018! Pan Pylas is a journalist for The Associated Press, a proud Hamlet fan and a seasoned veteran of the Dulwich 7th XI cricket side, which next year goes on its tenth anniversary tour to Somerset! You can follow him on Twitter at @panpylas.