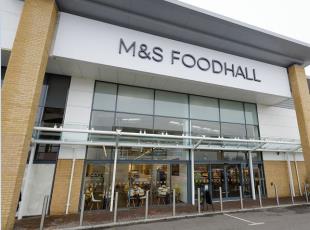 By Sarah and Pan Pylas

From the deaths of London boys David Bowie and George Michael that bookmarked the year, through the Brexit vote and Donald Trump’s election as the next US President, 2016 is likely to live long in the memory.

No review of a year in any community from Land’s End to John O’Groats can be complete without at least a passing reference to the seismic events of June 23.

For most residents of East Dulwich and around, the vote to leave the European Union in the referendum will have come as a bit of a shock. The voting proportions in favour of “remain” in the boroughs of Lambeth, Lewisham and Southwark were some of the highest across the whole country.

Bar the collapse in the pound, nothing really has happened yet and life has gone as before. The East Dulwich community has continued to thrive, showcased its local talent, wide-ranging tastes and multicultural nature.

From new offerings on the strip through to pioneering endeavours off it, 2016 has been another year of flux in East Dulwich.

Without seeking to overplay the commercial over the cultural, it’s fair to say that something truly dramatic entered the community this year, something that some had pushed for years while others had feared. A year on from the opening of the East Dulwich Picture House we now have a Marks & Spencer in town. Its new foodhall at the site of the old Iceland opened at the end of August and seems to be notching up some strong numbers. Let’s hope that it doesn’t get too dominant it severely impacts all the other fabulous local businesses. Surely, there’s room for both!

FANCY A PINT OR A BITE TO EAT?

Another popular establishment that’s landed this year has been the MEATLiquorED, located on the premises of a former local favourite The Sea Cow. Turkish restaurant Hisar has reopened under new management, while Si Mangia on Forest Hill Road has been rebranded Lorenzo. Most of the old fixtures and fittings remain, but the restaurant now offers the same menu as their Crystal Palace branch. A personal request, please bring the gluten-free pasta back.

Perhaps the most dramatic makeover of the year was the launch of the Watson’s General Telegraph pub on Forest Hill Road. There are very few echoes of its former self as the Forest Hill Tavern or the Rose – the horseshoe bar at the centre is no more for one. Another pub to rebrand itself this year was the Chandos in Honor Oak serving craft beer and pizza – certainly one to seek out soon.

A quick aside: The big news in the village – once again – is that the Crown & Greyhound has yet to reopen after goodness knows how many years. Is 2017 going to be the year this grand old pub will reopen its doors (they say March – so fingers crossed). The local residents certainly hope so.

One new offering for the village was the launch of a weekly farmers market at the Dulwich Church of England Infants’ School each Saturday. And in nearby West Dulwich, a fresh food market also launched on the corner of Croxted Road and Park Hall Road. Along with North Cross Road Market, we are certainly a community that’s always looking to innovate and to encourage small businesses. That’s something we should be particularly proud of.

And big congratulations to La Scala Coffee House, which took home the Time Out prize for best coffee shop in Dulwich and East Dulwich!

WE’RE NOT JUST FOOD AND DRINK!

Our community is not just about food and drink though. Long-established Bells Bathrooms and Kitchens opened a new and improved kitchen showroom on their Lordship Lane base, while Daisy Lets & Sales expanded into Forest Hill. In the village, the Groom Room has become Porter’s and is now offering quality coffee too.

Few communities in London can boast as rich a cultural programme of events as ours.

The Dulwich Festival in May has been front and centre of the community’s cultural heritage for many a year. This year’s programme was full of beautiful music, enlightening literary and theatre events, fantastic art in the Artists’ Open House and a whole array of wonderful walks and fairs. This year saw the celebration of 400 years since the founding of Christ’s Chapel, Dulwich Village.

Other delights this year included the Sydenham Arts Festival in April, the West Dulwich Spring Fair in May, and the Queen of Norway’s visit to Dulwich Picture Gallery to officially open ‘Painting Norway.’

The East Dulwich Christmas Cracker is now a well-established street festival and really marks the start of the year-end festivities. This year’s edition involved 500 participants and attracted well over 5,000 visitors.

There were a number of landmarks this year too. Well done to Push Studios for hitting the 10-year mark. No doubt, many of us could do with a visit there to get rid of any Christmas excess!

IN PRAISE OF CHARITY

On the charitable front, the Dulwich Charity Lunch raised a fabulous £2,500 for Link Age Southwark. The lunch, now in its 15th year, is held every December and is a fantastic way for local business men and women to meet up and get in to the festive spirit. This year the lunch was held at The Palmerston, who kindly closed the pub for the event. Over 64 local business men and women got together and had a great Christmas party.

And big kudos to Mathilde Cacao, a 10 year old student at Rosemead Preparatory School, who took the incredible initiative to set up a fundraising stall in favour of The Malala Fund. Setting up her own stand at the Dulwich Festival Fair, she sold food ‘with a spine’ and homemade lemonade. It showed great entrepreneurial skills, focus and determination as well as the organisational mastermind of a 10 year old.

One particularly interesting innovation is taking place in Herne Hill, where locals have come together to address a smelly eyesore plaguing the neighbourhood. The innovative new ‘Waste Collective’ is aimed at clearing pavements of rubbish. The programme aims to keep the high streets clear of commercial waste and industrial bins for 23 hours a day, everyday, with a cost effective recycling collection service.

A new Community Garden also came to West Dulwich this autumn when a group of local residents turned a neglected strip of land into a beautiful pocket garden for all to enjoy! The patch of land, on the corner of Tritton Road and Vale Street, used to attract dog foul and litter. Locals decided to turn things around and won a Mayor of London Capital Clean Up grant to help fund their idea. They spent months perfecting a garden design with the help of many in the community and local business.

On the sporting front, the rise of Dulwich Hamlet continues unabated. It is one of the most popular non-league clubs in the land, on occasion notching up crowds north of 2,000. And the team isn’t doing badly either – lying in fourth place at the half way stage, the pink and blue army is well on the promotion trail. Let’s hope we don’t get a repeat of the play-off defeat to East Thurrock in May when hundreds made the trip to Essex.

2017 is going to be a big year for Dulwich Cricket Club, as it will be celebrating its 150th year anniversary. Highlights will include a dinner at Lord’s and a tour to India – some of the veterans of the annual cider-drenched 7th XI tour to Somerset are also expected to attend. 2016 was a year of consolidation for the 1st XI and here’s hoping that the team can push for promotion from Division 2 of the Surrey Championship – that really would cap the anniversary.

Perhaps the biggest local anniversary next year will be the Dulwich Picture Gallery’s bicentenary and Around Dulwich will be there to bring you details of all the news and events as they celebrate 200-years.

We know there have been many other highlights during the year so apologies in advance! We wish you all the best for 2017! Chin chin!

Around Dulwich is run by SE Magazines.