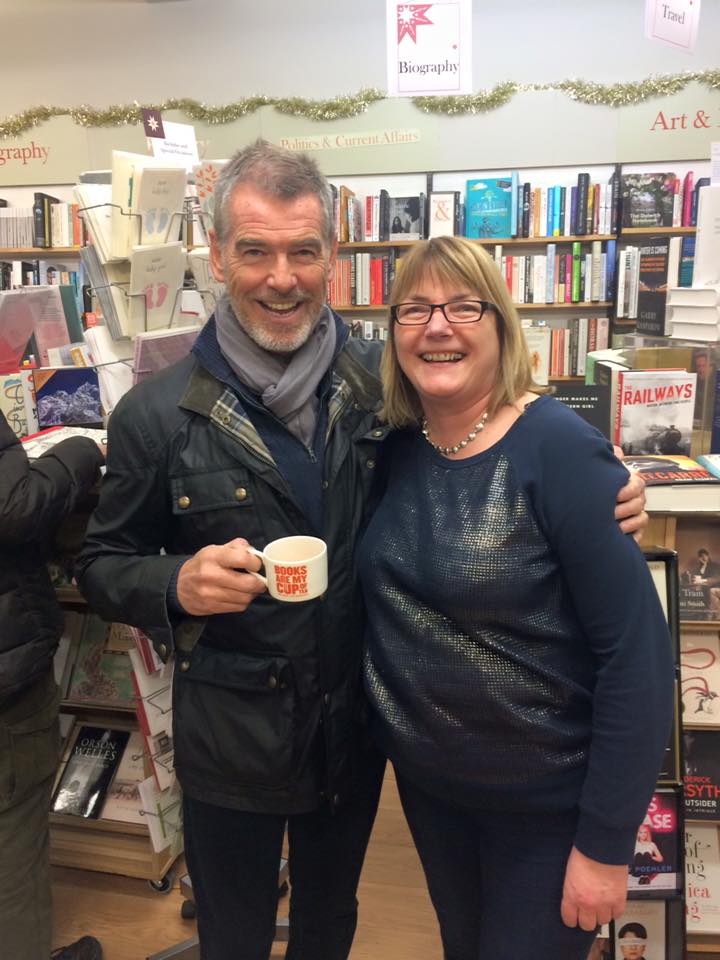 As we celebrate the start of a new year, let’s take a look back on the major moments around Dulwich in 2015.

And what a year it was. Even James Bond turned up in the form of Pierce Brosnan at the Love West Dulwich Christmas Fair.

And, for those who missed it, Dulwich was the beating heart of one episode of The Apprentice when Lord Sugar’s wannabe business partners tried to impress with a series of handyman tasks, including cleaning up Dulwich Hamlet’s ground at the end of the season. It’s incredible how much gum gets chewed (and gobbed out) during a season! Come Dine With Me apparently coming here next year.

Talking of our very own Pink and Blue Army, the Hamlet is flying high, atop of the Ryman Premier League. Promotion will take the team into National League South, just two divisions below The Football League. Amazing stuff. If you’ve never been, pop down to Dog Kennel Hill on a Saturday afternoon.

Another sporting landmark this year came from Dulwich Cricket Club where 15-year-old Kira Chathli hit the ladies’ team first-ever 100. Oh, and she got another one too. Well done Kira.

On The High Street

It’s been another year of change for our retailers. And again, it seems that many of our cherished businesses are being priced out of the neighbourhood to the detriment of the local community.

Among those who have left the scene for various reasons it must be said, are Give and Take, The Pet Shop, Hope & Greenwood and Iceland. For this writer, it’s with great sadness that the year ends with news of the closure of the Sea Cow after nearly a decade serving up delish fish and chips.

Among those new businesses we wish all the best are Pro Beauty Clinic, personal stylist and image consultants, House of Colour, and Maison Dog (it’s in the name folks!).

Elsewhere, we welcome back Question Air, which left its previous home in the Village to take on the lease formerly held by Give and Take. Evans Cycles have added a branch too.

But perhaps the biggest event in Dulwich this year – let’s say it was the biggest – was the opening of the East Dulwich Picturehouse. We at Around Dulwich think it’s a great addition. And lucky them. Inside Out was followed by James Bond’s latest outing in Spectre and then the big daddy release of all: the new Star Wars flick.

There have been a series of refurbishments too that seem to have gotten the thumbs-up by many, including La Scala Coffee House, The Cherry Tree, The Herne and The Lordship (formerly, The Patch, The Magnolia, The Magdala and on and on).

Big refurb news for next year. The Rose on Forest Hill Road (formerly the Forest Hill Tavern as everyone on the 63 bus route knows) is reopening in late January. Looks interesting. Time that venue delivered something special. Watch this space.

Half Moon, Not Forgotten

We at Around Dulwich want another local hostelry back. The Half Moon Pub in Herne Hill, which has been closed since the flood of 2013. We want it back and urge all our readers to sign the petition urging the Mayor to save it as a live music venue.

One place you were able to catch live music this year was at the Aquarius Golf Club, a historic local landmark at the end of Marmora Road, for those who don’t know. Every last Friday of the summer months saw a live performance. Final Fridays at Aquarius they called it. Let’s hope for a repeat in 2016.

In spite of the retailing turnaround – admittedly a sign of a thriving locale – it’s always heartening to hear of landmarks. Postmark, the card shop on Northcross Road, celebrated its millionth customer. The Bishop and The Clipper also turned ten! So did SE Magazines, Around Dulwich’s mothership!

The Dulwich Literary Festival also launched in October at Dulwich College. Among the highlights were Melvyn Bragg, Helen Lederer and Vince Cable, who told Around Dulwich that the Conservatives are “very good at slaughtering people.” Coalition must have been fun, Vince.

Speaking of politics, East Dulwich has a new MP, Labour’s Helen Hayes. Whatever one’s political views, we wish long-serving MP Tessa Jowell all the best. We must say, we thought she would be a shoo-in to be Labour’s candidate for Mayor in next year’s elections and were surprised when she fell short. Camberwell and Peckham MP Harriet Harman did lead Labour in the aftermath of its defeat in May through to the election of Jeremy Corbyn.

To mark the general election on May 7, the Ivy House hosted an evening of cabaret with veteran political comedians, magicians and minstrels. Comedy Store and local boy, Jim Barclay, and the hilarious Scummy Mummies headlined the entertainment.

May is always an exciting month as it’s the annual Dulwich Festival. Again, there was great music and theatre, educational walks, and local food trails. The incredibly popular Artists’ Open House was just superb.

Meanwhile, the Festival Fair on Goose Green celebrated the very best craftspeople, designers, independent shops, bars and cafes from East Dulwich, and this year managed to attract more people than ever before!

In Forest Hill, the big event of the year took place in September when fashion week returned with a theme of ‘Creativity, Community and Culture’ – three things that definitely make Forest Hill such a vibrant and unique part of London.

Our civic society saw many landmarks during the year, including a new branch of the Women’s Institute in SE23. Incidentally, the WI celebrated its centenary and two local members went to a Buckingham Palace garden party in the height of summer. Unfortunately, Her Maj wasn’t in attendance. The Rotary Club Of Dulwich and Peckham also merged with that of Crystal Palace and Norwood. Dulwich Helpline and Southwark Church Care also relaunched as Link Age Southwark.

The Charter School Educational Trust (TCSET) started a public consultation for a new secondary school to serve East Dulwich and surrounding areas. The consultation follows the successful bid to the Department for Education to open a Free School.

And the year-end Dulwich charity lunch at The Palmerston, hosted by our very own Angela Burgess from SE Mags, went with a bang raising a fantastic £2,220 for our local charity Link Age Southwark.

Whatever your cuppa tea, our community is gaining renown. A new guide of the area, The Dulwich Notebook, came out, one in a series of guides showcasing London’s residential quarters.

Thank you for all your support in 2015 and wishing you all the happiest of new years. As everyone says at the moment, may the force be with you!

Around Dulwich is run by SE Magazines.