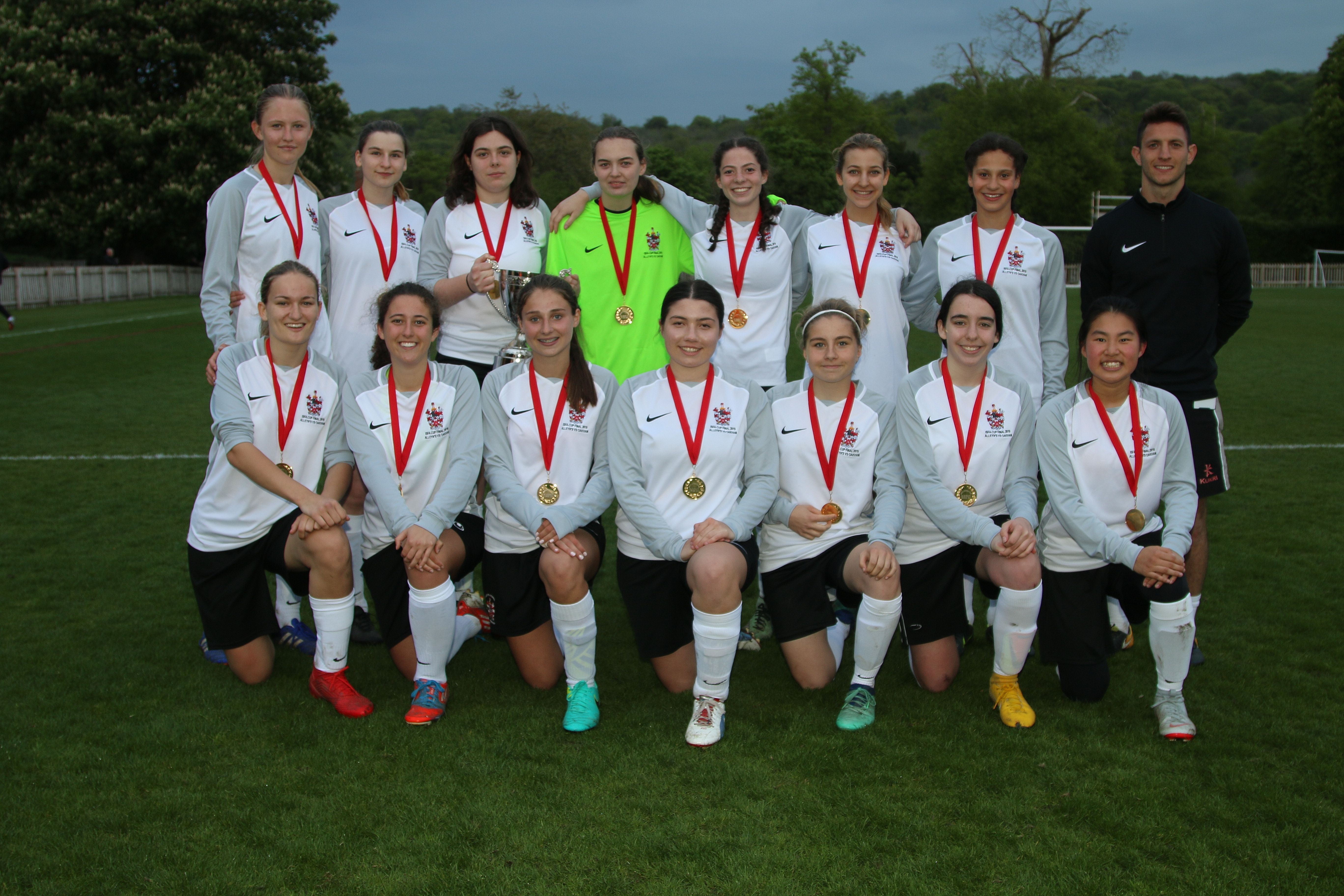 After a strong season and an excellent performance in the semi-finals which took the team through to the National Cup Final for the second consecutive year, the girls made the journey to Bisham Abbey where they would face Oakham School who saw off favourites ACS Cobham in their own semi-final.

It was clear from the kick-off that the Alleyn’s side was on the way to achieving something special. They produced a purposeful and determined performance; pressing hard all over the pitch, countering aggressively. Despite carrying a threat, Oakham could not cope with the pace that Alleyn’s set. When they broke through the lines, any attack was quickly snuffed out by Eleanor (Y12) who was composed and confident between the sticks.

Elisabeth (Y12) scored an impressive hat-trick and when Oakham rallied to pull one back, Captain Honor (Y13) produced a spectacular strike to restore her team’s three goal lead.

When Elisabeth latched onto another perfectly weighted through-ball from Emma (Y11) to score her fourth goal late in the game, it was clear to the on looking crowd that Alleyn’s had secured the School’s first ever ISFA National Championship.

Congratulations girls on an outstanding performance and a very well-deserved win!