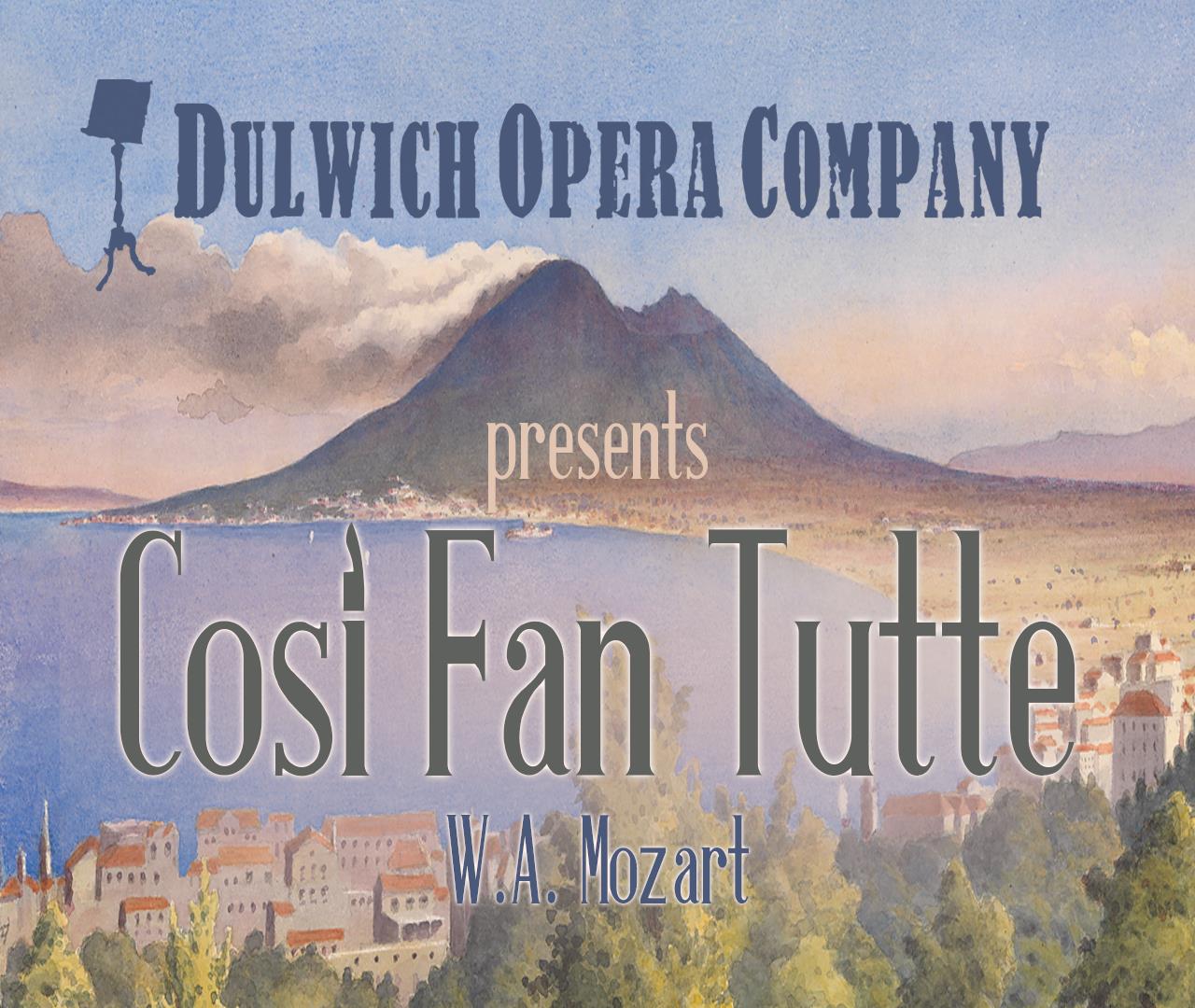 Dulwich Opera Company will present a new, fully staged production of Mozart’s opera in All Saints Church, West Dulwich, this coming April. Così fan tutte is a fantastic opera with a captivating yet hard-hitting story which forces us to examine ourselves and question who we are and why we behave the way we do. In order to maximise the impact of this brand new production Dulwich Opera Company aims to raise £3,500 to fund a chamber ensemble of 11 professional musicians to provide a rich musical accompaniment.

It is their goal to work with a chamber ensemble as it is the next important step to take this young company and production to a new level, providing a number of benefits for the singers and their audiences alike.

Please visit www.crowdfunder.co.uk/dulwich-opera-cosi for full details and for a sneak video preview of music rehearsals and interviews with members of the team.

Dulwich Opera Company is seeking to build on the success of its first year and a very well received and sold out production of La bohème in 2015. For Così fan tutte they have brought together a talented cast and a highly experienced and exciting creative team.

Musical Director, Kelvin Lim, trained at the Royal College of Music and English National Opera, studied under Philip Thomas, and has worked as repetiteur for English National Opera, ROH2, Glyndebourne, Opera Holland Park, English Touring Opera, Longborough, Mid-Wales Opera, Northern Ireland Opera, Aldeburgh, Tete-a-Tete, Opera Project, and at Royal Academy of Music. Kelvin is Co-Director of Postgraduate Opera at Trinity College of Music. He has coached for Jette Parker Young Artists ROH, was chorus master for Opera Holland Park, and was a Senior Coach at Morley College Opera. Kelvin is musical director for his own company, Opera Forge, which performed semi-staged scenes from Der Ring des Nibelungen at the Royal Festival Hall Clore Ballroom as part of the Wagner 200 Festival and at St John’s Smith Square. He has regularly broadcast on Radio 3, and accompanied Sir John Tomlinson both on In Tune, and in recital. Kelvin is a CREAR Scholar, Bayreuth Bursary Prize winner, and the official accompanist for the Wagner Society.

By donating to this campaign you can help bring the music of Mozart’s wonderful opera, Così fan tutte, to life with a chamber ensemble, fulfilling the dreams of this young opera company and its talented cast and enhancing the artistic experience for its audiences.

To find out more about the company, please visit www.dulwichoperacompany.org.uk