The Wonderful by Geoff Aymer 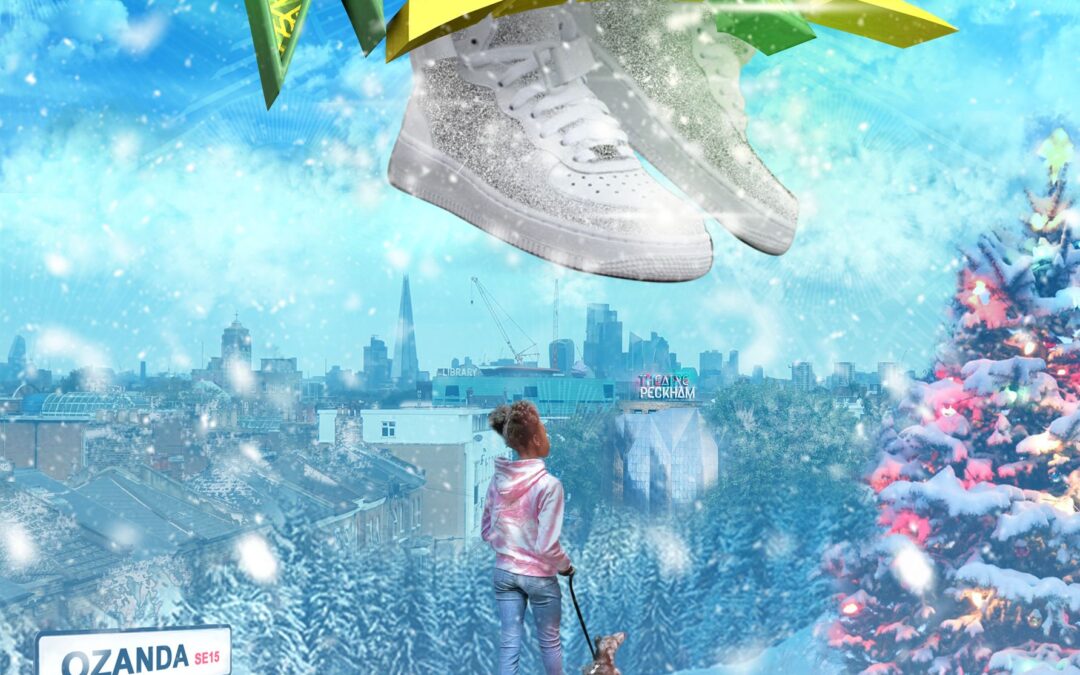 This December, Theatre Peckham’s Christmas show will be The Wonderful, a Wizard of Oz meets Black Panther inspired reimagining of L. Frank Baum’s classic tale. Artistic Director Suzann McLean, in collaboration with actor and writer Geoff Aymer, stage this truly representative adaptation celebrating the vibrant community in which Theatre Peckham serves. The music and dance in the show bring a fusion of Afro beats and Hip Hop into the world of musical theatre. With music composed by Jordan Xavier and Nick Bowers-Broadbent and choreography from CTC Dance founder, Christopher Tendai.

The story begins in Nanna Emi’s takeaway shop in Peckham. A spectacular storm sweeps Efe and her dog TikTok from SE15 to Ozanda, a mystical African land where tribal tradition rubs shoulders with high tech gadgetry. There Efe embarks on a fantastical quest of self-discovery to find her way home. But not without the help of her new friends, Manne-Quin, Cyri and the Mane Man who show her there really is something magic in all of us.

Suzann McLean comments: “This show is about identity, being brave, self-acceptance and embracing the value that each and every one of us bring to the world. Theatre Peckham has a praised history for placing children centre stage. The Wonderful does just that with a story that encourages young people to seize control of their own destinies.”

She adds: “This re-imagined production connects with a younger generation who want to live in a world where they can be unapologetically their true selves. I’d describe it as The Wizard of Oz meets Black Panther: Self-discovery meets Afrofuturism. Our theatre sits on the border between Peckham and Camberwell, so it was only right that our story reflects and celebrates the rich cultural intersectionality of its community. This quote from a child from a local school says it all, ” I learnt that somehow, some day I can achieve anything because Wonderful is inside of all of us” pupil aged 9.””

Writer Geoff Aymer comments: “I hope this very special adaptation makes this classic tale so much more accessible to today’s generation. We go from Peckham to a Wakanda-ish version of Oz. The message is simple: we all have hidden talents which make us a bit special. We just need to have self-belief and tap into them.”

The cast of professional actors, led by renowned Ray Emmet Brown in the title role, will also be joined by a host of young actors from Theatre Peckham’s Academy.  Also, as part of its continuing drive to champion and develop young people within its community, the venue has also provided roles front and backstage for five individuals from the DWP Kickstart Scheme. The new intake signifies Theatre Peckham’s continuing drive in the development of education, training and skills and the venue’s commitment to this was recently recognised by an award win at the Southwark Business Awards.