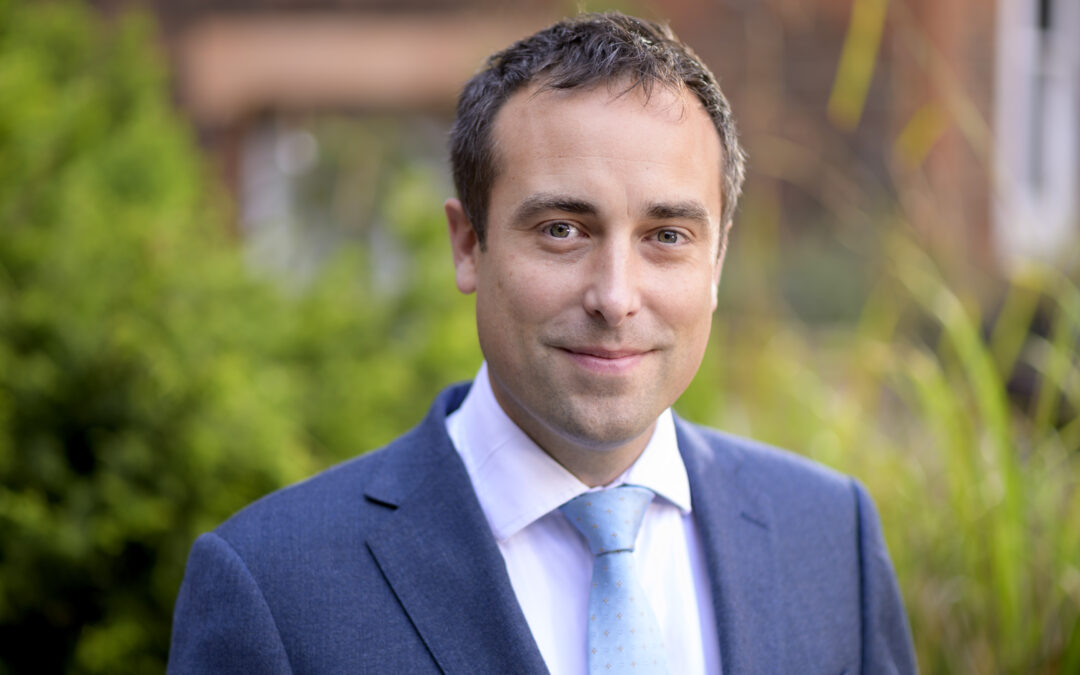 This week, St Dunstan’s College in Catford, south London, will be marking LGBTQ+ Week which coincides with LGBT History Month in the UK.

Headmaster Nicholas Hewlett, 41, has made the brave decision to be open with Senior School students and tell them he is a happily married, gay man.

Speaking about his decision, Mr Hewlett explained: ‘15 years ago, I was told by a senior colleague in the independent school I was then working in that, as an openly gay man, it would be virtually impossible for me to become a headmaster. Today, in my seventh year as head of St Dunstan’s College, I have taken the decision to be transparent and open about my sexuality with the pupils under my care.

‘The reality that role-models really do matter and can have a material impact on the mental wellbeing of young people. For children, being educated by a diversity of adults who represent differing race, gender, sexuality and background, helps identities to settle and grow. More than this, it helps cultivate an ethos of inclusion and respect, preventing the narrow-minded rhetoric, superiority and inward-looking identities that have come to characterise far too many of our country’s institutions.

‘Furthermore, I believe we are duty-bound to stop the pervasive, increasingly sub-conscious, view that professional success needs to look a certain way; that white, heterosexual men are in some way inherently advantaged in assuming positions of responsibility and leadership.’

Mr Hewlett will make the announcement in the Senior School assembly which will be posted online. In the assembly, he will speak about a former St Dunstan’s pupil and staff member, Martin Preston, who was publicly outed in 1981. ‘Pupils rallied around their teacher; they had letters published in his support, going against cultural norms, and showed great humanity, respect and dignity, and in apparent direct contradiction to the views of the Headmaster of that time, who apparently took a very different view,’ Mr Hewlett will explain.

Speaking about his decision, Mr Hewlett adds: ‘If by standing up and ‘coming out’ to my pupils, it helps one young person be more comfortable in their own skin, more empowered to be themselves, and further engenders a culture of respect, inclusion, and the championing of individuality, surely it is an act worth doing?’

During the week, there will be a variety of talks and activities taking place in the College. This will include guest speakers, tutor time discussions and an art competition.

‘St Dunstan’s is a community that looks out for one another and the people around us. The events of the last 12 months have been a great demonstration of that, and I have been privileged to have the support of staff at the College. I have also been touched by the kind messages already received by parents, students and colleagues,’ Mr Hewlett adds.