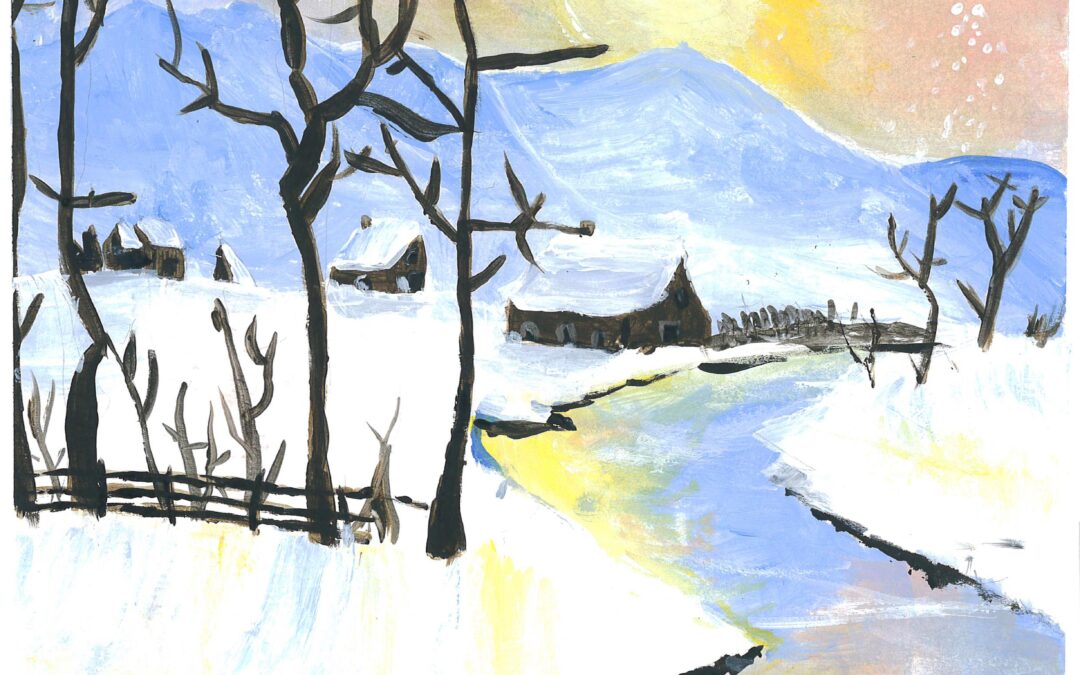 Students from Year 5 to Year 13 were given the task of creating artwork that would be used for the Christmas card, which is sent out by the Headmaster to those in the local community, governors and other schools.

The winning entry was created by Year 9 pupil, Mei Lin, who created a stunning winter landscape.

Speaking about the competition, St Dunstan’s Headmaster Mr Nicholas Hewlett said: ‘Congratulations to Mei Lin on creating the winning design, and well done to everyone who took part in this year’s competition.’

Art Technician Miss Natalie Adkins added: ‘We were thrilled to see so many students take part in the Christmas card competition, and it brought a lot of festive cheer to the Art Department looking through all of the entries.

‘Congratulations to Mei Lin on a beautiful image, which will be seen by so many of the St Dunstan’s community. Well done to our runners-up and all of the students who submitted entries for the competition. The Art Department sends Christmas wishes to everyone and a very happy new year.’

This year, St Dunstan’s has decided to send e-cards in place of the traditional Christmas card, and the College will be donating the money normally spent on the cards to the charity Crisis.