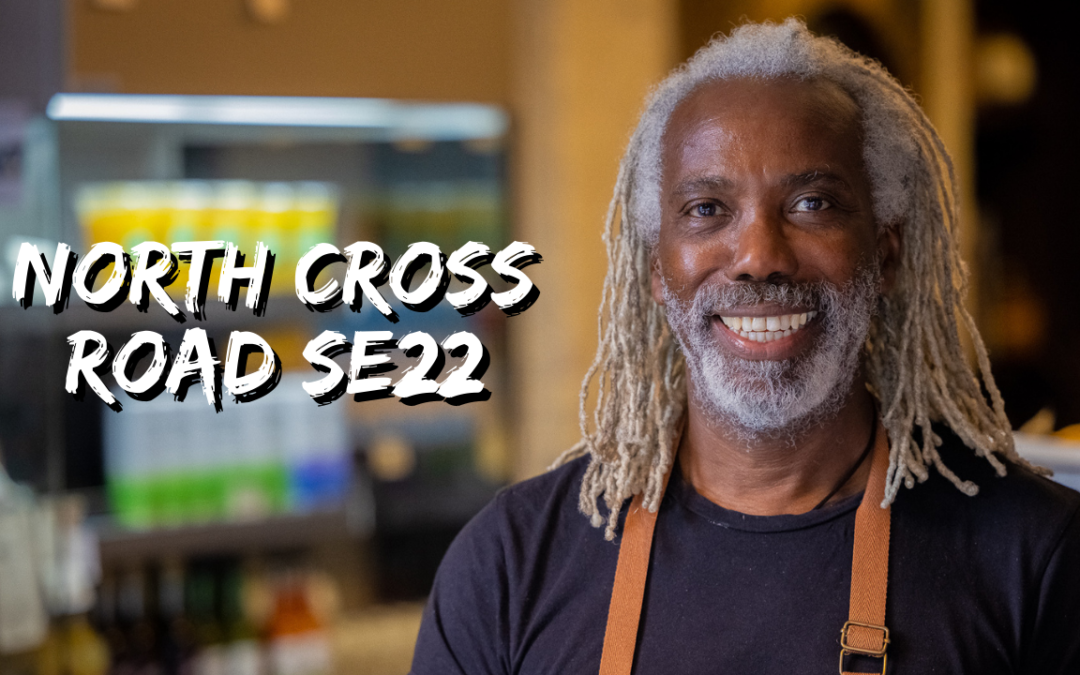 A new short film about North Cross Road has just been released on YouTube, featuring some of the people that live and work on the street, in a project that aims to shine a spotlight on independent trade in SE22 following the wake of the pandemic.

The film was made by local East Dulwich resident, Cameron Hall, with a view to helping promote independent business following the closers and restrictions over the past 18 months due to Covid-19.

Cameron says, “I’ve lived in North Cross Road for the past eight years and love everything about it – from the independent bars, shops and restaurants to the weekly market every Saturday. I feel very lucky to live on a street with such a great atmosphere and a community of wonderfully friendly people who will do anything to help you.”

He continues, “Like most people, I think the pandemic has made me appreciate where I live even more so than I already did. It’s been a time to refocus on what we have rather than what we don’t.  It’s obviously been a very tough time everyone – including sole traders and small businesses – and as a small business owner myself I know the challenges first-hand.”

“I like telling human interest stories, which is something I do in my day job, and felt it would be great to capture the vibrancy of the street in a film project – celebrating the road and the people who work so hard to make it such a vital part of the local community.”

The short film itself was shot and edited over a period of two months during summer 2021 and was released online last week, gaining over 2,500 views in counting.

Cameron continues, “The film is purely a passion project and I’m very aware that by making a film like this there will be many people who don’t feature. It’s simply impossible to capture everyone so I decided to spotlight independent business and focus on five characters who work on the street – in what I hope reflects different types of local businesses – such as the market, cafes, restaurants, shops and the Jeannie Avent Gallery. I tried to include as many people as I could within the time I had available to film – with some visual and voice cameos from a number of other local business owners too. I’d like to say a big thanks to everyone who took part.”

Cameron concludes, “I hope it’s something the local community will enjoy – but also something people from outside the area will discover and encourage them to visit East Dulwich and North Cross Road to experience all the amazing amenities the street has to offer.”