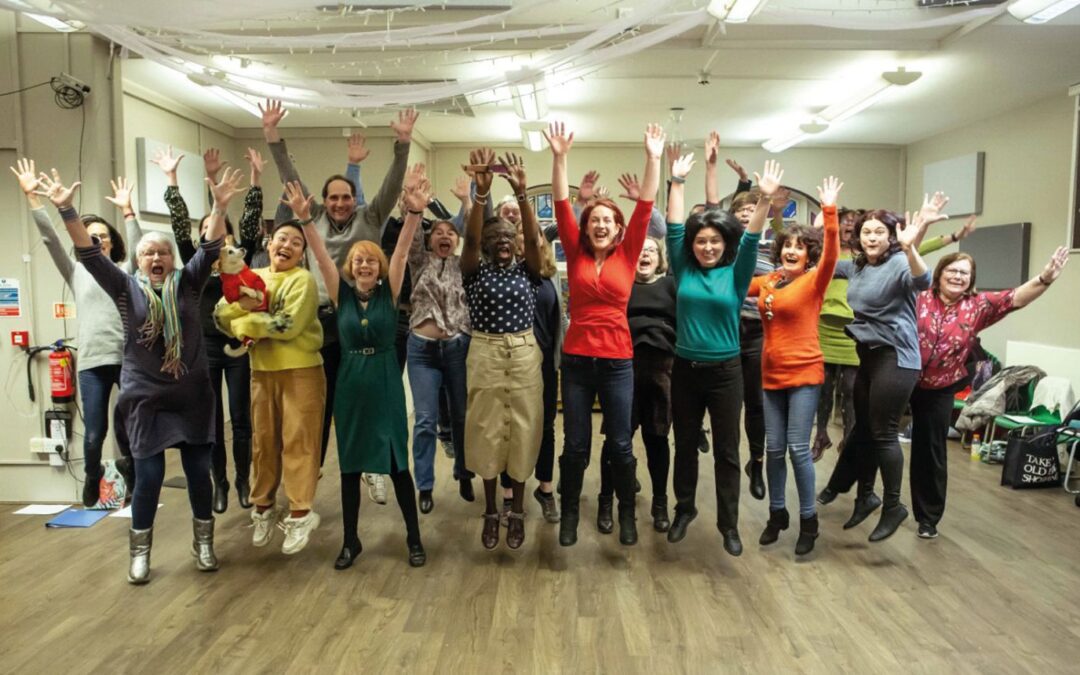 The Herne Hill Music Festival is excited to once again be back this year, offering a huge selection of 23 varied events. Throughout the lockdown both committee and performers have been working hard behind the scenes, curating a varied programme of stunning musical performances for you to enjoy in the comfort of local Herne Hill venues. Preluding on Friday 8th October in the Half Moon pub, there you can listen to some smooth late-night Jazz from singer-songwriter Nel Begley at 8pm. If tragic stories and historical performance is more your thing, then The Friend’s Musick Chamber Choir will be performing right down the road (in traditional costume), at the Prince Regent pub, also at 8pm. Commemorating the 420th Anniversary of the 1620 sailing of the Pilgrim Fathers in the Mayflower you can experience that fateful 66-days’ voyage across the Atlantic.

The festival is also continuing on previous years’ successes in inviting our public to participate in open musical workshops. Empowering the youth through music, passionate music educator Margaret Omoniyi and her band invites your babies, toddlers and young children to St Paul’s Church Hall for a 90-minute workshop of singing, movement, instrument fun and props. Don’t be surprised if parents are invited to join in! (Saturday 9th October at 11am). Later in the afternoon, there will also be an opportunity to watch a showcase of Youth Musical Talent from young musicians from local schools at St Saviour’s Hall at 3pm – please note this event is provisional.

Later on Saturday evening, for this year’s Music For ‘Practical Action’ evening fundraising concert, we have invited Japanese concert pianist Haruko Seki for a spellbinding programme of keyboard classics at 7:30pm at St Faith’s Church. If jazz is more your style, then we are delighted to be bringing The Nigel Grice Quintet to perform for the first time at the festival, at the Prince Regent pub at 8pm.

Sunday 10th brings the programme outdoors, with the Lambeth Wind Orchestra performing in the Bandstand in Brockwell Park at 1:30pm. There you can hear a mix of classical and popular tunes, where donations will be gratefully received. Nearby in the Community Greenhouses at 3pm, the Giant Folk trio will be playing a curious selection of jazz and folk music, inspired with an infusion of Irish and Scandinavian melodies. At 6pm head up the road to St Paul’s church, where we will once again be featuring a traditional Choral Evensong.

On Monday 11th October, aspiring Jazz lovers will again be welcome to play along with their instruments as well as listen in our Jazz Jam session at the Off The Cuff bar, led by Roger Humbles at 8pm. Further down the arches on Tuesday 12th, enjoy another pint (or two) of local craft beer at Canopy Beer alongside a performance from the iyatraQuartet. There you can hear the velvety tones of clarinet alongside ambient mandolin and enchanting percussive tones, transporting you to a bygone age of ancient singing and folklore.

Wednesday 13th brings an offering of country-style guitar and vocal music of Americana with Pete Bruntnell in the intimate setting of The Workshop at the back of the Half Moon Pub. Provisionally for the 14th October, it is hoped that once again that local school pupils will be invited to perform for the School Musical at St Saviour’s Hall. You have been warned however: the show from Tijuana Jazz ensemble on Thursday 14th at 8pm, is sure to have you leaving The Prince Regent Pub with tunes you can’t get out of your head for the rest of the evening, including hits from the Beatles and other 60’s hits.

The final weekend of the festival sees a delightful oboe recital from Julia White and Andrea Kmecova, performing well-known film score melodies on Friday 15th at 7:30 at St Paul’s Church, raising money for its Organ Fund. Again at Off The Cuff at 8pm, the festival welcomes Hotmotel, offering a selection of upbeat original indie-rock songs perfect for an atmospheric Friday evening.

Raising money for Norwood and Brixton Foodbank, Opal Flutes, a local mixed-ability flute choir brings you Coffee Morning Music at Herne Hill United Church on Saturday 16th at 11am. Expect to hear a range of familiar tunes ranging from classical, to pop and more! Later at 3pm, The Festival is also again welcoming 4 local amatuer choirs to perform in Herne Hill Sings On at St Faith’s Church who would also be happy for your support. Your support would also be welcome in aid of local charity Herne Hill Welcomes Refugees, in whom cover band Talking Strawberries will be performing at 7:30pm at Off The Cuff.

Once more at Off The Cuff on Sunday 17th, young people are again invited to showcase their musical skills at the Junior Open Mic Concert at 11am. Come support the future musical talent emerging in the area! Also for the final day of the Festival, enjoy an afternoon in Ruskin Park with a performance from the Crystal Palace Brass Band at the park’s bandstand from 2pm. Meanwhile, back at Brockwell Park’s Community Greenhouse at 3:30pm, Greenhouse Folk – Fran & Mike, the duo will be performing an uplifting acoustic vocal and guitar set of Country and Blues music, where a high turnout is expected.

Finally, the festival is delighted to be concluding with the very talented Southwark Sinfonietta at 7pm at St Faith’s Church, performing a mighty programme including Beethoven’s Epic Piano Concerto no. 5 (“Emperor”) with Nadia Lasserson as soloist, and Mozart’s 36th Symphony in C, “Linz”.

Tickets are now on sale from the Herne Hill Music Website: www.hernehillfestival.org