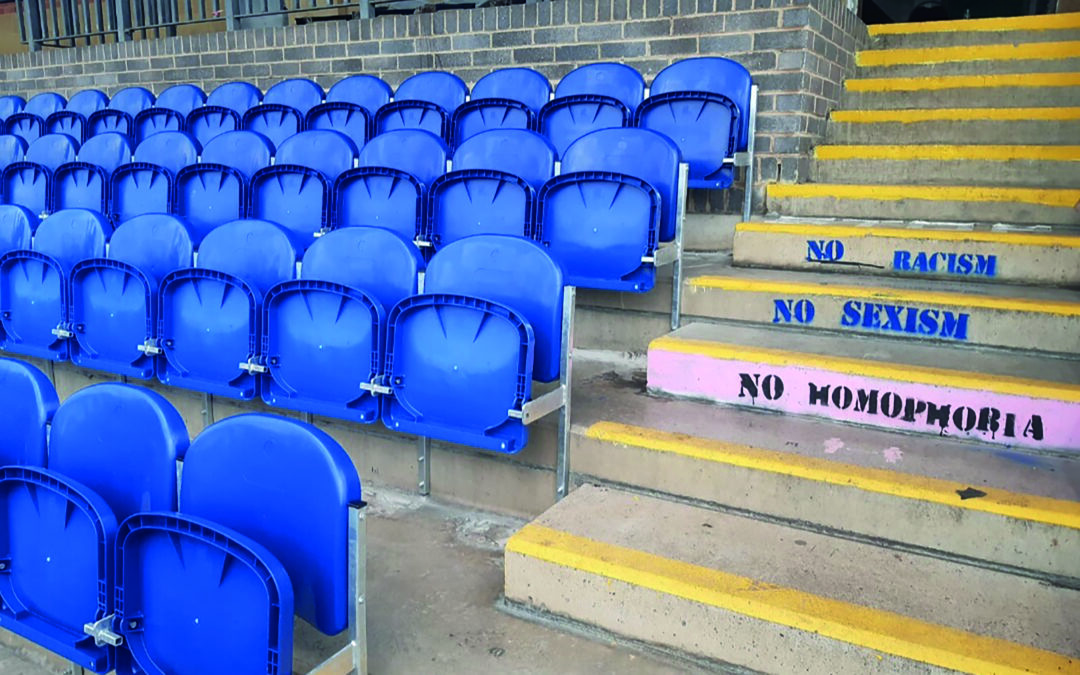 After a hefty hiatus, competitive men’s football has resumed back at the cradle of non-league football that is East Dulwich’s very own Champion Hill.

Dulwich Hamlet booted off their third and a half season in the National League South (football’s most senior sub-national league no less) against Chippenham Town. Now Chippenham is famous for a number of things. Legendary rocker Eddie Cochran died in a car crash there or thereabouts. Hero of the working class Jeremy Corbyn was born in a manor house not too far away. And England footballer and all round good egg Tyrone Mings once played for the Bluebirds, while advising locals about their mortgages at the same time. None of this mattered a fig however as the Pink and Blues, looking glorious in their new Bauhaus inspired kit, went one up against the men of Wiltshire. Hamlet’s wingmen threatened to besmirch the honour of the Chippenham goal throughout the game. But a jammy penalty for the visitors saw the game finish one all each apiece and square. A decent start.

If you’ve never experienced the thrill and occasional spill of a Hamlet home game, then why not get yourself down to the Stadio della Dog Kennel Hill Sainsbury’s this season. You will love it. All human life is there. And quite a bit of canine life too.

And when you do head down to the Hill, you’ll see that the stadium has smart new navy seating in the Tommy Jover stand. The estimable  Supporters’ Trust ponied up the cash for the improvements and now has a shareholding of just over 29% of the club. Truly a supporter led club.

You can of course check out all the details of all upcoming games and league fixtures at www.pitchero.com/clubs/dulwichhamlet/. And you can make sure you have all the right clobber at the games via the online shop at www.dhst.org.uk or at the mega-container club shop on match day. Replica shirts should be available shortly

So up the Hamlet and see you all at Champion Hill.