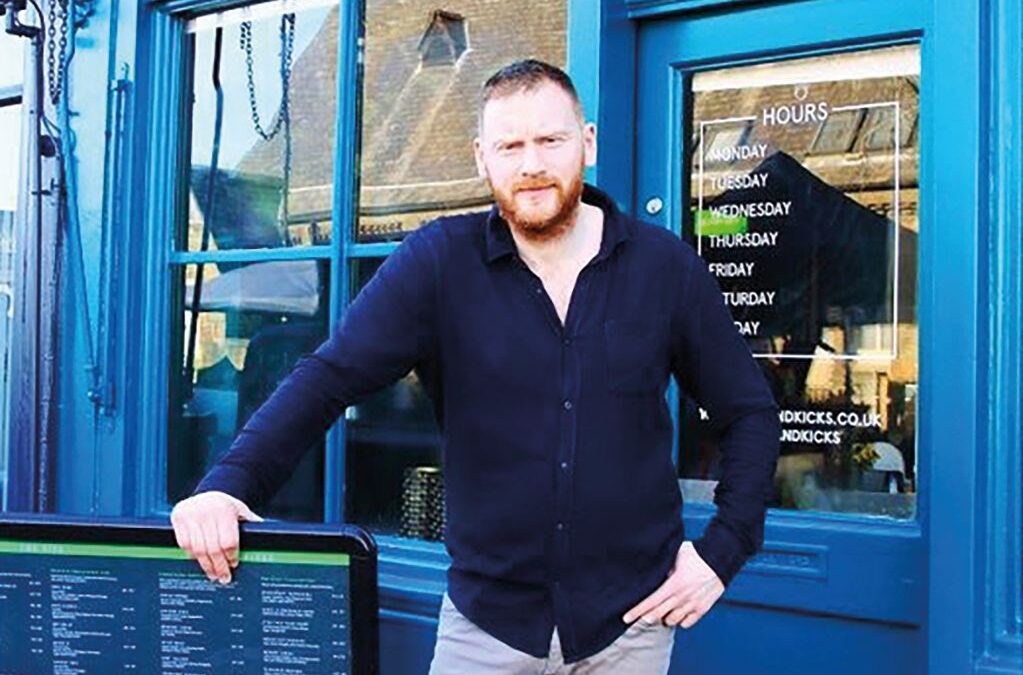 Matthew is the founder of Vits+Kicks, the latest hospitality addition to the East Dulwich area. After five years of shaking up cocktails across the country as a mobile bar caterer Matthew now brings a deliciously indulgent blend of health, wellness & fun with his first full Vits+Kicks Bar & Restaurant.

I was living in Hackney when a friend of mine suggested sharing a flat he’d found in East Dulwich. I instantly fell in love with the area and the decision to move was quickly made.

What do you most value about the area/street you live in?

I’m very fortunate to have so many quality venues and amenities on my doorstep however, the network of friends and support I’ve received since our initial pop-up with Suzanne James and then the opening of Vits+Kicks has been very special for me.

There’s such a strong sense of support amongst all the local businesses in the area it would be really hard not to!

The most famous person you’ve seen or met?

I spent a number of years working in member’s clubs, so I’ve seen a fair few in my time but getting hugged by a slightly inebriated Prince Harry is probably the one that stands out most!

Coffee. Kanella’s coffee is as good as I’ve ever had, and I’ll also make a pit stop at Bon’s occasionally as it’s directly across the road from me.

The best meal I’ve ever had..

I could pick any meal from the number of visits I’ve had to Japanese restaurants over the years. If there was one cuisine, I had to choose to eat forever it would be this.

What’s your favourite place to go for a drink?

Dan and his team at The Palmerston always have a cold one waiting for me after work which is only a stone’s throw away. I’m also partial to a pint or two at The Great Exhibition & EDT.

When I want to relax…

Probably an acoustic guitar which I found in a charity shop a good ten years ago and still play to this day.

and semi-retiring by the beach one day…