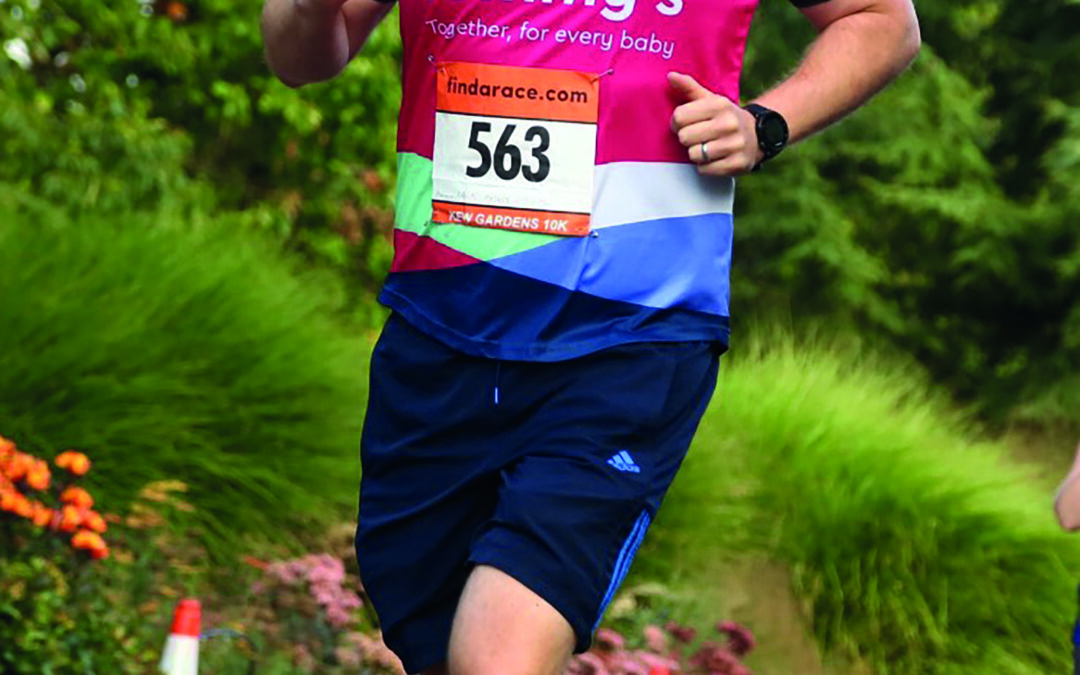 Run in 4: Aiming to break the silence that 1 in 4 pregnancies result in loss or premature birth through creating a running movement.

Right now, 1 in 4 pregnancies end in miscarriage, stillbirth or premature birth. It’s a similar figure to those suffering from mental ill health, a topic only just beginning to break its taboo. It is likely that someone you have spoken to today has lost a child, but they might not be willing to talk about it.

East Dulwich resident David, a supporter of the baby charity Tommy’s, is launching a campaign to raise awareness of those 1 in 4 pregnancies and help people realise they are not alone: that losing a child does not have to define you.

Back in 2017 David’s first son Harry was born prematurely at 26 weeks at Kings College Hospital and sadly died after just 3 days. Those 3 days gave him and his wife Sarah an insight into how it feels to be parents and to have that taken away so suddenly left them with many unanswered questions.

“I didn’t want my grief to own me. It’s a classic coping mechanism, but I started running. I wanted to run a marathon straight away but, having spent years working at a desk, my body struggled to adapt. I jumped into it too hard – I overcame the physical injuries, but the mental struggle was harder. Now, the time spent running is time I spend with Harry and that makes it better.

From being part of a running community, I have learnt how to approach running both physically and mentally and want to use something I enjoy and create a movement to help others”

To launch the movement David is attempting to break the Guinness World record at the London Landmarks half marathon on 1 August 2021 by registering the fastest time as someone dressed as the number 4.

To support the over 500,000 parents impacted by baby loss in the UK yearly, David and Tommy’s are creating a community of Run in 4 runners and supporters who will raise awareness that a great number of parents have lost a child but don’t always feel able to talk about it. We want people to feel that they can take time to remember while achieving something they may never have before they became parents.

Profits from the movement will go towards Tommy’s pioneering research and support.

Whether as runner or supporter, we want people to feel connected and not alone. Through our unique pink and blue running apparel we aim to create a sense of togetherness – for runners in a supportive community.