Exhibition: In the Tracks of Pissarro 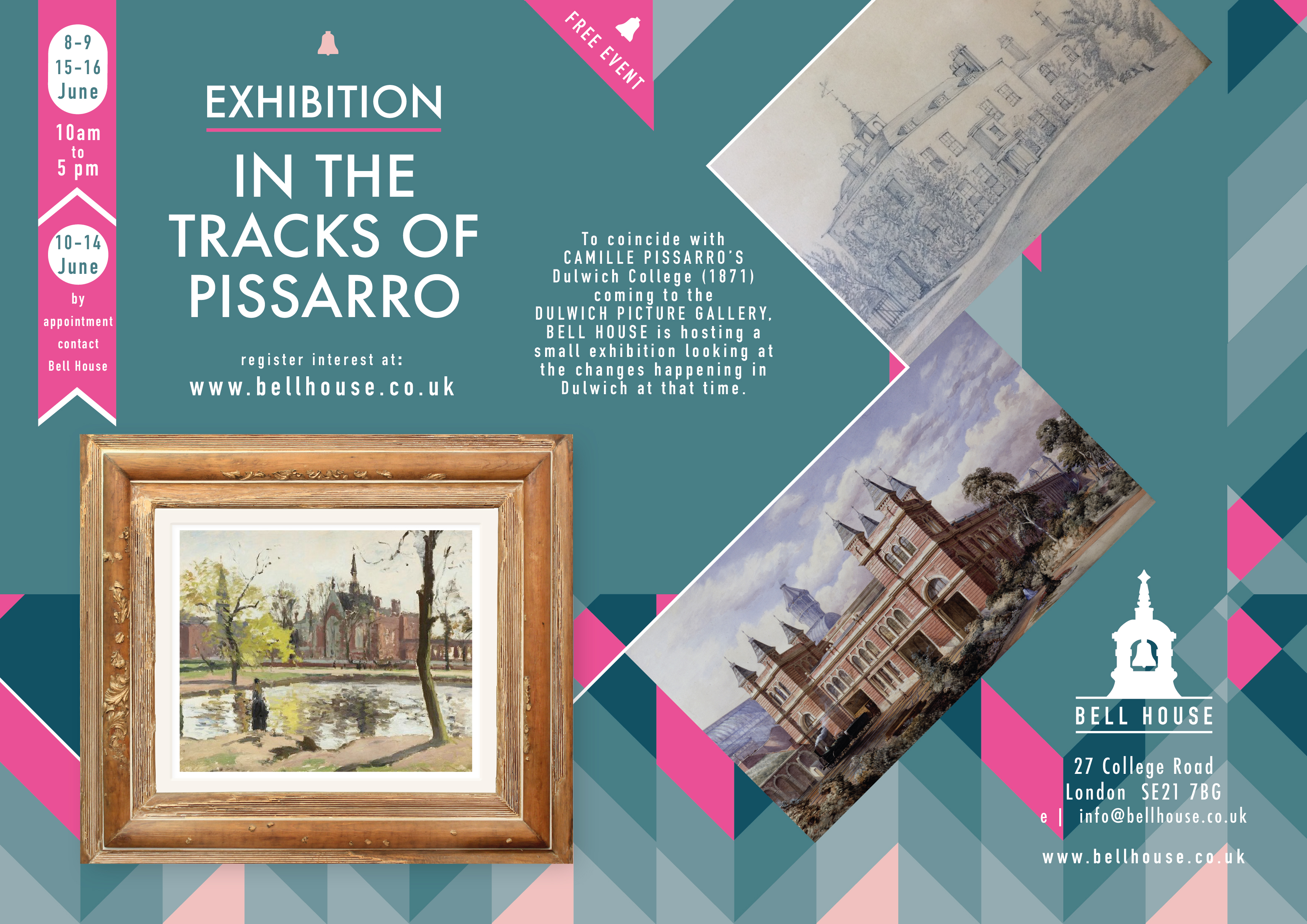 To coincide with Pissarro’s Dulwich College (1871) coming to the Picture Gallery and the College’s 400th anniversary, Bell House is hosting a small exhibition looking at 1871, a key moment of change in our part of South London.

Dulwich had been a rural retreat, at the front of Bell House you can still see the ‘ha-ha’, a sunken wall designed to keep out the sheep that were driven along College Road. It was transformed by three major developments: the relocation of the Crystal Palace to Sydenham in 1854, the arrival of the railways, and London’s expansion south. The railways paid for the new Dulwich College and made the area more accessible, encouraging development. Pissarro was fascinated by such turning points and captured the area in its transition, painting not only the new College but also the Crystal Palace and Lordship Lane station.

Bell House residents were also affected by Dulwich’s transformation. George Widdowson, a silversmith, exhibited at the Crystal Palace and must have been thrilled to see it relocated just a short distance from his front door.